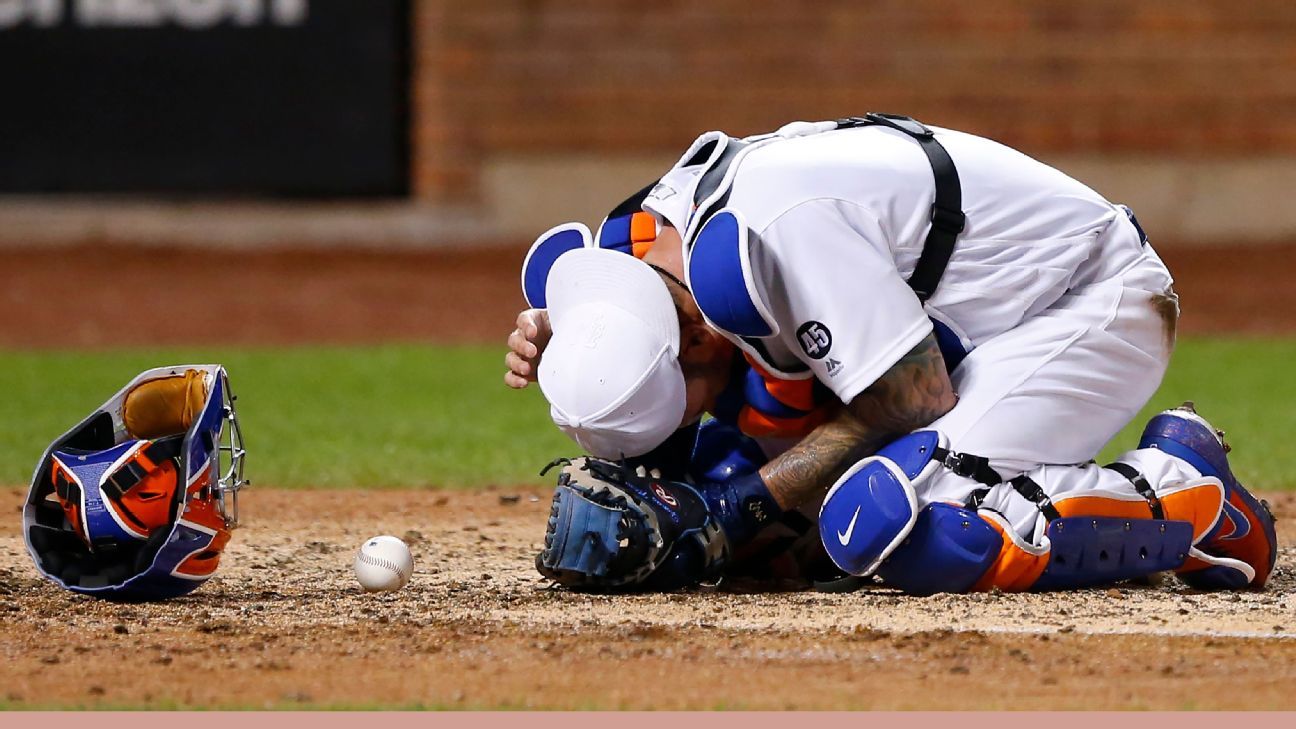 New York Mets catcher Tomas Nido left Friday night’s game against the Atlanta Braves after being struck in the head by Josh Donaldson‘s bat after the slugger followed through during an at-bat in the sixth inning.

Donaldson chased a high Jacob deGrom 3-2 changeup, and on the follow-through with his swing, he hit Nido in the catcher’s helmet. Nido went down to the ground immediately holding the back of his head.

He was visited by a trainer and stayed in the game for the final out of the sixth before giving way to Wilson Ramos when the Mets came out in the seventh.

Nido was being evaluated after the game.