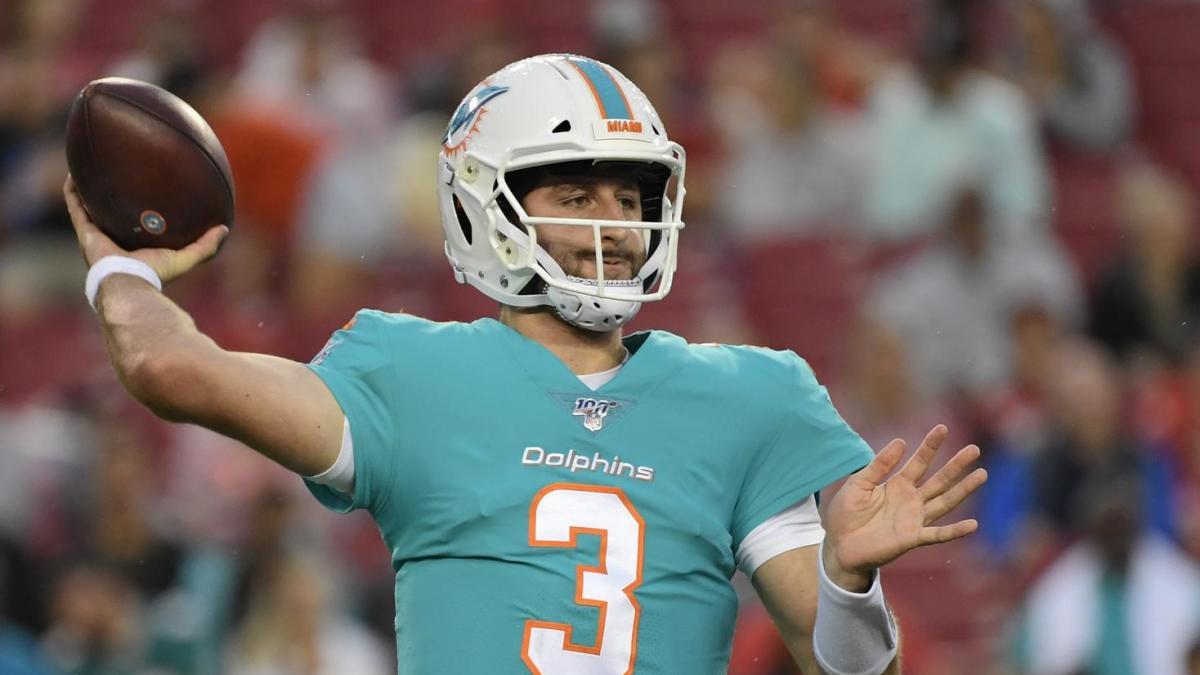 Even before watching him play well into the third quarter on Thursday night, there was no denying that veteran Ryan Fitzpatrick was in the lead to be Miami’s starting quarterback in Week 1. That’s seemingly been the road the Dolphins have been heading down all summer, even if first-year head coach Brian Flores continues to not name a starer.

While Fitzpatrick still may be the guy come the opener, Josh Rosen, who was acquired by Miami in a trade with the Cardinals at the NFL Draft, was able to make case for himself in Thursday’s 22-7 win over Jacksonville.

Fitzpatrick got the nod to start the contest and was the beneficiary of two short fields that both resulted in Miami field goals in the first half. He came out of the locker room in the third quarter and did help lead the Dolphins on an 86-yard touchdown drive before handing things over to the former No. 10 overall pick in Rosen.

The 22-year-old immediately took the Dolphins on a 99-yard touchdown drive and finished his night completing 5-of-7 pass attempts for 59 yards, while also rushing for 23 yards on four attempts. He didn’t light the world on fire as he was facing inferior competition in the final minutes of a preseason exhibition, but certainly is giving Flores some pause before ultimately coming to a decision.

“He played well, and that makes the decision harder,” Flores said. “I think that’s pretty clear, clear and evident. But there’s – again, there’s other things at play here. Fitz played well, I thought, and there’s some things – when you’ve got a young quarterback, again, I’m a proponent of not rushing that, not rushing the process for young players. So we’ll make the decision for what we think is best for Josh, Fitz, and this team.”

Flores may not want to rush into things with the likes of Rosen, but the Dolphins head coach isn’t exactly dealing with a rookie. Rosen does have experience, starting in 13 games for the Arizona Cardinals last season. He completed just 55.2% of his passes for 2,278 yards, 11 touchdowns and 14 picks, but did show flashes of his top-10 potential at times.

With that in mind, it’d be wise for Flores to see what he has in the young quarterback and if he’s a person they can build around going forward. With Fitzpatrick, you already know what you’re going to get. So, as long as Rosen continues to impress, it may not be long before he starts getting the opening nod in Miami.