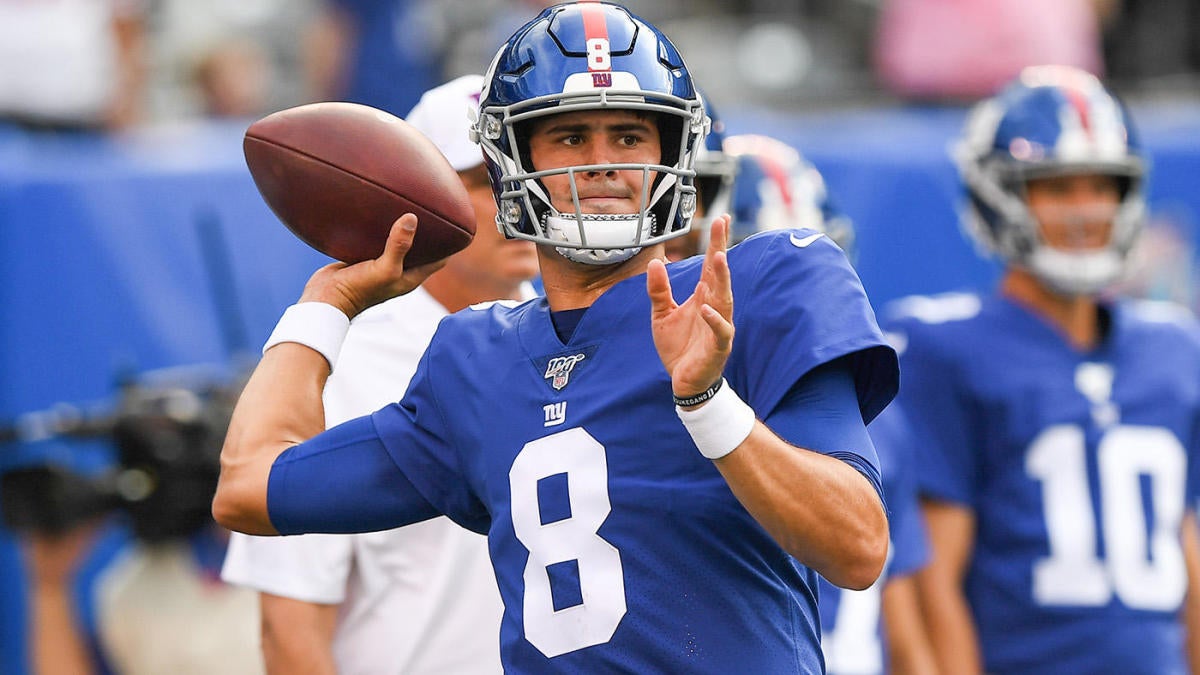 Daniel Jones has gone from widely ridiculed first-round draft pick to absolute preseason stud in a matter of four months, but could his evolution also include succeeding Eli Manning as the New York Giants‘ quarterback sooner rather than later?

It wasn’t long ago that Giants general manager Dave Gettleman infamously declared Jones could sit for as many as three years behind the 38-year-old Manning. But in the wake of “Danny Dimes” stealing the New York spotlight in recent weeks, the question now isn’t whether the No. 6 overall pick will replace Eli as much as it is when Jones will get his first start.

CBS Sports’ Ryan Wilson isn’t a believer that the rookie will start anytime soon, saying on Friday’s Pick Six Podcast — it’s our daily NFL show, listen to the entire episode below and subscribe right here — that Jones “ain’t playing” in 2019 thanks to Giants owner John Mara’s desire to have Manning stay under center the entire year.

Wilson’s Pick Six counterparts, however, are all in on “Danny Dimes.”

Wagner-McGough agreed, first tackling the notion that Mara wants Eli to keep playing by noting that teams say things — and then do different things — all the time, especially if the losses start outnumbering the wins.

“I think he’s going to play this season,” Wagner-McGough said, adding that Jones’ preseason has all but confirmed the Duke product won’t be “Christian Hackenberg” when he finally takes the field as the Giants’ starter.

Aside from three fumbles, Jones has easily been the most heralded player on the Giants’ preseason roster. Manning’s heir apparent has gone 25 of 30 for 369 yards, two touchdowns and zero interceptions through three exhibition games, posting a stat line that would put him in NFC Offensive Player of the Week consideration during the regular season. Manning has gone 9 of 13 for 86 yards and one score this preseason and remains atop the Giants’ QB depth chart with Week 1 approaching, although coach Pat Shurmur has rarely wasted an opportunity to defend his belief in Jones as a future starter.

“Like I said, you can ask me all you want about why I like him,” Shurmur said after Thursday night’s latest Jones performance, per NFL Network. “I think it’s time to start asking the people that didn’t like him what they think, quite frankly … He just has a feel for playing the position. He’s steadily getting better every time he takes the field.”