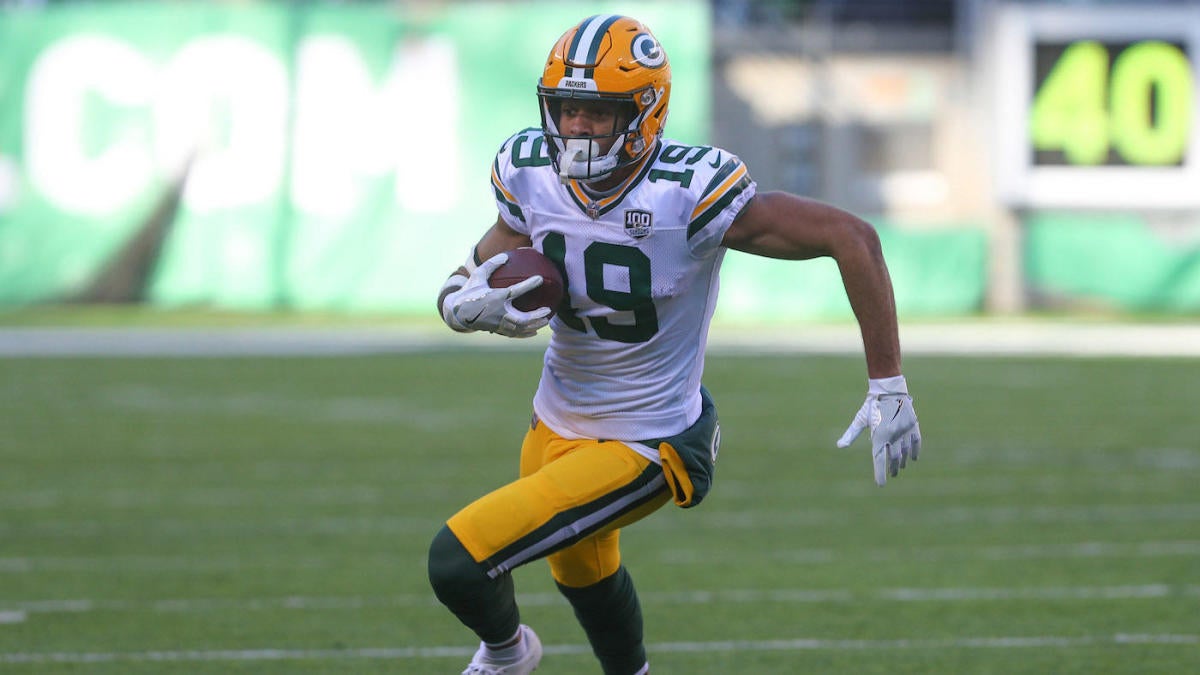 The Green Bay Packers suffered several big injuries during their Thursday night preseason matchup with the Oakland Raiders, but none was bigger than wide receiver Equanimeous St. Brown.

The second-year wideout caught a pass across the middle during the Packers’ two-minute drill before halftime, when he received a big hit to his head while his lower body was twisted around at an awkward angle. He was helped off of the field with the help of a trainer, and then was seen on crutches with a boot on his left leg, according to Lily Zhao.

While the diagnosis of a high-ankle sprain is actually very good news considering how serious the injury looked, this may be a big deal when it comes to St. Brown’s role on the team.

St. Brown didn’t have the rookie year many were hoping he would after being selected by the Packers in the sixth round of the 2018 NFL Draft. He did record three catches for 89 yards in his first start in Week 5, but otherwise was not a big-impact player. He did end 2018 with a bang when he recorded five catches for 94 yards in Week 16, however, which led many to believe that 2019 could be the year he evolves into a sneaky offensive weapon.

The problem is that he enters this season deep on the depth chart — listed behind Davante Adams, Marquez Valdes-Scantling, Geronimo Allison and Jake Kumerow.

Everyone knows Adams, who has made two-straight Pro Bowls, but the other competition in front of St. Brown is questionable.

Valdes-Scantling was drafted just one round ahead of St. Brown in 2018. He had over 200 more yards receiving than St. Brown, and also caught two touchdowns as opposed to St. Brown’s zero. He was targeted more and has made the best of his chances with quarterback Aaron Rodgers so far.

Allison has been with the Packers for the last three seasons, but has never recorded over 303 receiving yards or two touchdowns in a given season. Still, he has experience with this team and is a little older than some of the younger wideouts.

Kumerow has bounced around the NFL a bit and landed with the Packers’ practice squad in 2017. He was finally promoted to the active roster for the first time in Week 13 last year, and made eight catches for 103 yards and one touchdown in five games.

As you can see, the competition ahead of St. Brown is either young or unproven — something that St. Brown is both of. The fact that he’s behind on the depth chart and will now have to miss time is not going to be beneficial to him.

Missing a few games doesn’t present an insurmountable challenge that’s going to derail the entire track of St. Brown’s career, but he had a great chance this preseason to make a name for himself. Instead, he recorded just one catch this preseason, and it was the play that will cost him time at the beginning of the regular season.

There are going to be growing pains for everyone when a first-year head coach is challenged with implementing his offense — but being able to stand out in these early stages when everyone is learning is pivotal when it comes down to position battles. St. Brown now does not have a chance to do that.