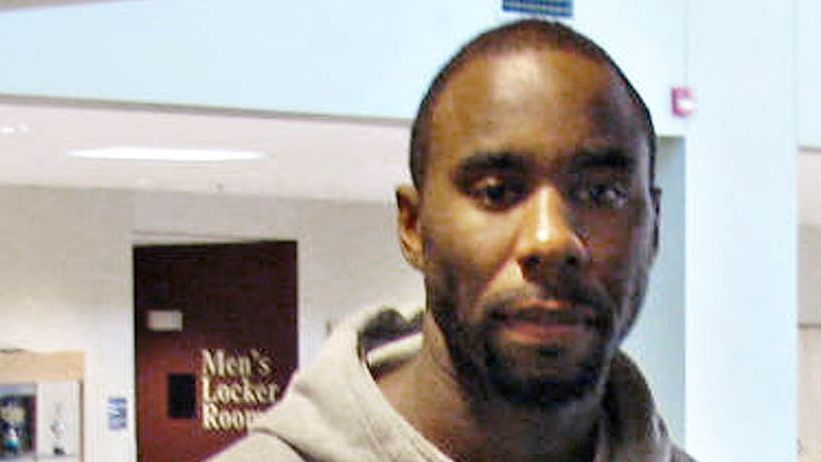 If convicted, Cleaves could have received a 15-year prison sentence.

A nine-woman, three-man jury deliberated for less than three hours, and Cleaves wailed loudly after the verdict was read.

The jury’s verdict touched off cheers that were so loud in the hallway outside Genesee Circuit Judge Celeste D. Bell’s courtroom that a sheriff’s deputy had to remind the crowd where they were. So Cleaves took his supporters outside and celebrated on the courthouse steps.

“I’ve been waiting for four years for the truth to come out,” Cleaves told the crowd. “I’ve been ridiculed in newspapers, in the media. …

“To be portrayed as a rapist, it broke my heart every day. But lying about rape is just as bad.”

During the nearly two-week trial, prosecutors had played clips from a surveillance video outside the Knights Inn motel that prosecutors said showed Cleaves, clad only in socks, pulling the near-naked Mount Morris woman back to a motel room twice. They also called a witness, Coleen Dowdall, who said that the woman was crying and hysterical and repeatedly pleaded, “Help me,” as she stood in the walkway of the motel.

Cleaves met the woman at a charity golf outing at Warwick Hills Golf and Country Club in Grand Blanc, Michigan, and drank at a nearby bar and grill that night with some of her co-workers, including her boyfriend. As the group dispersed around 1 a.m., Cleaves, according to multiple witnesses, suggested they head back to the bar at the golf course.

The woman, who was believed to be intoxicated, rode with Cleaves. But they did not end up at the golf course. He drove her to a gas station, then the Knights Inn motel in Mundy Township. There, the woman said, Cleaves sexually assaulted her.

The woman testified for more than four hours last week. Cleaves did not take the stand.

Juror Michael Lambert said the jury spent about 45 minutes of their deliberation viewing the surveillance video. It didn’t sway their verdict. But the jury did notice inconsistencies in her testimony and her original statement, he said.

Local attorney Glen Lenhoff called the case one of the biggest in the history of Genesee County because of who was on trial and what was at stake.

Cleaves grew up in Flint, a town of about 102,000, and still calls the community his home. He is probably the area’s biggest celebrity. Many people in the area watched him go from high school All-American to one of the “Flintstones” who led Michigan State to a national championship in 2000 and then went on to the NBA. All of the Flintstones were represented, sort of, in the seven-day trial. Morris Peterson showed up for one day of testimony, and Charlie Bell’s mom, Belle Bell, was in the courtroom for multiple days.

Men’s basketball coach Tom Izzo was there for closing arguments Tuesday. He hugged Cleaves before they entered the courtroom and sat roughly 15 feet away from him.

“The Cleaves name means something in this town,” Cleaves said. “Not just with sports. I watched my mother house women that had been raped and put them in safe situations. I watched my father fight for peoples’ rights in this community. So I want to apologize for dampening that somewhat with this crazy issue we had to deal with.”

Prosecutors had suggested that Cleaves’ celebrity status might have led to preferential treatment, at least from the Mundy Township police, who did not take an incident report in the early morning hours of Sept. 15, 2015, and gave Cleaves a ride home. Sgt. Ron Johnson testified that the woman, who appeared to be intoxicated, initially didn’t say she was assaulted.

Wayne County assistant prosecutor Lisa Lindsey declined to comment as she left the courtroom. The woman’s mother did not immediately respond to a call from ESPN.

The case did not move seamlessly through the court system. Judge Cathy Dowd had dismissed the case in December 2016. Dowd has since retired. After an appeal, Genesee Circuit Court Judge Archie L. Hayman ruled that Dowd abused her “discretion of power” in finding no probable cause and reinstated the charges in 2017.

Cleaves’ legal team then tried to appeal, but the Michigan Supreme Court refused to review Hayman’s decision to reinstate the charges. Cleaves had long denied the allegations.

Wayne County, which is where Detroit is located, prosecuted the case because the Genesee County prosecutor had a conflict of interest.

“I just want to be very clear that the accuser had her day in court,” said Mike Manley, one of Cleaves’ attorneys. “Twelve citizens listened to the evidence and less than [2½] hours unanimously said not guilty. This case is put to bed. This case is put to rest. And this man deserves his life back.”