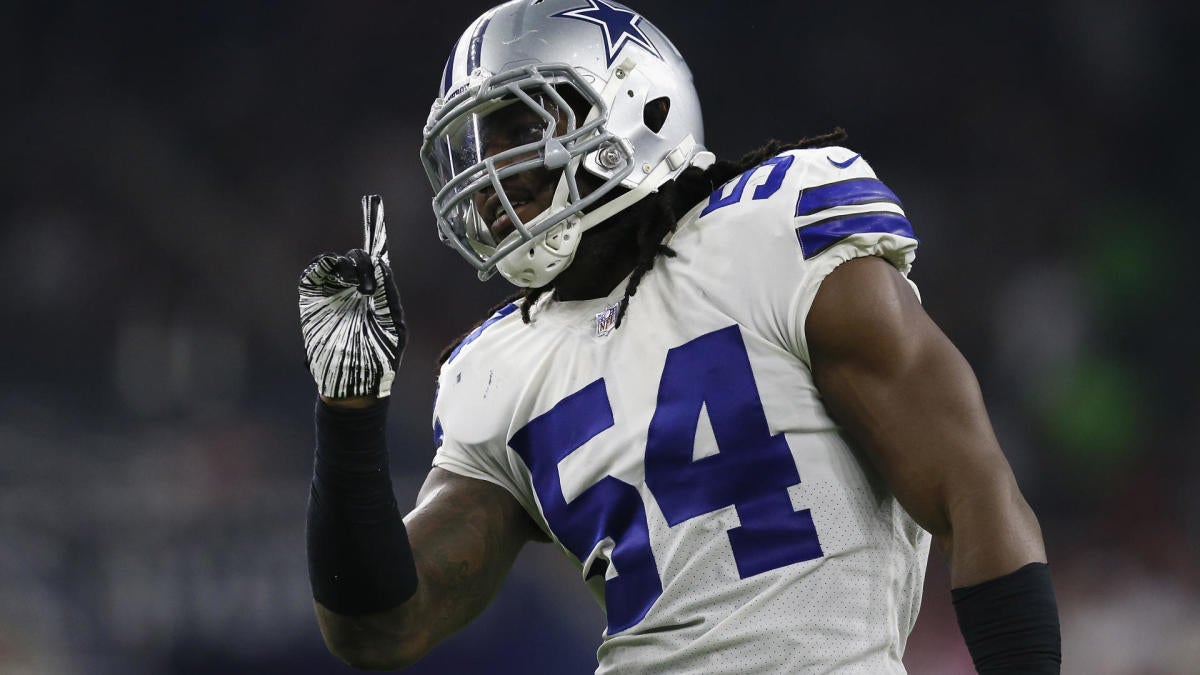 Jerry Jones and Jaylon Smith worked together on a contract extension with the same goal in mind — to keep a young and talented Dallas Cowboys roster together.

Smith will officially be a Cowboys’ linebacker for a very long time to come. The team held a press conference to confirm they’ve signed the 24-year-old to a contract extension some didn’t see coming, but a source confirmed to me in May that both sides had begun preliminary talks with the goal of potentially securing Smith for the future and ahead of schedule.

The linebacker has now inked a five-year deal worth $64 million with $35.5 million in guaranteed money, per team exec Stephen Jones, with his $12.5 million average annual salary slotting just above Luke Kuechly and directly beneath Deion Jones — making him the fourth-highest paid linebacker based upon average annual payout. His guaranteed money is lower than only two other NFL stars at his position, namely Bobby Wagner and C.J. Mosley.

When asked if there was still “pie left” for deals on Prescott, Cooper, and Elliott, both Joneses agreed there was and went on to say how they’re “very confident” in their chances of getting all three offensive stars on longterm deals. The team is only four months removed from setting the 4-3 defensive end market with a historic deal on DeMarcus Lawrence, but Smith’s deal won’t push any bars higher in the market over Wagner. All things considered, it was the easiest of the four pending deals to get done, and so it did.

They’ll now get back to work on having three more pressers in the next few weeks, or at least that’s their goal.

And when it comes to Smith’s new deal, while the numbers on this deal are sizable and show a true commitment to a fully-rehabbed Smith — who suffered a devastating knee injury in January 2016 that nearly ended his football career — the contract is also one that’s fairly team-friendly and also two years ahead of schedule. Smith was slated to be a restricted free agent in 2020, with the Cowboys holding his rights, but he’ll instead ready for being a Cowboy through 2024.

“A lot of people didn’t know [if I’d play football again], but I knew,” Smith said, speaking at the press conference announcing his new contract. “Jerry, you knew. Stephen, you knew. And that’s why you took a chance on me. … I’m fortunate to be a Cowboy for life.”

Smith was selected with the 34th-overall pick in the 2016 NFL Draft, and carried a risk that has now become commensurate with the reward, following a breakout year in 2018.

“It’ll go down as one of the greatest picks this organization has ever made,” Stephen Jones.

Smith admitted the deal got done in less than 10 days, and that gives the Cowboys a bit of a win as they work to also sign Dak Prescott, Amari Cooper and Ezekiel Elliott. Jones noted it was Smith that approached the Cowboys with the thought of getting the deal done, which is much different than how Prescott and Cooper are currently playing the market — and have been since talks began.

At the end of the day, Smith was ready to marry the Cowboys for the next half-decade, and he got his wish.

“I’m blessed to be a part of the Cowboys for life,” he said. “This is just the beginning.”