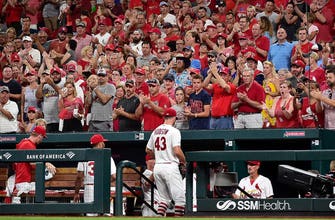 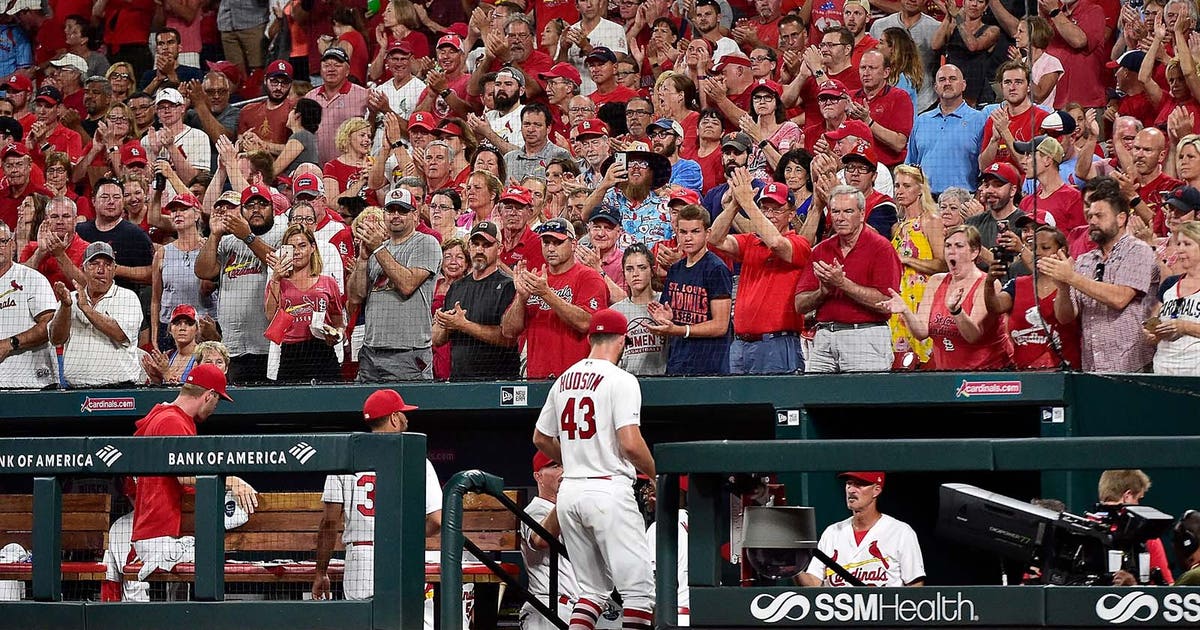 ST. LOUIS — Only when Dakota Hudson reached the dugout after being removed from the game did he realize something was different.

“Guys were giving me hugs instead of handshakes,” the St. Louis Cardinals starter said. “I thought, what was going on? I didn’t know it was a no-hitter.”

Hudson and two relievers combined on a one-hit shutout as the Cardinals beat the Milwaukee Brewers 3-0 Monday night in a series opener between NL Central contenders.

Paul DeJong homered for St. Louis, which increased its division lead to a half-game over the idle Chicago Cubs. Third-place Milwaukee is three games back.

Hudson (12-6) matched a career high with seven strikeouts and walked four — including his final batter, Eric Thames. Gallegos retired Ben Gamel on a grounder to end the inning.

Taking out Hudson was not a difficult decision, Cardinals manager Mike Shildt said.

“He did his job,” Shildt explained. “We saw the tea leaves and the way the game was going.”

Orlando Arcia reached on an error by DeJong at shortstop to begin the eighth before Gallegos got two outs. Grandal then hooked a 1-2 slider just inside the right field line, and the ball bounced into the stands.

“I think it was a good breaking ball,” Gallegos said. “He’s a good hitter, too.”

Grandal was just trying to give his team a chance to come back.

“I don’t really care whether we’re getting no-hit or not. We’re still trying to win the game,” Grandal said. “Got here with just having him miss the spot and I was able to get a double out of it, but for me it was just pretty much, get the guy up behind me to the plate and give him a chance to tie the game.”

Miller relieved and, after an intentional walk to Christian Yelich, got Mike Moustakas to ground out with the bases loaded.

“He’s the MVP,” Moustakas said about Yelich. “It’s a pretty intelligent decision. I wouldn’t want to pitch to that guy. That’s just kind of how baseball is.”

Miller then closed it out in the ninth.

Milwaukee’s best chance for a hit against Hudson came in the sixth when Trent Grisham hit a hard grounder up the middle. DeJong made a diving stop and threw out Grisham at first base.

“I was just out there competing and trying to throw up some zeros and get a win,” said Hudson, who has completed seven innings twice in his two-year major league career.

The 24-year-old right-hander threw six sharp innings in a 6-0 victory at Kansas City last time out. Before that, he allowed 11 runs (10 earned) over 11 2/3 innings during a three-start span.

St. Louis scored twice in the fifth off starter Zach Davis (8-6), who pitched five innings. Matt Carpenter drew a leadoff walk and went to third when Yadier Molina singled to right field. Carpenter scored on a grounder to second by Kolten Wong, who beat the relay throw to foil a double-play opportunity.

Hudson laid down a sacrifice bunt to advance Wong. Dexter Flower hit a bloop single to shallow left, scoring Wong for a 2-0 lead.

DeJong added his 22nd home run with two outs in the sixth off reliever Devin Williams, knocking out the glass in the M on the Big Mac Land sign. DeJong has hit safely in his last 10 games against the Brewers.

NO RUNS FOR YOU

The Cardinals threw their eighth shutout of the season and their major league-leading fourth in August. It was their third in the last seven games.

The Brewers (25) and Cardinals (21) have combined for 46 home runs in the first 11 games of their season series. St. Louis’ single-season record for homers against the Brewers is 24 (2003 and 2018). The Brewers have already matched their single-season high against St. Louis set in 2017.

The Cardinals conclude their season by playing 24 of their final 41 games at Busch Stadium, including 15 of 18 beginning Monday. St. Louis is 35-23 at home to rank fourth in the National League with a .603 winning percentage.

Brewers: RHP Jhoulys Chacin (right lat) is throwing bullpen sessions but there is no timetable yet for when he will face hitters. … RHP Brandon Woodruff (left oblique) is playing catch. “He’s exactly where he should be,” manager Craig Counsell said.

Cardinals: OF Tyler O’Neill (left wrist strain) is ready for a rehab assignment at Triple-A Memphis within the next couple of days. He took batting practice Monday. “I have full confidence in my ability. Hopefully, I’ll be back soon,” O’Neill said. “This is unfortunate. It was a freak accident on a swing. Good thing is I’m feeling good. I’m healthy now. What matters now is getting at-bats. I’m ready for competition.”

Cardinals: RHP Michael Wacha (6-6, 5.44) is one of three pitchers to have a perfect career winning percentage against Milwaukee with 10 or more starts. He is 6-0 and has held the Brewers to two or fewer runs in each of his last four starts against them.