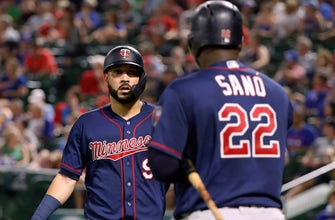 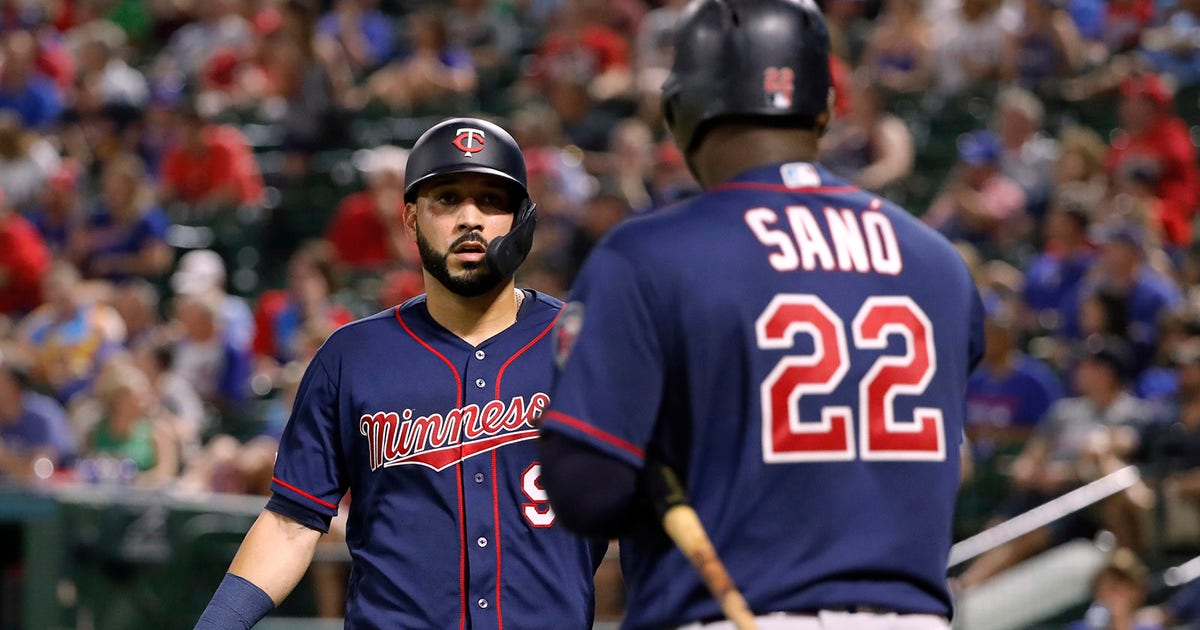 ARLINGTON, Texas — C.J. Cron had a two-run homer in Minnesota’s six-run first inning, and the Twins went on to beat the Texas Rangers 12-7 on Saturday night.

Tyler Duffey (4-1) earned the win by retiring the last two batters of the fifth inning to leave the bases loaded. It became the second victory he got on the day because hours before the game he was awarded a win for Minnesota’s 4-3 victory Friday night that originally was credited to Sam Dyson.

The Twins increased their lead in the AL Central Division to 2 1/2 games, their largest since Aug. 6.

The Rangers have lost nine of their last 11 games and are three games under .500 for the first time since May 18.

Ariel Jurado (6-9) nearly escaped the first inning scoreless, but a relay throw to him to complete what would have been an inning ending 3-6-1 double play skipped off the top of his glove as he ran across the bag. Jurado allowed a career-high eight runs — including the six unearned in the first — for the second straight start in two innings.

Miguel Sanó also homered in the ninth for Minnesota. It gave the Twins a major league leading 240 home runs, putting them on pace to break the record of 267 set last season by the New York Yankees.

Danny Santana hit two two-run homers in the first two innings, giving him 21 this season after going into the year with 13 in 364 career games. Santana became the fourth player in the history of the Rangers-Washington Senators franchise to homer in each of the first two innings, joining Mark Teixeira, Carl Everett and Ian Kinsler — who did it twice.

The benches cleared after Marwin Gonzalez‘s ground out to end the top of the eighth when Gonzalez and Rangers reliever Shawn Kelley exchanged words.

Gonzalez, Sanó, Jorge Polanco and Jake Cave each had three hits for Minnesota.

Twins: LHP Martín Pérez (8-5, 4.57 ERA) will make his return to Globe Life Park after spending his first seven big league seasons with the Rangers. Pérez beat Texas at home on July 5 in his only appearance against his former club.

Rangers; RHP Lance Lynn (14-8, 3.54) spent the first half of last season with the Twins and has never faced Minnesota in seven-plus major league seasons. Lynn is 2-2 in his last four starts despite allowing only four total earned runs.