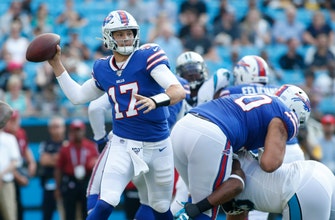 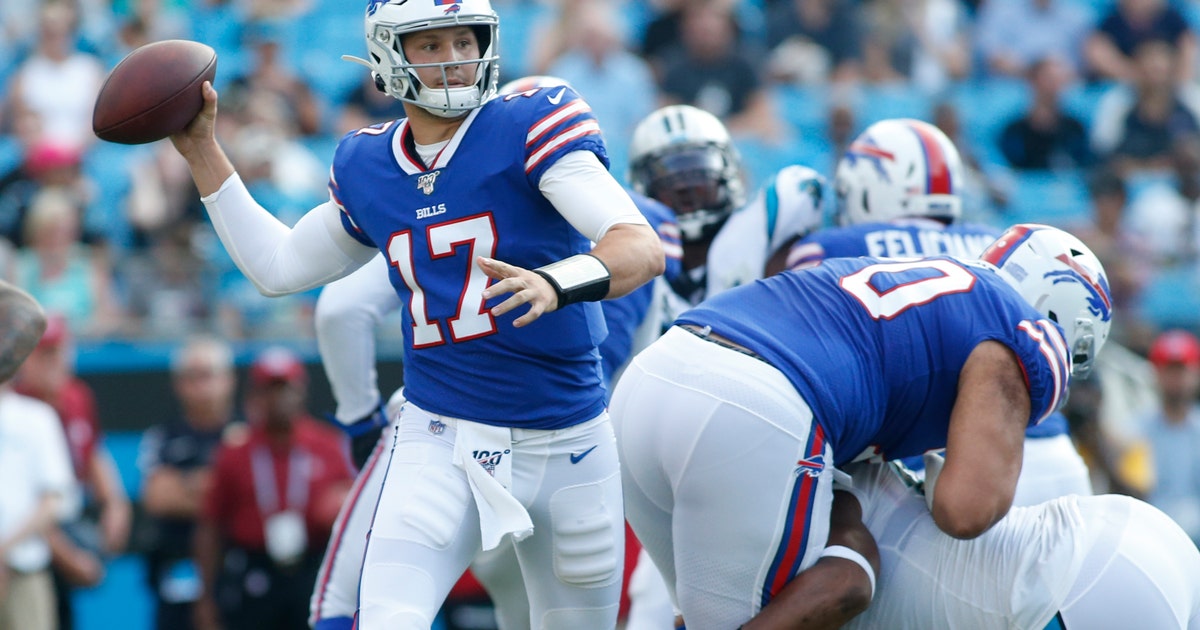 He was eager and ready to go — and it showed.

Allen shook off some first-game jitters and completed 9 of 11 passes for 102 yards and led two scoring drives, Kevin Johnson returned an interception 71 yards for a touchdown, and the Buffalo Bills beat the Carolina Panthers 27-14 on Friday night in the second preseason game for both teams.

“We won the coin toss, and from that point on we were ready to go,” Allen said.

Allen is looking to build confidence after going 5-6 as a rookie starter last season. He took a step forward against the Panthers, leading a 13-play, 63-yard drive that culminated in a field goal, and a touchdown drive capped by a 1-yard run by LeSean McCoy to put Buffalo (2-0) up 10-0 early before exiting the game. His only regret is getting to play just two possessions.

“It looked like the game slowed down this week a little bit for him and that’s good to see,” Bills coach Sean McDermott said of his second-year quarterback.

Matt Barkley also looked solid in a backup role, completing 8 of 10 passes for 110 yards, including a 9-yard TD pass to Duke Williams.

The Panthers (1-1) struggled mightily on offense without Cam Newton, who didn’t play for the second straight week.

Buffalo’s defense held Carolina to 132 yards in the first half after spending two days facing the Panthers in joint practices earlier this week. The Panthers didn’t help themselves with five holding penalties before halftime.

Panthers coach Ron Rivera said he was disappointed in his team’s performance.

“We had a lot of young guys out there that need to turn the corner,” Rivera said. “The first two games were really about the young guys getting chances. Quite frankly, from perspective, I don’t think some of the young guys stepped up when they had the chances.”

Rivera said Wednesday all of his regular starters would play, but reversed course before the game and decided to rest Newton, running back Christian McCaffrey, tight end Greg Olsen, and linebackers Luke Kuechly and Shaq Thompson.

Kyle Allen got the start for the Panthers for the second straight game and was ineffective, completing 4 of 11 passes for 32 yards while playing into the second quarter.

Rookie Will Grier, the team’s third-round draft pick, didn’t do any better. He threw his second pass into double coverage near the sideline, resulting in an easy pick-6 for Johnson making it 17-0 Buffalo with 7:20 left in the second quarter.

Rivera said Grier needs to get quicker with his decision making.

“He made a bad read on the throw and threw it to the outside when he should have thrown it inside,” Rivera said of Grier’s interception to Johnson.

After his 71-yard interception return, Johnson found his father in the stands and gave him the football.

“My pops,” Johnson said. “Him coming out here, supporting me and watching the game. I just wanted to give that to him.”

“More of the same,” Reid said. “Jay-Z claimed to be a supporter of Colin (Kaepernick). He wore his jersey, told people not to perform at the Super Bowl because of the treatment the NFL gives Colin. And now he’s going to be a part owner. … It’s kind of despicable.”

Reid kneeled for the national anthem, continuing his protest against social and racial injustices in America.

Perhaps the best offensive play came from a former English rugby player, Christian Wade, who caught a swing pass from Tyree Jackson and broke four tackles en route to a 48-yard gain before being tackled near the goal line.

“Awesome,” McDermott said with a smile. “I could feel the sideline like a tidal wave about to come over me.”

The 28-year-old Wade is a long shot to make the Bills — he’s seventh on the depth chart — but is hoping to defy the odds after scoring 82 tries in premiership rugby, the top division in England.

Bills rookie cornerback Cam Lewis suffered a concussion in the first half and did not return.

Panthers: visit the New England Patriots on Thursday night in what could be Newton’s first action of the preseason.