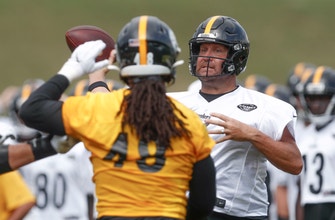 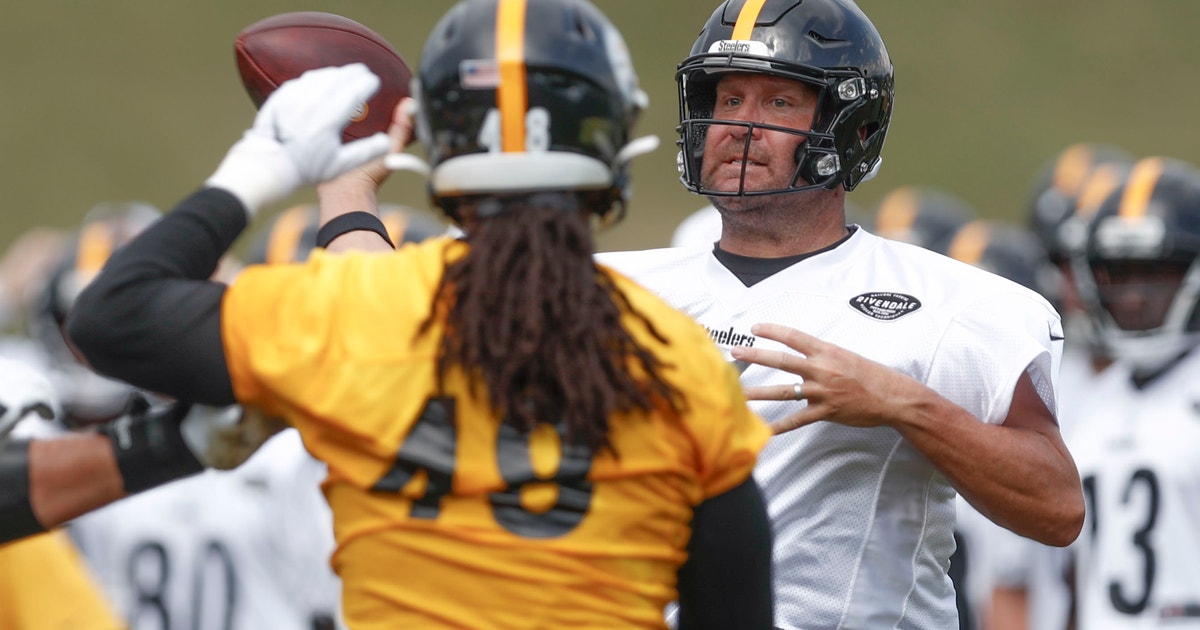 LATROBE, Pa. (AP) — The unofficial credo as part of the Pittsburgh Steelers coaching staff for Darryl Drake this season was, “Shut out the noise,” quarterback Ben Roethlisberger relayed as training camp wrapped up Thursday.

Drake perhaps was tacitly referring to some of the offseason off-field drama surrounding the Steelers, much of it in the wake of his star pupil, Antonio Brown, engineering a trade out of town.

But after Drake was found dead in his Saint Vincent College dormitory room early Sunday morning, “Shut out the noise” could in some small way be applied to the grief the Steelers are feeling as they head back to work preparing for the season.

“It’s hard to get back to the game you love because he’s not out there telling you what to do, he’s not out there yelling,” Steelers receiver Ryan Switzer said. “So it’s hard — but it’s part of our profession, and it’s something we have to do. And something that coach Drake would want us to do. Quite frankly, he’d be (ticked) at me right now for taking it as a hard as we are.”

Switzer repeatedly stopped to compose himself and multiple times appeared to hold back tears during a three-minute session of speaking to reporters Thursday, the first time he felt able to do so since Drake’s death.

The team attended a memorial Tuesday evening for the longtime NFL and college position coach who joined the Steelers prior to last season. Drake, who was 62, was beginning his 16th consecutive season as an NFL wide receivers coach.

His death hit many of the Steelers receivers hard.

Drake, who had three daughters, quickly made an impression with the Steelers that extended beyond the wide receivers’ room.

“I think in that year and a half he meant more to me than some people that I’ve known for my whole life,” Roethlisberger said. “I know he was an amazing football coach — but he was an even better man, a better husband, better father, and a better man of God than he was a football coach.”

As the team’s oldest and longest-tenured member and co-captain, Roethlisberger strived to be a source of comfort to younger players who worked more closely with Drake.

“Sometimes, the best thing you can do for grief is to listen,” Roethlisberger said.

Switzer was one of the players who needed to be consoled when the Steelers returned to practice Tuesday following two days to mourn.

On Thursday, Switzer characterized Drake’s impact on his life as “immeasurable.” Switzer said that when he joined the Steelers in late August 2018 as his third NFL team in 16 months since being drafted, he immediately took to Drake as a “trustworthy person … so welcoming and so warm.”

“Coach Drake, beyond a shadow of a doubt, was that special person,” Switzer said. “The outpouring of love and support and kind words he’s gotten from everyone he came into contact with, I certainly quite didn’t understand the amount of people he reached and touched until I saw it. But it didn’t surprise me because I knew the man.”

The Steelers have not yet announced who will take over Drake’s duties or if they will hire a replacement. They also have not divulged any formal plans to honor Drake this season, though coach Mike Tomlin indicated such ideas were being formulated.

“What he brought to this team and to me and our relationship together, is truly something that can be never replicated,” Roethlisberger said. “He will be very dearly missed, but we know he will be with us and that he’s in a better place.”