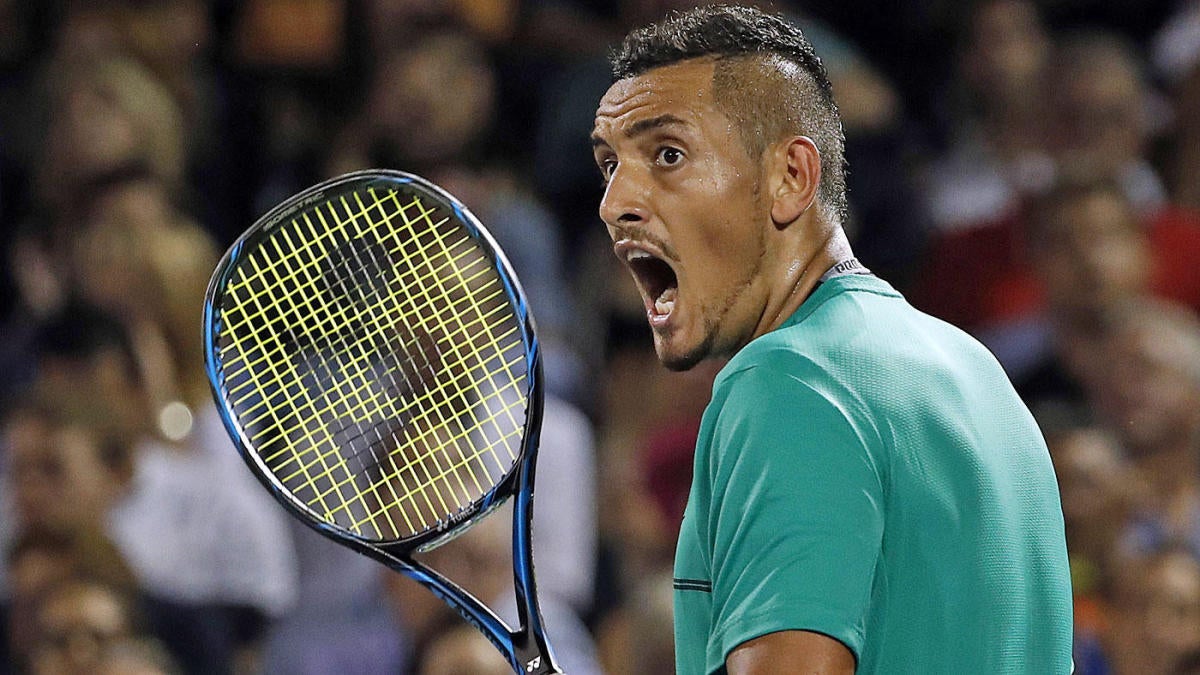 Australian tennis player Nick Kyrgios had a costly outburst on Wednesday night at the Cincinnati Masters that involved him destroying two tennis rackets in the locker room. Kyrgios, who is never one to hide his emotion, had a series of meltdowns in his second-round 6–7, 7–6, 6–2 loss to eighth seed Karen Khachano from Russia.

It started after he received a time violation and made comments to the chair umpire, Ferguson Murphy, saying the whole thing was “hilarious, bro,” and pointed to the chair saying, “absolute rubbish… disgrace.” He was upset at when the time clock began and thought he was playing just as quickly, if not faster, than other top players.

The Australian was vocal throughout the match, and in the third set called Murphy “the worst f—ing referee ever” after getting a violation code. He then headed into the tunnel for what was said to be a bathroom break, taking two rackets and a towel with him, while looking visibly upset.

“He went to the bathroom with two rackets and came back with two broken rackets,” Murphy said over the walkie-talkie.

The 24-year-old did not receive a racket penalty but given the time it took to re-grip his new one he was handed a time penalty.

The match ending did not mean the end of the commentary from Kyrgios. While heading over to shake hands with his opponent, Kyrgios muttered negative comments about Murphy to himself. As he approached the chair, Kyrgios can be clearly heard calling the referee a “f—ing tool” and appeared to spit in Murphy’s direction.

Kyrgios will pay for his actions, literally, and is being handed a $113,000 fine. The statement regarding the fine details what he is being sited for and how much the fine equates to for each violation.