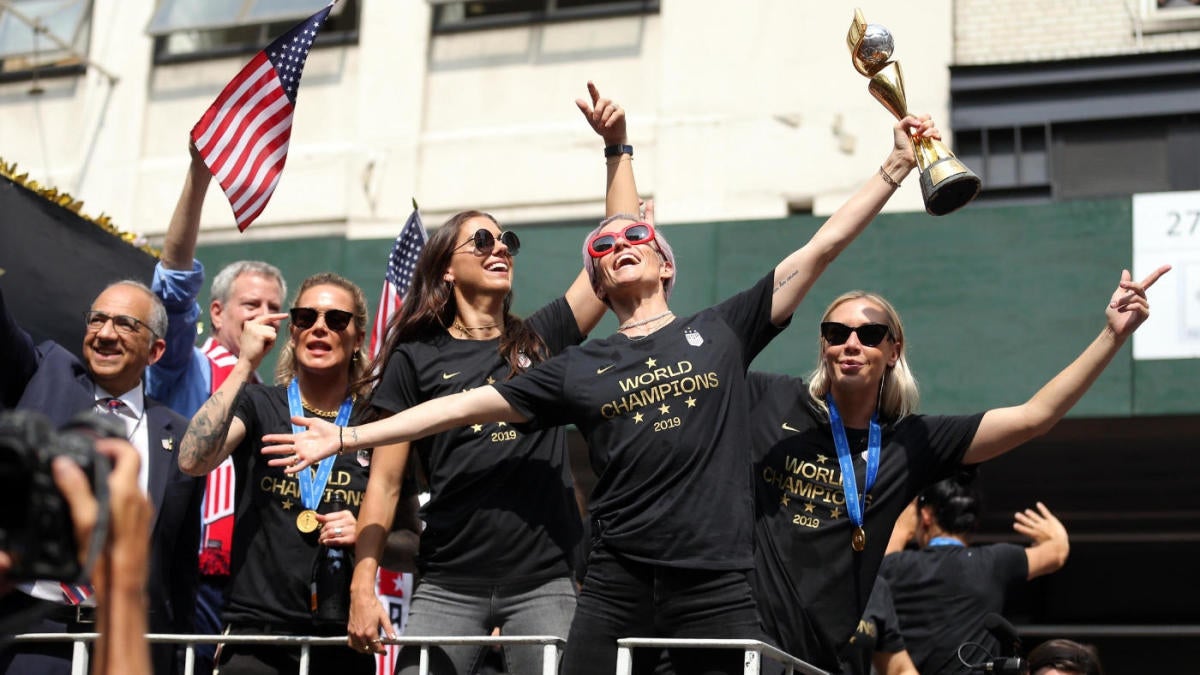 The United States women’s national team and the U.S. Soccer federation met on Wednesday to discuss and attempt work out the fight for equal pay, but after the meeting team co-captain Megan Rapinoe says she now believes the U.S. Soccer president Carlos Cordeiro is on the wrong side of history. Rapinoe and teammate Christen Press went on CBS This Morning on Thursday to discuss why they walked out of the mediation after just one day and how they feel about the USSF after the discussion.

The USWNT filed a lawsuit against the U.S. Soccer federation in March alleging gender discrimination. Since the women have won the World Cup, U.S. Soccer has hired lobbyists to add to their fight and Cordeiro put out an open letter claiming the women were actually paid more than the men in the last decade.

The players believe this fight could be a moment for Cordeiro and U.S. Soccer to make a statement and be pioneers in the greater issue of equality.

“I think we would like to see U.S. Soccer take a stance of leadership on this issue,” Press said. “I think we have an amazing opportunity to change something that is systematically affected women everywhere.”

When asked if the team would boycott the 2020 Olympics, the two players shifted their answer towards their next steps, and did not address if holding out next year would be an option. Press said she is confident that if the fight goes to litigation the team has “a great case.” She said their fight is based on a “very simple principal that we think is fair and right, and it is the law.”

For the USWNT, the fight has always been about more than money. The goal is to put a spotlight on a larger issue and recognize the inequality not only in soccer but in other jobs as well.

The two World Cup champions stated the federation would not budge on “the issue of equality” in the meeting and credited that as the reason members of the women’s team, and representatives on their side, walked out.