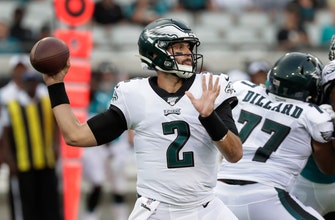 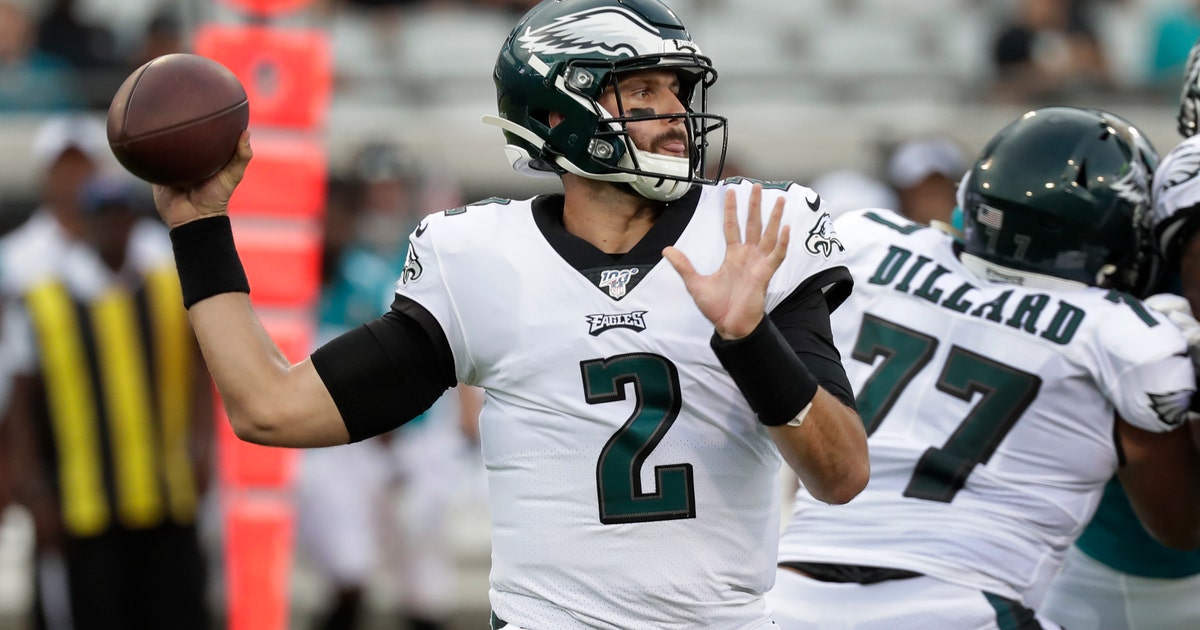 Philadelphia’s third-string quarterback was knocked out of the team’s 24-10 preseason victory against the Jaguars on the opening drive Thursday night. Defensive end Datone Jones came unblocked off the edge and walloped Kessler in the back.

Kessler was escorted to the sideline, evaluated for a head injury in the locker room and then placed in the concussion protocol. The team already was without backup Nate Sudfeld, who broke his left wrist in the team’s preseason opener against Tennessee. Starter Carson Wentz rested for the second straight game. He watched from the sideline in uniform, but without pads and a helmet.

“In my 14 years playing or while coaching, I don’t know if I’ve ever been a part of where we lost two quarterbacks like this,” coach Doug Pederson said. “The beauty of it is that we get them both back and we’ve still got a couple weeks of preseason to work out some of the details.”

Pederson said the team would evaluate Kessler’s recovery over the weekend before deciding whether to sign another quarterback.

“We can get by with just two guys,” Pederson said. “It does put a little more load on both of those guys, but … we’re not ruling (Kessler) out until we evaluate him.”

Rookie Clayton Thorson, the only other QB on the roster, played three-plus quarters and completed a 38-yard touchdown pass to former college quarterback and Alliance of American Football receiver Greg Ward on fourth down in the second quarter.

Thorson beat the blitz by lofting a deep ball toward the left sideline. Ward was a couple of steps behind safety C.J. Reavis, made an acrobatic catch and then outran two defenders to the end zone. It was another big play in the past three weeks for the 5-foot-11 wideout who threw for 8,704 yards and accounted for 91 touchdowns in four years at Houston.

Ward finished with two receptions for 42 yards. He also attempted a pass on an end-around play.

Thorson completed 16 of 26 passes for 175 yards, with a touchdown and an interception that led to a late score.

Neither team played many starters.

Rookie Gardner Minshew started in place of Foles for the second straight week and looked better than his debut in Baltimore. Minshew, who threw for 46 yards in a 29-0 loss to the Ravens, completed 19 of 29 passes for 202 yards. He tightened his grip on the backup job.

Here are some other things to know about the exhibition game:

Foles and Kessler were among a handful of players facing their former team.

Foles and Wentz shared a hug near midfield during warmups. Kessler, who started four games for Jacksonville in 2018, exchanged pleasantries with several ex-teammates.

Eagles defensive tackle Malik Jackson, who spent the last three years with the Jaguars, chatted with Campbell and Fournette during halftime.

Jacksonville scored for the first time in the preseason on Josh Lambo’s 36-yard field goal just before halftime. The Jags squandered a good chance earlier in the quarter when Michael Walker let a deep pass slip through his hands on second down and then Minshew was sacked and fumbled on the next play.

“We’ve got to come up with that catch,” Marrone said.

Jaguars running back Alfred Blue left the game in the first half with a left ankle injury and did not return. …

Jaguars play at Miami, and Marrone said at least some starters will play for the first time in the preseason.