Brooklyn boxer Zab Judah — who is well known to Aussie fight fans for his 2001 defeat at the hands of Kostya Tszyu — is still getting knocked out.

Judah is said to be improving at a Syracuse hospital where he was readmitted for observation after being stopped in the 11th round of his fight with Cletus Seldin on the weekend in Verona, New York.

Judah, 41, was taken by ambulance to the hospital after nearly collapsing in his dressing room following the bout. He was initially released, but according to reports was readmitted after “not feeling right,” sources said.

Judah was at dinner when he began feeling uncomfortable. The family called 911, and Judah was taken to the hospital. Tests identified a brain bleed. Tests taken today indicate the bleed is improving. He was never in a coma. He is expected to be released on Tuesday, per Mizzone.

The fight was the first in 18 months for Judah and just his third bout in the past six years after holding titles at junior welterweight and welterweight between 2000 and 2006.

“He’s awake and communicating and making progress,” said Joe DeGuardia, whose Star Boxing was the promoter of the bout. “At the present he and his family are just requesting privacy.”

Woke up to the sad news that Zab Judah is fighting for his life in hospital.. Watched Zab for years and admired him from a afar! I hope he comes through this I really do.. 🙏 thoughts and prayers with his family and friends.. 😔

Heartbreaking hearing what’s happened to Zab Judah. I really hope he pulls through. I’m frustrated he was still fighting. This game is an unforgiving, brutal and horrible place if you overstay your welcome. The man achieved more than most who laced the gloves up. So sad 😔

Observers said Judah was dominated for most of the bout, but not in serious trouble until being wobbled by a blow to the head early in the 11th round.

“It was an amazingly torrid pace,” DeGuardia said. “Cletus was literally on top of Zab almost every second of every round. Zab had to really dig down. It was like watching a 1950s fight. Zab is a fighter and I believe he will be OK. We are all praying for him.”

Tsyzu is eight years older than Judah, who he knocked out in the second round of their fight for the world championship at the MGM Grand in Las Vegas, but retired in 2005 after being defeated by Ricky Hatton. He’s now watching his 24-year-old son Tim (13-0) make a name for himself. 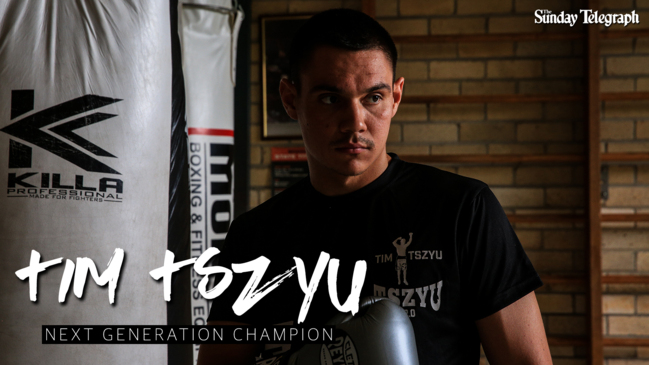 Tim Tszyu — The Next Generation Champion