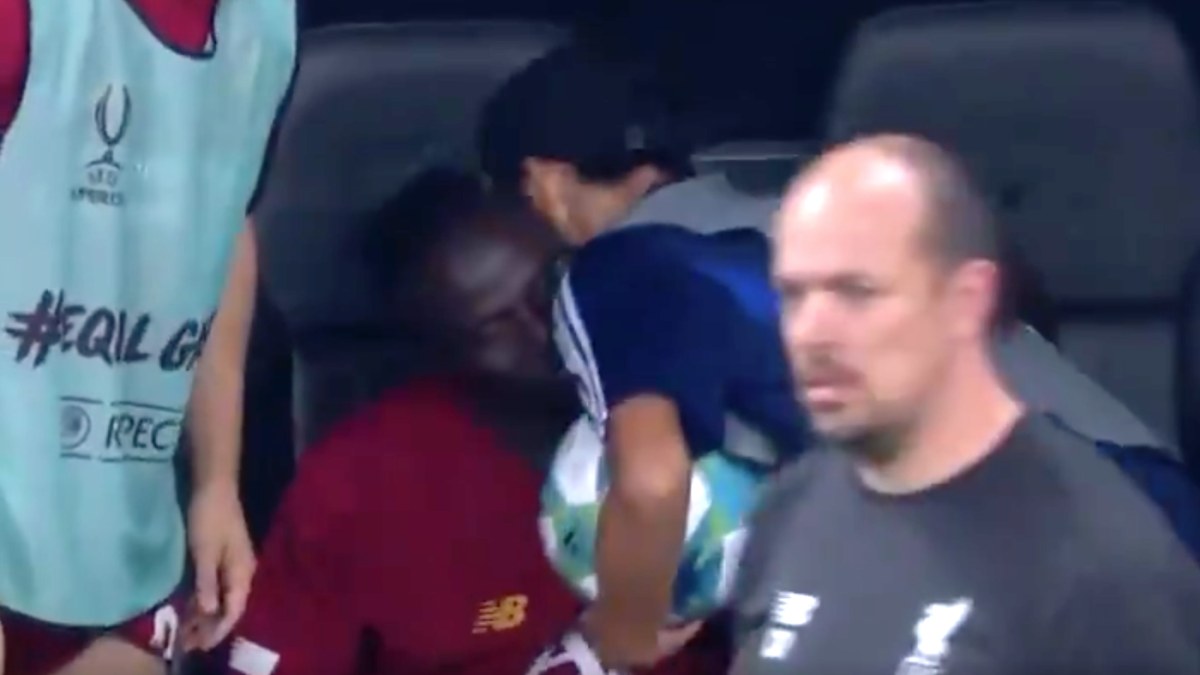 Liverpool had a pretty good day on Wednesday as they hoisted the UEFA SuperCup following a dramatic win over Chelsea that required penalties. But the joy on Liverpool’s sideline wasn’t just limited to the players.

During the match, Liverpool winger Sadio Mane went out of his way to make a ball boy’s day. As Mane sat on the bench, he called over the ball boy and tossed him a warmup shirt with a wide smile, then topped it off with a hug from the appreciative youngster.

It was a really cool moment, one that’s hard not to appreciate regardless of which team commands your allegiance.

When he was a kid growing up in Senegal, Mane’s very religious father forbid him to play soccer. But despite that complicated hurdle, Mane has gone on to become one of the most notable players in the game. Along the way, it seems that he has placed an emphasis on giving back to the younger generation, possibly as a result of his own struggles to find a place in the sport.

This is one of those gestures that doesn’t necessarily seem like a major deal from the outside, but it’s something that this kid will probably remember for the rest of his life.