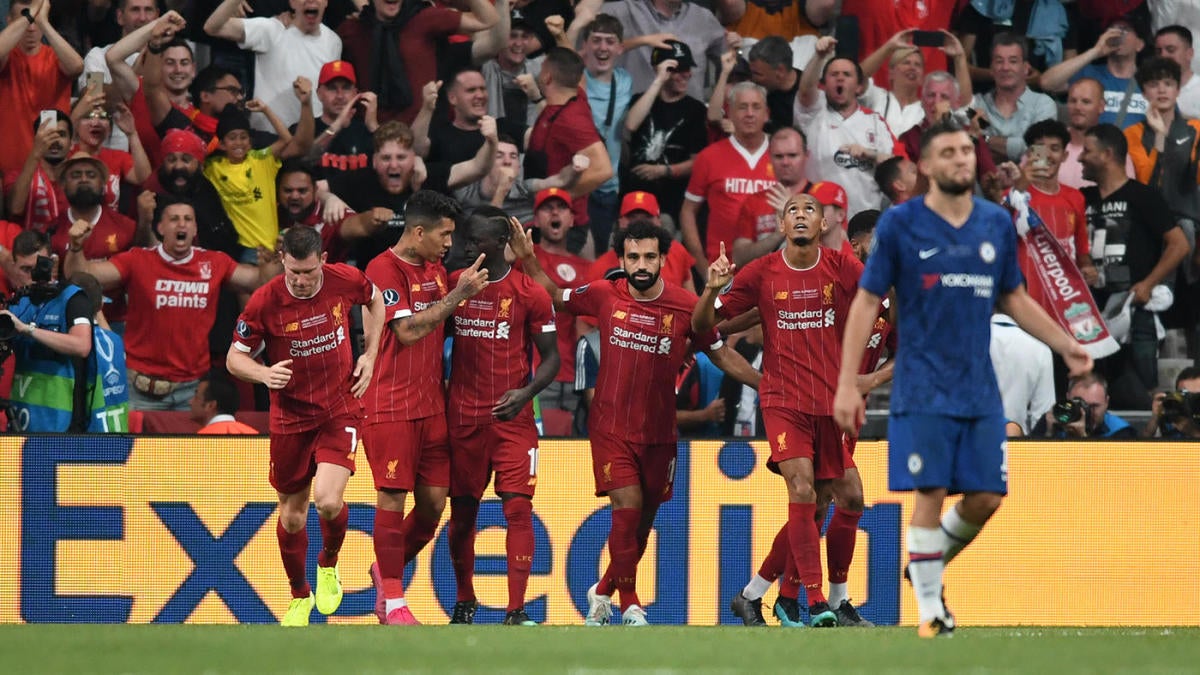 Liverpool needed a penalty-kick shootout to outlast Chelsea and take home the UEFA Super Cup title on Wednesday in Istanbul, Turkey. The first-ever all-English Super Cup final went to extra time at 1-1, and both teams scored in the 30 minutes of extra time. Liverpool converted its five shots in the shootout and Chelsea went 4 for 4 before Tammy Abraham had his shot saved by Reds goalkeeper Adrian to clinch the win.

Olivier Giroud opened the scoring in the 36th minute thanks to an assist by Christian Pulisic, but the Reds responded just after halftime with a Sadio Mane finish from close range. Mane scored again in extra time in the 95th minute with a one-touch golazo, but a penalty kick goal by Jorginho allowed the Blues to creep back into things and level the match at 2-2 in the 101st minute before the shootout to decide it.

The win gives Jurgen Klopp his second trophy at the club just months after winning the Champions League.

The Reds deliver in crunch time …

What a game that was. Liverpool had 21 shots, Chelsea had 20, it was back and forth with accurate passing and it could have gone either way. Sadio Mane was simply sublime for the Reds with his two goals, and his second you just have to see:

… And they may be OK with Adrian

But all eyes were on Adrian in this one with star goalkeeper Alisson out for 4-8 weeks. Out of contract after becoming a backup at West Ham, he held his own. He perhaps could have done better on the opener but made some key saves, including one on Mason Mount in extra time.

While Adrian isn’t a world beater in goal, you can tell just how much Jurgen Klopp believes him in. After this save to deny Tammy Abraham and clinch the game, Klopp sprinted 50 yards or so to greet him along with the players.

He even got the “Rocky” treatment from Klopp after the match.

The Blues need some work defensively

Through two games in all competition, Chelsea has conceded six goals. That’s four to Manchester United in the Premier League opener and two on Wednesday in Istanbul to Liverpool in the Super Cup. The concern should be directed at the issues this team has in defense, and not in attack. Chelsea has 38 shots in its last two games, and the attack isn’t a concern in my opinion after hitting the post three times in the two matches. Thanks to quality passing and good movement, the opportunities have been there.

Allowing 16 shots on goal and six goals in the last two games is what’s troublesome. Antonio Rudiger is coming off a serious injury, and Kurt Zouma has been all potential and little production. With a transfer ban not allowing this team to improve in the summer, it’s the defense that needs serious work.

If you watch Mane’s second goal again, you’ll see the backline track the ball and not mark him or Salah in the box. Awful. Lots to work on.

It was a nice showing for Pulisic. He grabbed his first assist for the club and had a goal called for offside.

When he stretched wide, he was hardly involved and simply outplayed by top defenders. Tucking inside and combining with the midfield was what made him the most dangerous as he could be freed into space to create. He probably won’t be overly thrilled with the showing, but it was much better than what we saw on Sunday. Baby steps for the young American.

With his assist, I think he’s played himself into a start this weekend against Leicester City in what would be his Stamford Bridge debut, especially with the amount of injuries the team is facing.