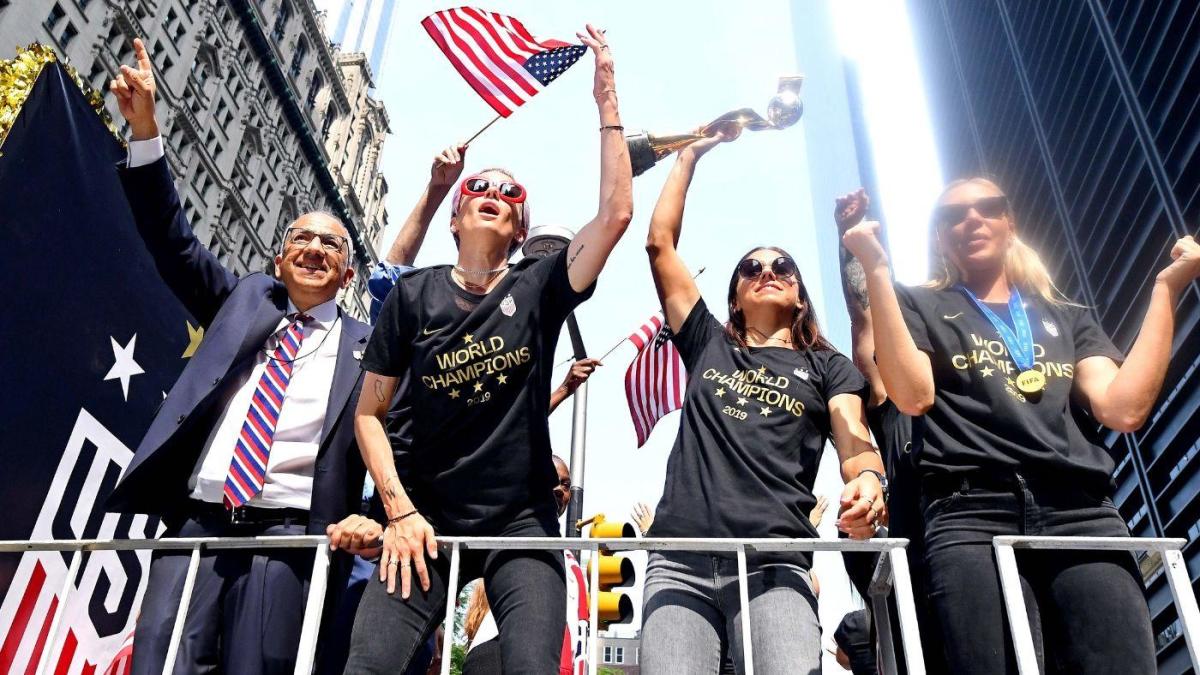 U.S. Soccer Federation president Carlos Cordeiro hinted at the U.S. bidding to host the 2027 Women’s World Cup, just one year after the U.S. will host the men’s World Cup alongside Mexico and Canada. According to ESPN, Cordeiro said on Monday that new USWNT general manager Kate Markgraf will take charge of “Vision 2027.”

“Not surprisingly, that is linked to us bidding to host the 2027 Women’s World Cup,” Cordeiro said.

The U.S. hasn’t hosted a World Cup since the women’s tournament in 1999 in which the USWNT beat China in penalty kicks, and resulted in the iconic Brandi Chastain celebration that is now a bronze statue outside of the Rose Bowl. Official plans for the bid have not been announced.

The women’s national team won the tournament in 2015 after a 16-year drought and then backed it up by winning it all again this past summer in France. Jill Ellis has announced her plans to resign as coach of the national team, completing her cycle undefeated at the tournament. The U.S. hosts Portugal in Philadelphia on Aug. 29 as part of its victory tour, which will also serve as a farewell tour for Eliss. You can watch the game on fuboTV (Try for free).

Hosting the 2027 tournament makes a bunch of sense for the U.S. as it has been quite a while since it has hosted. Still, it is a ways down the road as FIFA has still yet to award the 2023 World Cup. That is expected to come in May of next year with Australia, Japan, South Korea, South Africa, Argentina, Brazil and others expected to contend.