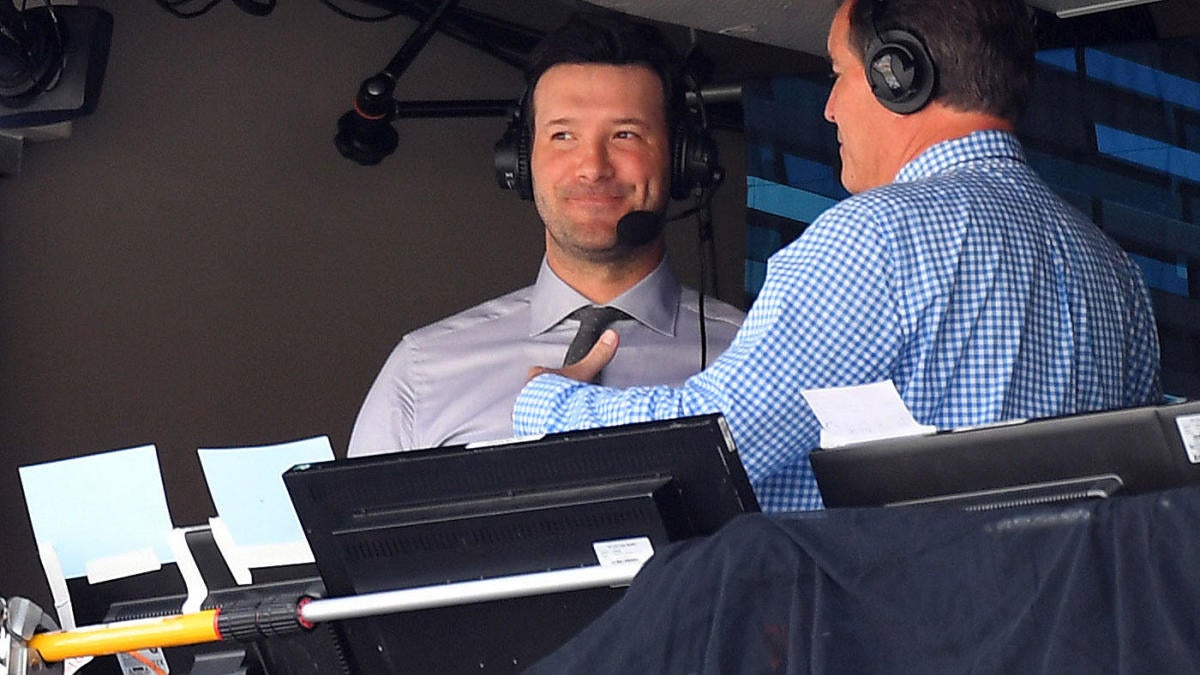 Tony Romo likely misses playing the game of football, but a two-year stint as CBS Sports’ lead NFL broadcast analyst has sparked a new passion of his — teaching football to everyone. The former quarterback has a unique way of delivering the Xs and Os in a digestible way that appeals to all NFL fans. When his analysis sparks the interest of the more casual fan, that’s when it’s most rewarding to him.

“I think people want to learn, but they also want it quicker, more efficient, and in layman’s terms,” Romo said. “If I’m using all football jargon, all the time, if you didn’t play football your whole life it’s not going to be very fun. I just try to think of you and be like — what the person is watching at home — would they like this or not.”

There it is. It may sound simple, but it’s exactly what makes Romo’s style of broadcasting so popular. After his first run as a broadcaster in the booth back in 2017, Romo drew effusive praise for his ability to call the offensive plays before they happened. Romo does an excellent job of relating to the viewer by making it sound and feel like he is observing the action with them.

Of course, while some of it does come naturally, the foundation of Romo’s analysis is based on countless hours of film grinding. The time Romo puts into his game film study depends on the teams he is covering and the time of the NFL season, but it’s a nonstop effort for him. The goal is to prepare himself to deliver the best possible analysis of what is happening in the game and why.

“It depends on the week,” Romo said of his film study. “It’s a lot. Each week it really does change. If it’s a team I don’t know that well and haven’t seen — it’s a lot. If it’s the Patriots, and I’m doing their ninth straight game in a row — like I did two years ago — well I can theoretically walk into that game — even though I don’t.”

Romo has also made an effort to keep up to date and stay ahead of trends in the game. For example, analytics have started to play a bigger role in NFL analysis. In the past, there were two camps — the film grinders and the analytics truthers. Romo understands the importance of finding a balance between them.

“They’ve had stats and analytics around broadcasting for a long time, but I try and make my points where some of the analytics can help through that,” Romo said. “Once you’ve played the game so long, you try and figure out what’s making the difference between winning and losing. Is it the scheme, player, situational, the bounce of the ball, and then you try and take the analytics to help draw the conclusions toward that.”

Romo said that announcing Super Bowl 50 was a massive step in his career. After talking about it from “this time last year through February,” Romo is now happy to be focused solely on the upcoming season and new challenges that await him. Romo has already reached certain heights in his role, but there are still things on his bucket list.

“I’d like to cover a game in London,” Romo said. “My wife would like that. I actually wanted to do the Chargers in the soccer stadium, I thought it would be fun thinking back to football Fridays and Saturdays.”

Whether it’s analytics or film study, Romo approaches his role with one goal in mind — pinpointing why a fan’s favorite team is winning or losing based on how they are approaching each play in each game. It didn’t take long for this style to catch on and Romo has already naturally built a stable of highly engaged students of the game. As he enters Year 3 in the booth with CBS, Romo will once again expand his offering and NFL fans as a whole will be a much smarter group because of it.