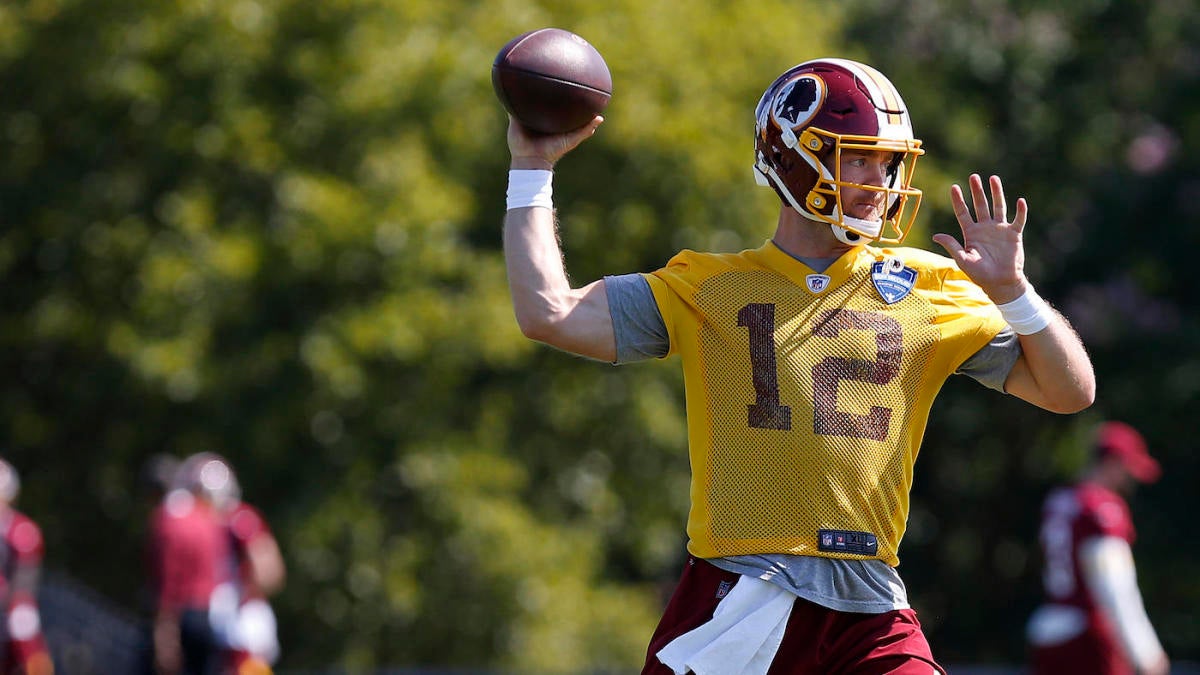 Washington Redskins quarterback Colt McCoy appeared as the starter on the Redskins’ first depth chart, but was unable to play in the preseason opener due to leg surgery he underwent this offseason. While many starters get the first preseason game off, McCoy may be forced to miss the second preseason game against the Cincinnati Bengals as well.

McCoy broke his fibula in December, and after the initial surgery, he needed another procedure done this spring. According to the Redskins’ official website, the fracture site in McCoy’s leg hadn’t healed correctly because he was back on his feet faster than he should have been.

“It’s just something he’s still dealing with and we will have to deal with,” head coach Jay Gruden told reporters on Tuesday. “But the main thing is to make sure he’s comfortable back there and has enough strength to push off and throw and feels good about if he does get hit that (McCoy’s leg) is healthy and stable, which it is.”

McCoy practiced with the team on Sunday, but was held out of practice on Tuesday due to soreness. He has not officially been ruled out of Thursday night’s matchup, but his status is definitely up in the air.

This of course opens the door for Case Keenum and rookie Dwayne Haskins to play more snaps. Gruden caught a bit of flack last week for keeping Haskins in for six drives, all the way up until the fourth quarter. Josh Woodrum then replaced Haskins, but tore his pectoral muscle and was placed on injured reserve.

The Redskins signed former Baylor quarterback Jalan McClendon on Sunday, but one has to wonder how many snaps he will play with his new team just days after getting signed. This means Haskins could play into the fourth quarter this week, and Gruden was encouraged with what he saw from him against the Browns.

“I think the big thing is just getting in and out of the huddle, get the plays called and then obviously playing with what he sees and making the necessary adjustments and work on his fundamentals,” said Gruden. “But he did some really good things for his first game, you know, we asked a lot of him, probably more so than a lot of the other quarterbacks who are first-year. We did a lot of different things with protections and different route concepts — I thought he handled it really well.”

If McCoy is unable to go on Thursday, that means Keenum will again get the start for the Redskins. Gruden was asked when he would announce a starter for this week, and he refused to give away any details about his plan.

“I’ll let ’em know when I let ’em know,” said Gruden. “They might already know I don’t know, I don’t know. But I do have a plan, everybody knows the plan, we are just trying to keep it in house here and make sure that everything goes as planned by the time the game starts Thursday, because things can change as we all know.”