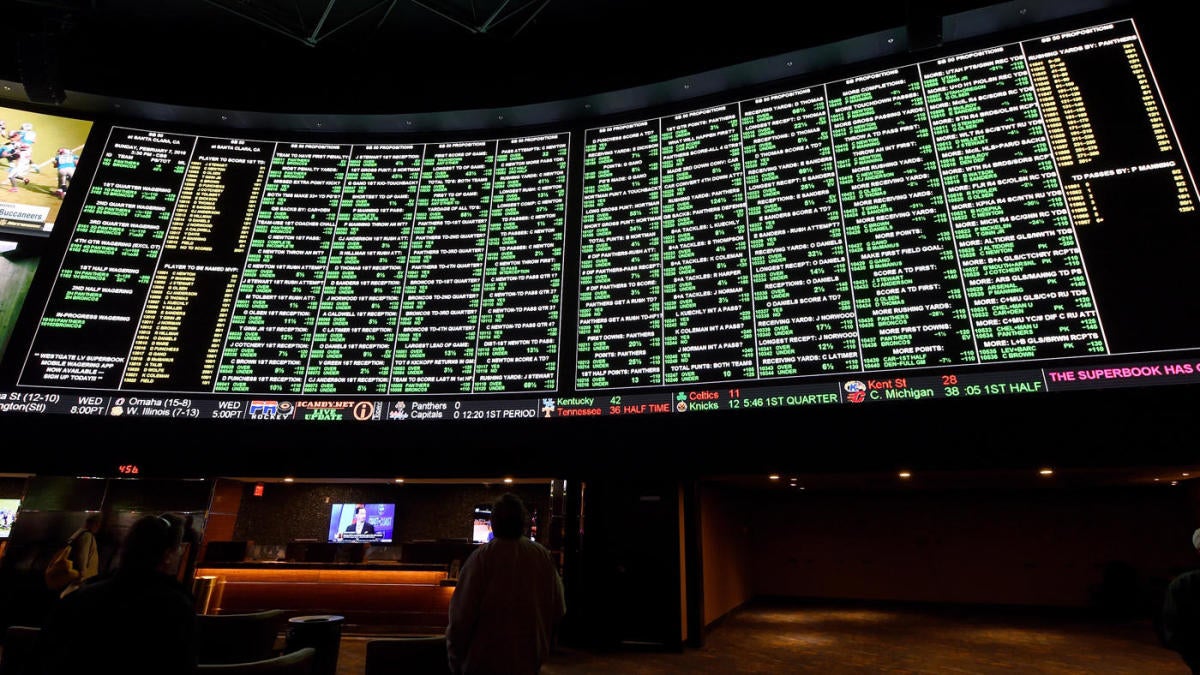 You’ve been there. The midday Sunday slate of NFL games is wrapping up, and you’re focusing on whether your side can hold off a late rally in garbage time, or whether you under is going to hold. Or you’re eyeing the line on the Sunday night game and figuring out how make this an even bigger week for your bankroll.

While you’re still stuck in Sunday mode, the bookmakers are crunching the numbers for the following week and getting ready to release the opening lines for those games. And if you aren’t thinking about next week until Monday morning, you’re going to miss out on a prime opportunity to get your money down on a great number before the line moves following its Sunday release.

How can you be ready for next week while still getting to enjoy Sundays watching football? That’s where power ratings come in.

What power ratings are

The concept of ranking teams by overall strength isn’t a foreign concept to anyone; our Pete Prisco shares his rankings of all 32 teams every week of the regular season. Where power ratings for NFL bettors differ is that you must affix a point total to each team that signifies how far they are from an average team.

Let’s start right there, with our average team. Pick the team you consider the 16th- or 17th-best in the NFL in 2019. If you go by the season win total market, that’s someone in the 49ers-Ravens tier of teams. Assign whichever teams you think are average with a power rating of zero. From there, you’ll assign point totals for each team that are better or worse than average, generally staying within the range of plus-5 and minus-5 at this point of the season, since we have yet to see anyone play.

So if you believe the conventional wisdom this year, you’ll have teams like the Chiefs and Saints as five points better than average, while the Dolphins and Cardinals will be about five points worse than average.

Before we get to building a power ratings system, it’s perfectly fine if you’d rather not dive deep into the weeds and just want some great picks to follow during the season. If that’s the case, head over to SportsLine and use promo code WHITE to sign up and get your first month of access for just $1. You’ll get all the graded picks from our SportsLine projection model and a wealth of great betting experts, including myself after I finished No. 1 in NFL in each of the last two years (I’ve already got one pick live). You’ll also get my SuperContest plays every Saturday, which are my five best ATS bets for the week and which have a 58 percent hit rate over the last four years. And that’s just NFL — your membership gives you access to top-notch experts on sports across the board, from NBA to horse racing to MMA and everything in between. If you’re a sports betting nut, SportsLine is for you.

I recently went through the win total market and ranked all 32 teams based on their price at the time, taking into account not just the number assigned to each team, but the juice on betting the over or the under. I then assigned a relative power rating total to each team.

This is a good jumping-off point for those who don’t want to build their ratings from scratch like I do. All you have to do is adjust teams up and down based on your perception of their strength heading into Week 1 (and only Week 1, more on that in a minute).

First, you’ll notice that some teams with worse win total numbers appear above those that are a half-game better. That’s thanks to the juice — the totals are rating the Panthers virtually right at eight wins by making the over on their total -155, while the Titans and Jaguars are closer to 7.5 than eight due to the -140 price on their unders.

Second, you’ll note how much of a gap exists between the Patriots and the rest of the league. That makes sense when you consider how dominant they are in their division year in and year out. But if you think the Chiefs deserve top honors and the Patriots don’t quite rise to that level, that’s up to your discretion. You should tweak your ratings unless they look right to you specifically. My ratings currently have the Chiefs, Saints and Eagles as plus-5, with the Patriots and Chargers just a half-step behind at plus-4.5.

How to use power ratings

Now that you have these numbers at hand, you’re probably wondering how to use them. It’s pretty simple! You make a line based on the difference between two teams’ power ratings. So in the table above, if the Patriots (plus-5) were to play the Chiefs (plus-4) on a neutral field, you’d set the line at Patriots -1.

Then you make one more adjustment based on home-field advantage, typically thought to be three points but in actuality slightly less and also different from team to team. I do a deeper dive on home-field ratings each preseason, and you’ll be able to find that later in August. If you consider the Patriots a three-point home-field team, that bumps the line to Patriots -4 vs. Chiefs. If the game is instead in Kansas City, your Patriots -1 neutral line then flips to Chiefs -2 with a three-point Chiefs home-field rating.

To use an actual example from Week 1, the Packers and Bears will kick off the season in Chicago. The ratings above have the teams even at 1.5 points better than average, meaning the line should be pick ’em on a neutral field. If you assign the typical three points of home-field advantage, that gives you a line of Bears -3. However, the line is actually Bears -3.5 in many places. Why? I believe the general consensus is that the Bears have a better-than-average home-field advantage at Soldier Field, giving them an extra half-point. Either that or there’s an anticipation that it’ll take the Packers’ new defenses a little time to come together.

One key aspect of power ratings to remember, which I teased earlier: You’re only rating each team based on that specific week. That’s going to affect certain teams’ ratings; for instance, you’re probably docking the Bengals at least a half-point and maybe even a full point while A.J. Green is sidelined. I don’t think the Bengals are the worst team in the league this year, but in Week 1? Their rating will likely be among the worst, and I made that adjustment accordingly in the table above.

The biggest effect when considering how to adjust the line based on player availability obviously comes at quarterback. You’ll see some lines drop 10 points or more if an upper-echelon QB needs to be replaced by a poor backup. Again, that differs on a case-by-case basis; you’re not going to adjust the Titans’ rating as much if they go from Marcus Mariota to Ryan Tannehill one week as you will the Cowboys if Cooper Rush or Mike White need to fill-in for Dak Prescott.

If you already have your power ratings and home-field ratings ready heading into an NFL Sunday, you’ll already know what the lines should be when they open on Sunday evening. When those lines post, you can move immediately when you see a discrepancy between what’s available and what you think it should be. That especially comes into focus when you can grab a -2.5 or a +3.5 out the gate when your ratings saying the line is clearly going to land on the key number of three, or when you see more than a point of difference between your line and the book’s.

These might not seem like vastly important differences, but add it up over the season, and it’s the difference between winning and losing years for many professional bettors. If you want to be successful like them, you have to be ready to take advantage of every opportunity you can, and none are bigger than getting in on the opening line before it moves.