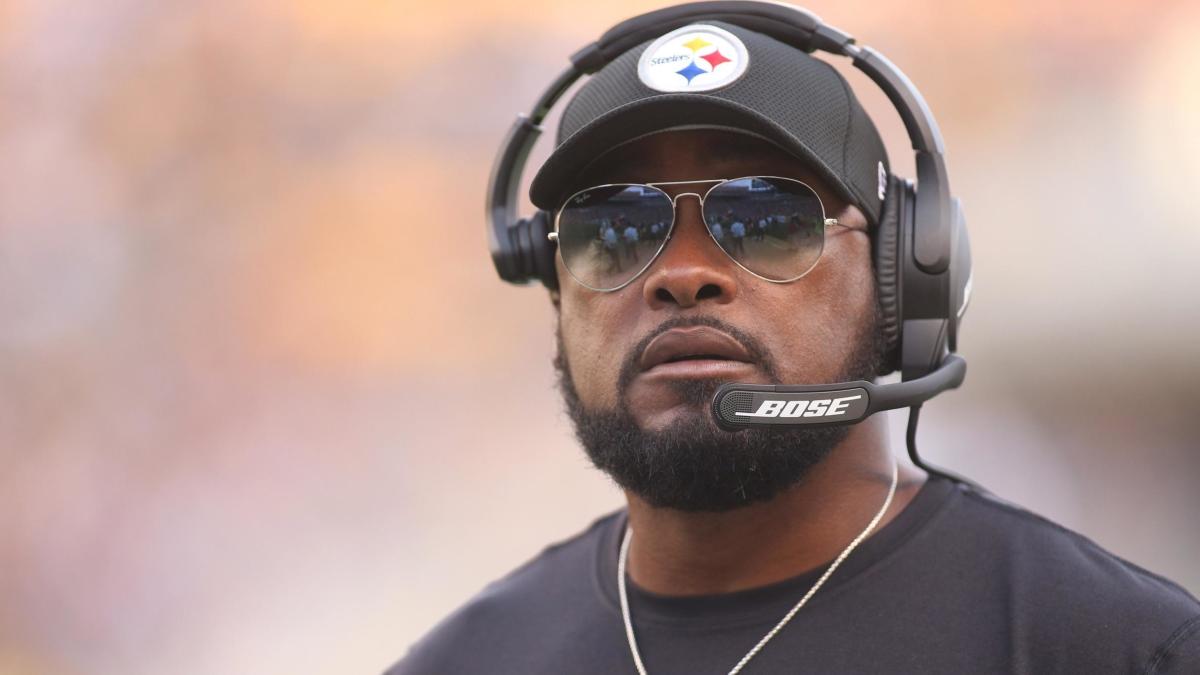 Mike Tomlin and the Steelers resumed training camp with heavy hearts on Tuesday. Two days after the unexpected death of receivers coach Darryl Drake, Tomlin and his players resumed their professional obligations after taking Sunday and Monday off to mourn the loss of Drake, a longtime NFL assistant coach who joined Pittsburgh’s coaching staff in 2018.

Tomlin, speaking to reporters Tuesday morning for the first time since Drake’s passing, discussed what the last two days have been like for the Steelers.

“We’re all devastated by that,” Tomlin said of Drake’s passing. “I really can’t think of any other appropriate words. Our time and attention in recent days have been spent in support of the Drake family. Ms. Shelia and Darryl’s daughters and extended family. Many of us have had an opportunity to spend time with them through this. They’ve been amazing and just making arrangements and adjusting and so forth, we’ve tried to be as supportive organizationally as we can be to them in what has been a very difficult time.”

The Steelers paid tribute to Drake during Tuesday’s practice, a practice that ended early due to lightning in the area.

Tomlin said that players were allowed to leave Saint Vincent College — the team’s training camp site located in Latrobe, Pennsylvania — on Sunday and Monday. Tomlin said that, while some players who have homes in Pittsburgh did leave campus, many of the players and coaches stayed at Saint Vincent.

“We just asked that we do a good job of communicating with one another through this process, and that has been the case,” Tomlin said.

Tomlin, who said that the team is currently in the process of filling Drake’s position on the coaching staff, expanded on the impact that Drake had on his coaching career.

“Professionally, obviously, the loss is significant, but personally, it’s even bigger,” Tomlin said. “Those of us that knew and have had personal relationships with Coach Drake all feel that way. We realize that we don’t have a lot of answers, and that being said, we brought some professional grief consolers in to assist us through this tough time. It’s been said that consoling is not for the weak but the wise, so we seek people who have expertise in helping to deal with such circumstances.”

“He was viewed as one of the top wide receiver coaches in the college game,” Tomlin said of Drake, who at that time was serving as Baylor’s offensive coordinator and quarterbacks coach. “I was politely aggressive in building a relationship with him. He probably didn’t have a choice — or that’s how he described it — in terms of being my friend. I was too persistent. He extended courtesies to me like he does a lot of young guys like myself in the profession, and that’s why we felt about him the way we do. He sent me drill tape and things of that nature, we developed a rapport. Our relationship grew from there.”

Tomlin said that Drake’s impact as a coach extended far greater than the football field.

“Coaching was Coach Drake’s platform for ministry,” Tomlin said. “He wore many hats. Coaching was his vocation, but he was a father, a mentor, a brother, an advisor — like we all are in a lot of ways — to the men that he worked with. Not only now, but over the course of his career, which spanned decades.”

After two days away from football, Tomlin addressed the team Tuesday morning to review last Thursday’s preseason game, a 30-28 victory over Tampa Bay. The Steelers will return to the practice field Tuesday afternoon, the first time that they will do so without Drake on the sidelines.

Tomlin was asked if getting back to football with help cope the loss of his former coach and friend.

“I don’t know that it does,” Tomlin said. “But we got professional obligations … So we intend to march.”