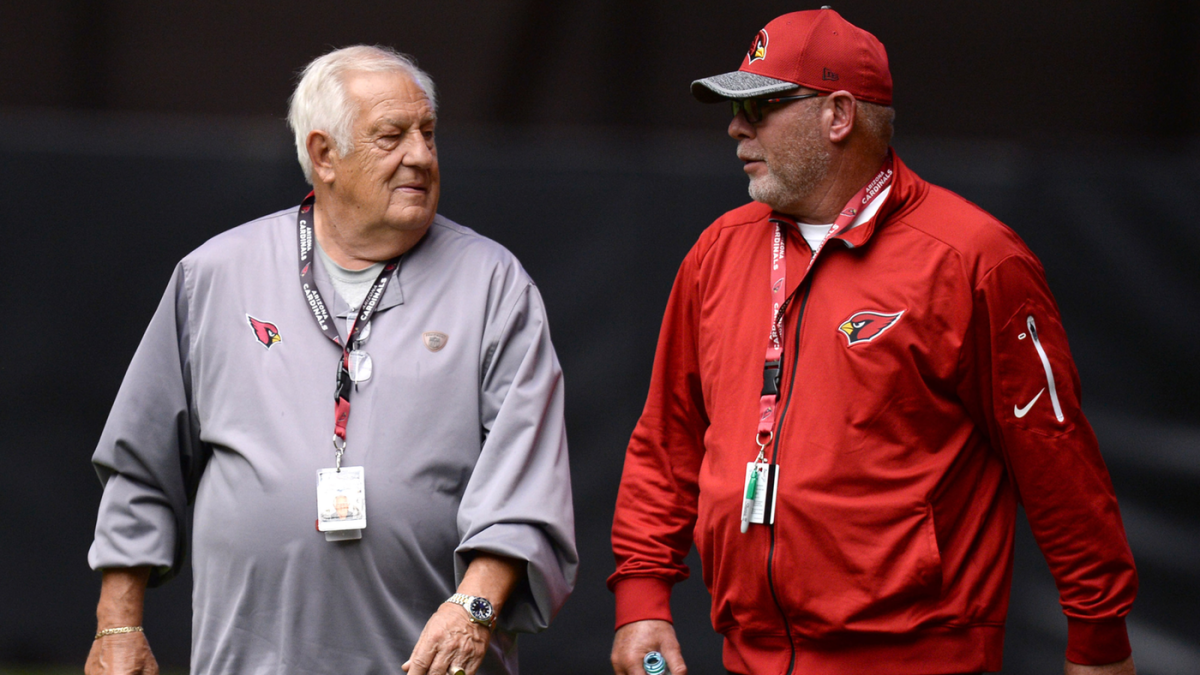 Tom Moore, one of the most decorated assistant coaches in pro football history, is back in the NFL.

Moore, who has served on some of the best coaching staffs in NFL history, will join Tampa Bay’s coaching staff for the 2019 season, The Athletic’s Greg Auman has reported. Moore, who did not coach in 2018, was most recently Bruce Arians’ offensive coordinator in Arizona from 2013-17.

Arians and Moore first started coaching together with the Colts 1998 and were responsible for the growth of a rookie quarterback named Peyton Manning. Arians was Manning’s first quarterback’s coach, while Moore was the future Hall of Fame quarterback’s longtime offensive coordinator.

Moore, who will celebrate his 81th birthday this fall, began his coaching career as a graduate assistant at the University of Iowa in 1961. After a decade in the college ranks, he broke into the NFL with the Steelers in 1977, when he was hired as Chuck Noll’s receivers coach in Pittsburgh, a position he held for six seasons. During that span, the Steelers won Super Bowls XIII and XIV. Moore’s top two receivers in Pittsburgh, Lynn Swann and John Stallworth, caught a combined 18 passes for 439 yards and four touchdowns in Pittsburgh’s last two Super Bowls wins of the decade. Swann and Stallworth are now members of the Pro Football Hall of Fame.

Moore also influenced the Steelers to bring in University of Minnesota quarterback Tony Dungy, who was converted to cornerback in Pittsburgh and led the Steelers with six interceptions in 1978. Dungy would later serve with Moore on Pittsburgh’s coaching staff before becoming a Hall of Fame head coach in Tampa Bay and Indianapolis. Moore was Dungy’s offensive coordinator when the Colts defeated the Chicago Bears in Super Bowl XLI.

In 1983, Moore was promoted to Pittsburgh’s offensive coordinator. The next season, Moore’s offense helped lead the Steelers to a stunning upset over John Elway’s Denver Broncos in the AFC playoffs en route to an appearance in the conference title game. Despite 312 passing yards from Mark Malone, Pittsburgh fell to Dan Marino and the Miami Dolphins the following week in the AFC title game. Moore remained Pittsburgh’s OC through the 1989 season. That season, the Steelers upset the Houston Oilers in the wild-card round in a victory that would serve as Noll’s final victory as the Steelers’ head coach.

Moore then had stints in Minnesota, Detroit, and New Orleans before joining the Colts’ staff in 1998, the same season Indianapolis selected Manning with the first pick in the draft. Moore served as Manning’s OC for the first 11 seasons of the Hall of Fame quarterback’s career while helping him develop into one of the greatest quarterbacks in NFL history.

The Colts’ offense became the league’s top unit under Moore, with Manning, receiver Marvin Harrison and running back Edgerrin James the league’s most feared offensive trio. The trio helped the Colts win five division titles from 1990-05 while establishing Indianapolis as one of the league’s upper echelon teams.  The Colts’ offensive dominance was on full display during the divisional round of the 2003 playoffs, as Indianapolis scored 38 points without punting once in their road victory over the Kansas City Chiefs.

One of Moore’s greatest moments came in the 2006 AFC Championship Game. After his Colts fell behind 21-3 to Bill Belichick’s Patriots, Moore helped Manning orchestrate a historic comeback in what was Manning’s first of three AFC title game victories over New England.

“He was flat-out the best assistant you could ever have,” Manning said of Moore back in 2016. “He took that much pride in his job. He was going to do the best job he could for the coaches that he worked for. And he’s still going.”

Moore will now work with Buccaneers quarterback Jameis Winston, who is coming off a disappointing 2018 season. Winston, the 2013 Heisman Trophy winner and 2015 Pro Bowler, did play well in Tampa Bay’s first preseason game, leading the Buccaneers’ offense to a touchdown on his first and only series.