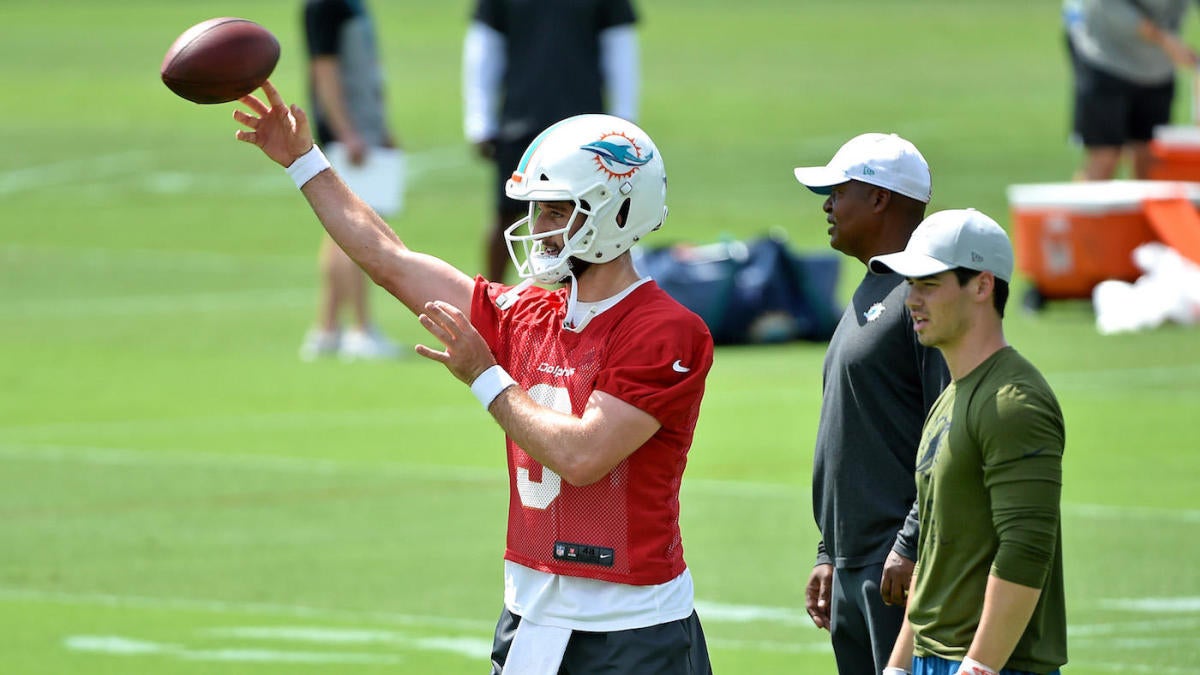 The Miami Dolphins quarterback depth chart hasn’t changed since the beginning of training camp. Ryan Fitzpatrick is still with the first team while Josh Rosen remains on the second team. There was a slight change during Tuesday’s joint practice with the Tampa Bay Buccaneers, as head coach Brian Flores had Rosen working with the first team for the session.

Does Rosen getting reps with the first team accelerate the quarterback battle with the Dolphins? Flores isn’t thinking that far ahead with his potential franchise quarterback.

“I thought he practiced okay. From the naked eye, I think he has to do a better job getting guys in and out of the huddle, his communication, body language,” Flores said. “There were some plays there he didn’t like and we just have to move onto the next play. That’s the case for him and all the quarterbacks; but I think at that position, that’s something that’s part of the evaluation as well. But he got in there with some of those other guys and I thought he did an okay job.”

Flores doesn’t appear ready to make Rosen the signal-caller for the offense yet, but gave an evaluation on what he saw in a practice session. Rosen took the criticism in stride, knowing there was much work to improve on as he continues to develop his game.

“I think – especially when you get into competitive environments, you’re just – I tend to be very critical of myself,” Rosen said. “I’m very competitive, so I have always worked that throughout my entire athletic career since I’ve been a young kid – not letting my highs get too high or my lows get too low.

“I think as a quarterback, in addition to the execution part of it, I think a lot of it is about leading and about trying to keep a steady ship and keep that forward momentum, regardless of what’s going on around you because a lot of people are looking to you to kind of be that rock. So I think that’s what Coach Flores was referring to. He wants me to kind of be steadier and just execute and be a positive force.”

What is Flores looking for in “body language” from his quarterback? Since the quarterback is the leader of the huddle, Flores wants Rosen to lead by example. Rosen’s body language will play a huge role toward him potentially starting Week 1.

“I think it’s something that – I’m looking for good body language out of everybody,” Flores said. “We’re going to have bad plays and we’ve got to move onto the next one, period. That’s players, coaches, that’s everybody. At the quarterback position, they’re all looking at you. I think that’s something that they have to be conscious of. I talked to him about that, I talked to all of the quarterbacks about that, as well as the leaders on the team. They’re looking to you as a leader. I think that’s an important piece of this that people don’t talk about very much, but I think it’s very important.”