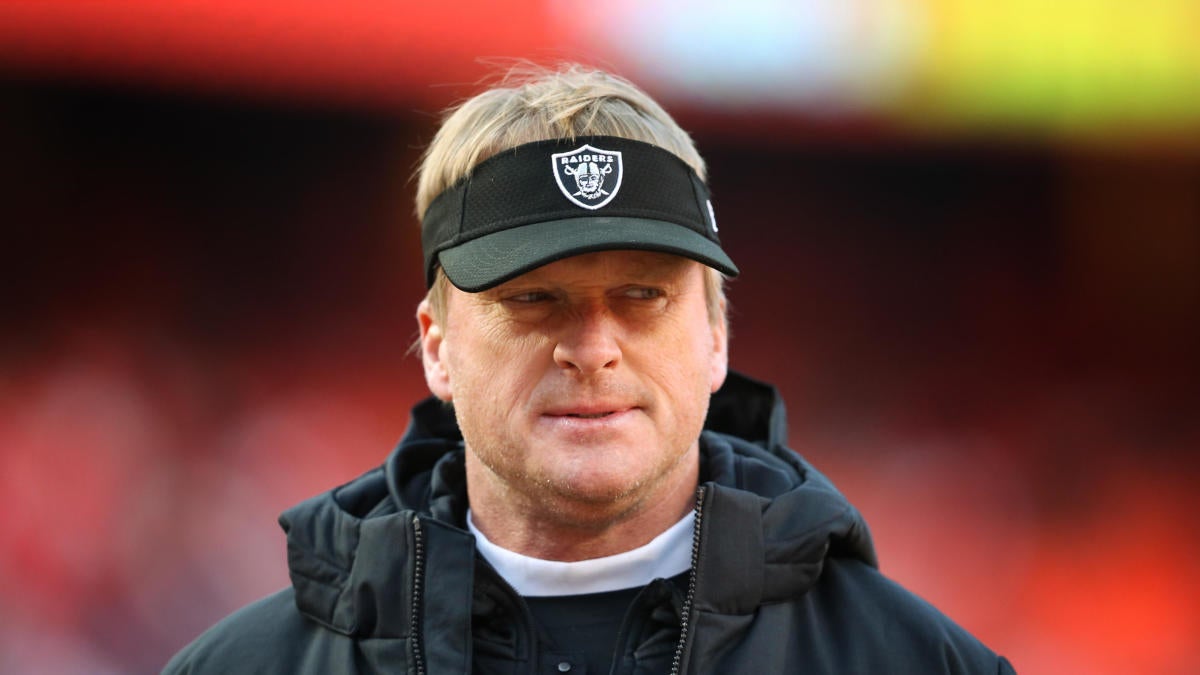 Antonio Brown reportedly threatened to retire if the NFL wouldn’t allow him to wear his now-illegal helmet during the 2019 season.

Not only is Brown not retiring despite the league denying his appeal to wear his old helmet, Raiders head coach Jon Gruden is confident that Brown, who has missed most of Oakland’s training camp after suffering frostbitten feet while receiving cryotherapy treatment, will be ready to go when the Raiders kick off the regular season. Brown, who recently saw a foot specialist, returned to camp Monday but remained on the sideline. Gruden has not offered a timetable for Brown’s return to practice.

“Oh yeah,” Gruden said when asked if Brown will be ready for Oakland’s Week 1 matchup against the Denver Broncos, via NBCSports.com “Yup.”

It’s been a tumultuous few weeks for Brown, whose recent foot injury and reported retirement threat has placed him back in the center of the NFL media hub. NFL reporter Michael Silver, who initially broke the news of Brown’s reported threat over the use of his old helmet, also reported that Brown has been showing up late to meetings and other team functions. He is also reportedly not entirely focused on the task at hand when he does attend meetings. Brown was accused of demonstrating similar behavior during his time with the Steelers.

Despite the reports, Gruden insists that things are still good between himself and his new receiver. Gruden is also confident that Brown will be able to make up for lost practice time.

“We’ll work him back in,” Gruden said of Brown. “Obviously, it’s great to have him back. We’ve had a pretty good understanding, in spite of what people think, about what’s going to happen. Now we’re ready to get rolling.”

With Brown out, Derek Carr has spent more time improving his rapport with new Oakland receivers Tyrell Williams and J.J. Nelson. Williams, a five-year veteran who spent his first four seasons with the Chargers, broke the 1,000-yard receiving barrier in 2016 while playing with future Hall of Fame quarterback, Philip Rivers.

“Tyrell is not just a No. 2 receiver. He can easily take that featured role and be a 100-catch, 1,000-yard guy,” Carr recently said of his new wideout. “The fact that we got him is a blessing.”

Carr has also liked what he’s seen out of Nelson, the former Cardinals receiver who averaged nearly 18 yards per catch during his four years in Arizona.

While Williams and Nelson are good, neither of them will be able to replace Brown, the NFL’s leader in catches, yards, and touchdowns since 2010, his rookie season. Despite the lack of recent time with him, Carr is confident that it won’t take much time for him and Brown to get back in sync.

“We spent a lot of time at my house throwing,” Carr said of his offseason work with Brown. “We spent hours upon hours throwing. So there’s chemistry, there’s development. I’m used to throwing him the ball. It won’t be brand new when he shows up. It will just be more on him getting the details of the routes. Getting out and doing it, correcting it on film and going and fixing it the next day. Those kinds of things. But besides that, the timing aspect, the meat and potatoes, so to speak, of what we need, it’s there. Just those details when he gets back, we’ll iron out.”