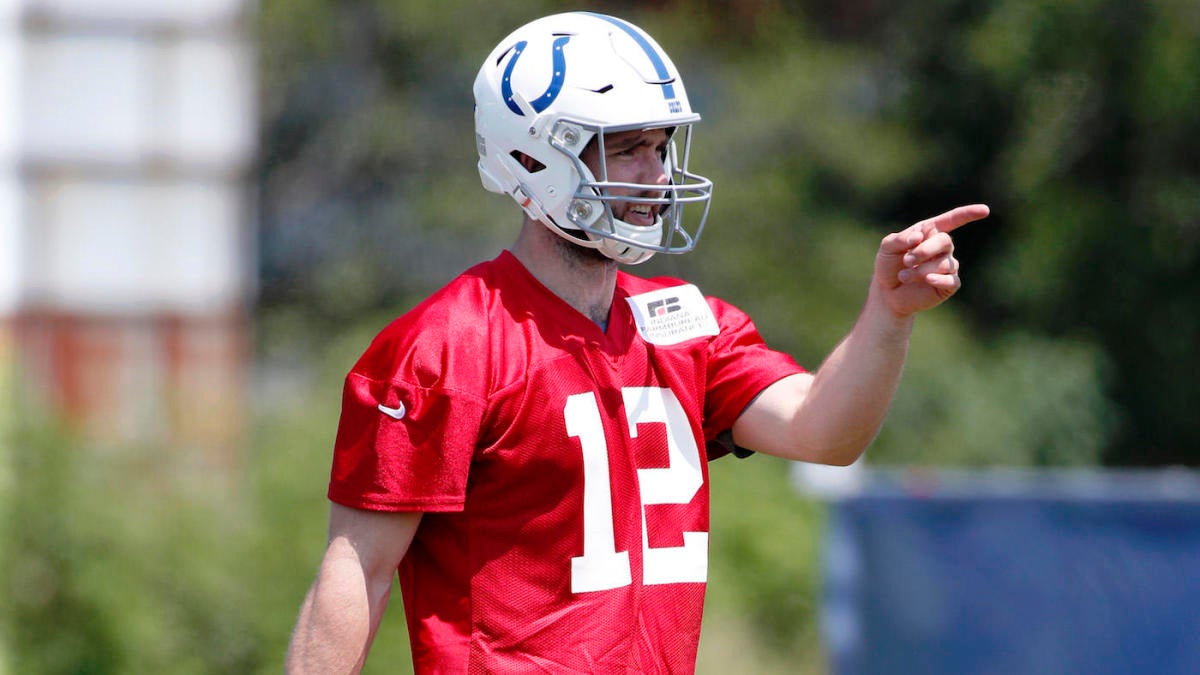 There’s no need to be an alarmist. It’s only Aug. 13. Plenty of time remains before the regular season kicks off. Nobody panic.

But at this point (and it needs to be said), the Andrew Luck calf injury situation is beginning to feel eerily similar to the Andrew Luck shoulder injury situation from 2017 — when Luck underwent shoulder surgery in January to fix a lingering issue, Colts owner Jim Irsay promised Luck would be ready for the regular season, and Luck proceeded to miss the entire season as his quest to get healthy took him to Europe and had him questioning the long-term outlook of his career before he was finally able to throw a football again the following summer.

Luck returned in 2018 to play some of the best football of his career, guiding the Colts back to the playoffs, but a new injury has suddenly sprung up and it’s once again turned into something that’s lingered long into the summer. The Colts quarterback suffered the injury in April, has yet to practice since late July with what the team has called a calf strain. While he’s remained adamant he’ll be ready for Week 1, he also admitted, “At times I do worry about it. It can be frustrating.”

Now, it turns out that calling his injury a calf strain might not be entirely correct. According to Irsay, Luck is actually battling “a small little bone” injury.

“I know everyone’s having their questions about Andrew, and that sort of thing, but I really feel very confident that he’s going to find his way through this thing,” Irsay told SiriusXM NFL Radio. “After the Kevin (Durant) thing and everything, everyone’s erring on the side of caution, but quite frankly, this is not even in the Achilles tendon. This is in another area, it’s a bone — I’m not good at these things — it’s a small little bone, and (former Colts) Ryan Diem had it, and Raheem Brock had it, the trainers told me. And he’s doing very well, very excited, he’s a married man, baby on the way, and he couldn’t be more excited for the season.”

At some point, the Colts should probably realize that continually referencing Durant, who ended up rupturing his Achilles tendon, is not making anyone feel better.

Furthermore, Irsay saying he feels “very confident” in Luck’s return should have the complete opposite effect on everyone else. If Irsay says everything is fine then everything is probably not fine. Remember what he said in January 2017, after Luck underwent what was deemed a “successful” shoulder surgery?

Luck didn’t just miss the 2017 season. He couldn’t throw a football until the summer before the 2018 season. He admitted later that he was “very scared about football, and about my place in football.”

Obviously, just because Luck is dealing with another lingering injury doesn’t mean he’s bound to suffer a similar fate. There’s still a few weeks remaining before the regular season begins. It’s not like Luck needs to play in the preseason to be at his best come Week 1. The Colts should absolutely exercise caution instead of rushing him back so he can take reps in practice. We all might feel a little bit silly when Luck is out there in Week 1 slinging bombs to T.Y. Hilton and leading the Colts past the Chargers.

But again, this is all feeling eerily similar to the summer of 2017, when the Colts kept insisting that everything was fine when in fact nothing at all was fine. The Colts have maintained that they’re merely erring on the side of caution, but what happens when Week 1 arrives? Will they continue to be cautious and will that cautiousness result in Luck’s absence? If the Colts are being this cautious, it indicates that there’s a chance his injury could morph into something more serious — and it’s already serious enough that he hasn’t practiced in more than two weeks after suffering the injury in April.

Maybe Luck will recover in time for Week 1 and we’ll look back at our reaction to the calf injury or the bone injury or the whatever injury and laugh about how we overreacted in the moment — maybe. Or maybe this is another case of the Colts bungling an injury. Maybe this is another injury that will derail the Colts’ season before it even begins. Maybe Luck’s history is doing more than just impacting the way we view the situation. Maybe it’s had an effect on the way Luck himself has dealt with the injury. Maybe the Colts are already preparing for a scenario that sees Jacoby Brissett starting in place of Luck in Week 1 and beyond — because that’s what it kind of sounds like.

Either way, it no longer feels like an overreaction to say that Luck’s injury is a legitimate concern with the season opener fewer than four weeks away. It no longer feels unfair to hold what happened in 2017 against the Colts in this particular situation — especially after Irsay’s recent comments, which only injected more confusion into the situation. It’s beginning to feel eerily similar to what happened in 2017, except with even more dread, because this time around, we remember what happened two years ago.