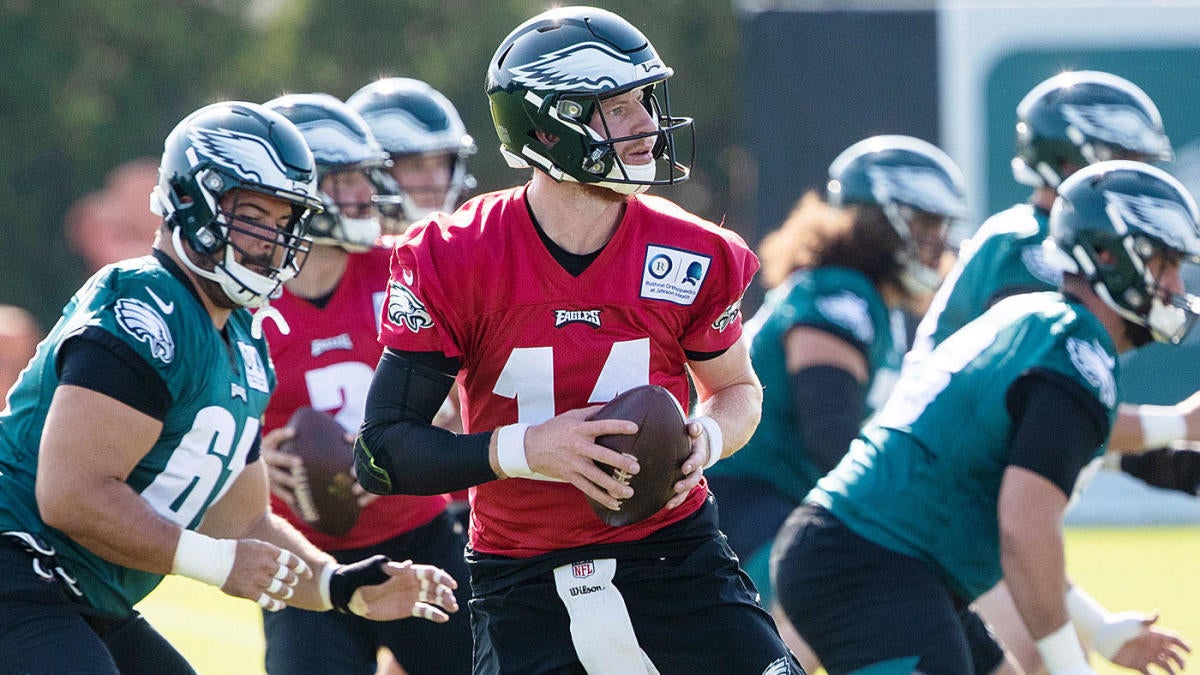 The Philadelphia Eagles already had one quarterback go down this preseason in Nate Sudfeld. The last thing the franchise needs is franchise quarterback Carson Wentz to experience the same fate.

Philadelphia is undecided if Wentz (or any of the first team starters) will play in Thursday’s preseason game against the Jacksonville Jaguars. The Eagles could sit Wentz for the entire preseason, as teams with franchise quarterbacks tend to play them less and less each year in the exhibition games. Head coach Doug Pederson has yet to make that call, but Wentz insisted he’s okay if he doesn’t play a snap in the preseason.

Wentz is 100 percent recovered from a spinal compression fracture in his back that ended his season last year and is 19 months removed from ACL and LCL surgery that hindered his mobility in the early part of the 2018 season. The Eagles are taking a cautious approach with Wentz this preseason, but put the franchise quarterback through many live reps in training camp.

“He’s done some great things out here, obviously,” Pederson said. “I try to make the way the practices are set up in training camp as hard as they can be in camp and not just for him, but for everybody and we’ve seen a lot of good things. He’s progressing and getting better every single day. The timing and rhythm with his receivers is getting better and it’s still kind of up to me to play anybody the rest of the way, but getting a lot of great work in in these practices.”

The Eagles also have joint practices with the Baltimore Ravens next week, another factor in the decision of potentially sitting Wentz this preseason. Wentz will get the live reps against a first-team defense from another team, getting the valuable snaps in the two joint practices.

“It will be another step in every players’ progression, quite frankly, a lot of our starters as they prepare for the season-opener, but it’s just another part of camp that we’re going to go through,” Pederson said. “We’re excited with Baltimore coming up here next week, we are looking forward to that and should have some really good practices. That’s a great way to evaluate, kind of going back to the question of, knowing our offense, knowing our defense, at least now, you go against another team that you get to execute your stuff.”