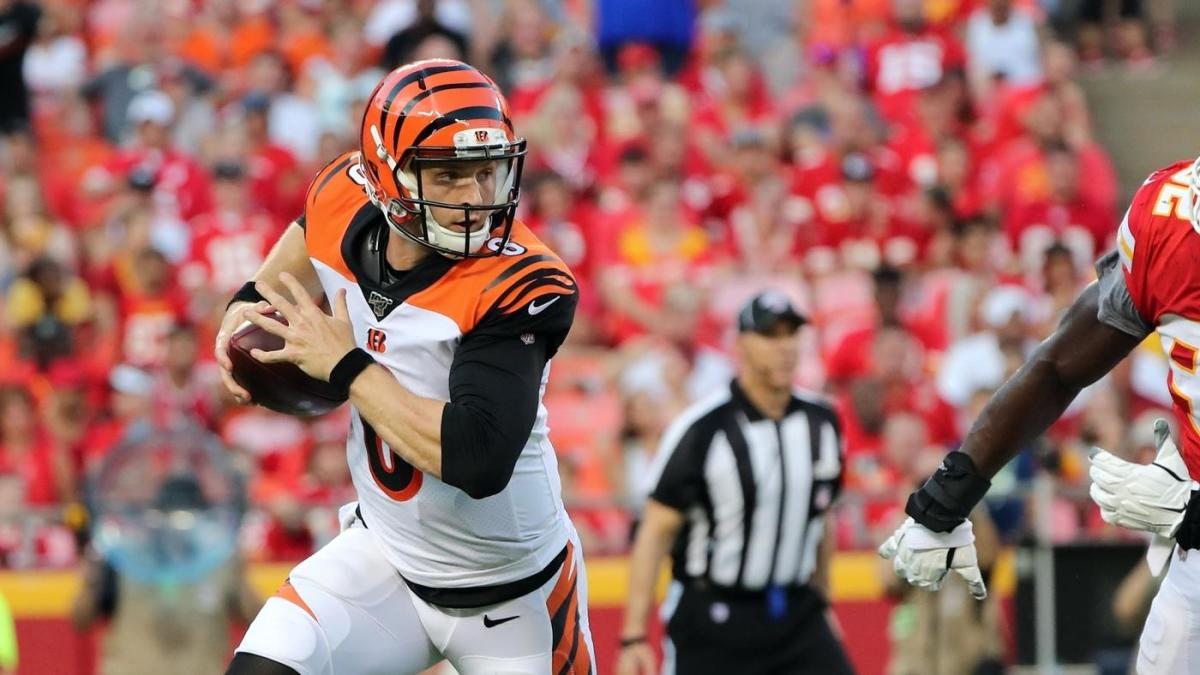 Jeff Driskel is on the roster bubble for the Cincinnati Bengals at quarterback, but he’s trying to prove to the team he is willing to do anything to be on the 53-man roster. During Tuesday’s training camp practice, Driskel volunteered to line up at wide receiver for the Bengals 11-on-11 session.

“He wants to bring value to this team,” Bengals head coach Zac Taylor said of Driskel to media members Tuesday. “He’s not out of the quarterback competition by any stretch. He just feels like he can help us, and we feel like he can help us on special teams.

“You saw him take a couple reps at receiver. He’s a great athlete. He’s 235 pounds. He’s explosive. He has good hands. Those guys are hard to come by on special teams sometimes, and even at receiver.

The Bengals have assured Driskel he’s still a quarterback and will compete for the backup quarterback job with fourth-round rookie Ryan Finley (N.C. State). Finley completed an ACC-best 67.4 percent of his passes for 3,928 yards with 25 touchdowns and 11 interceptions as a sixth-year senior. Despite playing only three seasons, he finished third in ACC history with 10,501 passing yards and fifth with 880 completions. Finley has been getting second-team reps in recent practices, which could spell trouble for Driskel if me moves down the depth chart.

Driskel showcasing his value as a pass catcher and on special teams could bring an added dimension to the Bengals offense, similar to how the New Orleans Saints utilize Taysom Hill and the Baltimore Ravens plan to use Trace McSorley. The 2016 sixth-round pick started five games in 2018, compiling a 1-4 record and completing 59.7 percent of his passes for 1,003 yards, six touchdowns and two interceptions for an 82.2 passer rating. Driskel was the former starting quarterback at the University of Florida, throwing for 3,411 yards, 23 touchdowns, and 20 interceptions in four seasons (2011 to 2014). He completed his collegiate career at Louisiana Tech, throwing for 4,026 yards, 23 touchdowns and eight interceptions in the 2015 season.

Driskel will play with the third team, but Taylor appeared impressed with what he saw in limited action. He wouldn’t commit toward admitting if Driskel was one of the best athletes on the team, but he was tempted.