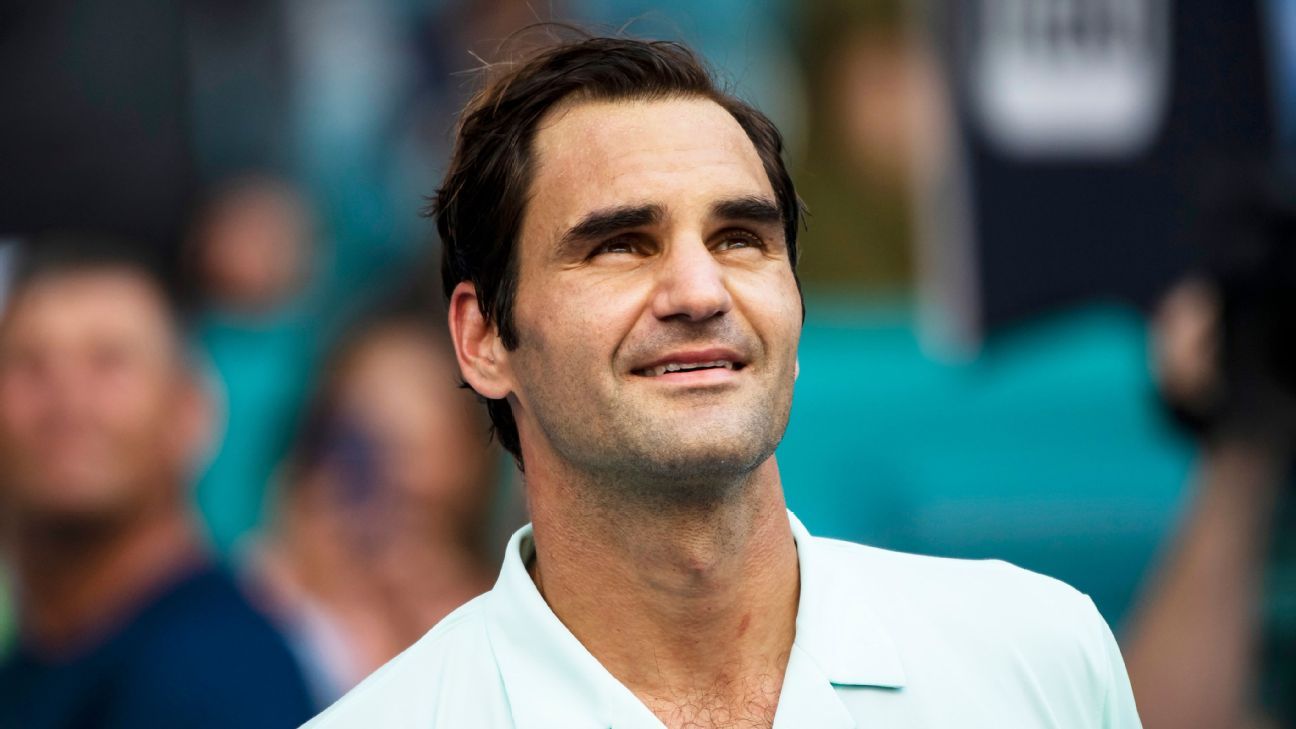 There are no lion-in-winter stories for Roger Federer, Rafael Nadal or Novak Djokovic because, for them, winter has yet to arrive. All three are in their 30s — Federer 38, Nadal 33, Djokovic 32 — when so many of yesterday’s tennis players had already said goodbye. At various stages in the past five years, each has been rumored to be slipping, finished even, but the opposite is occurring. As the US Open approaches, you have to go back three years for a major that one of them did not win. They’ve won them all, 11 major titles in a row since Stan Wawrinka beat Djokovic for the US Open title in 2016. It’s the second-most devastating stretch of tennis in the Open era, which dates back to 1968, bested only by the 18 titles in a row that the trio combined to win from 2005 to 2009. In the 61 major tournaments since Wimbledon 2004, at least one of Federer, Nadal or Djokovic has reached the final in — get ready — 58 of them.

In the culture’s never-ending attack on women, the WTA has been criticized alternately for not challenging Serena Williams enough or now for having too much parity. The women can’t win. But it’s actually the men who are doing the losing. Some of the Big Three’s dominance is basic: They’re the most complete players of their times and have improved elements of their games during periods when certain tactics had gone stale, flaws were exposed and they had showed vulnerability. When Nadal’s deadly inside-out slashing forehand – one of the most lethal shots in the history of tennis — suffered fits of unreliability, he worked to turn his backhand from a neutralizing shot into a weapon. When Federer had gone from 2013 to 2016 without winning a major despite still being a dangerous player, he returned the serve-and-volley to his game. In 2014, he also finally released his stubbornness, got with the times and used a bigger racket, the powers of which he fully unleashed in 2017 — since then he has won three majors and is 5-1 against Nadal, his greatest nemesis. When Djokovic graduated from great player to legend in 2011, he did so not because the rest of the field showed slippage but by making his serve one of the best in the game, and by elevating his mental toughness to match his tremendous physical endurance. Healthy after his 2017 injury dip, he has won four majors since.

Meanwhile, did championships fall through the fingers of the other truly great players on the tour who now seem more to resemble the Washington Generals, setups, Bums of the Month in the face of the Big Three’s inevitability? Absolutely. Could Gael Monfils, perhaps the greatest athlete the sport has ever seen, have played with more aggression and focus? Yes. Could Milos Raonic, with his 140 mph serve, have improved his return and his movement? Yes. Could Grigor Dimitrov, once saddled with the impossible nickname Baby Fed, become a mentally tougher player? Perhaps, perhaps not. Could Jo-Wilfried Tsonga, another marvel, have improved his backhand, return and tactics? Shouldn’t the youth of Nick Kyrgios, Dominic Thiem, Alexander Zverev and Stefanos Tsitsipas be wearing down these tired champions? Yes. Should all of the men’s tour by now have discovered the belief in their talents to wrest the game back from three legends unwilling to yield to a younger field?

Yes. But they didn’t. And they haven’t.

What is left is an ATP Tour that has been a table for three, where partisans of each debate which one is the greatest in real time, instead of when their careers have appropriately ended. Each makes a claim: Federer has the most majors with 20; Nadal has 18 but has the highest winning percentage in finals at .692; Djokovic has 16 majors, but he has a lifetime winning record against each of the other two.

While the men on tour are doing a lot of losing at the hands of this trio, the winner is us, the watchers and chroniclers of the sport. We have been blessed with style and characteristics beyond the mundanity of statistics — the quick, signature service games, astounding mastery of shots and deceptive competitiveness of Federer; the relentlessness, footwork and forehand of Nadal; the technical excellence, defensive reflexes and suffocating pressure of Djokovic. We have been blessed with three legends who will not soon be forgotten.