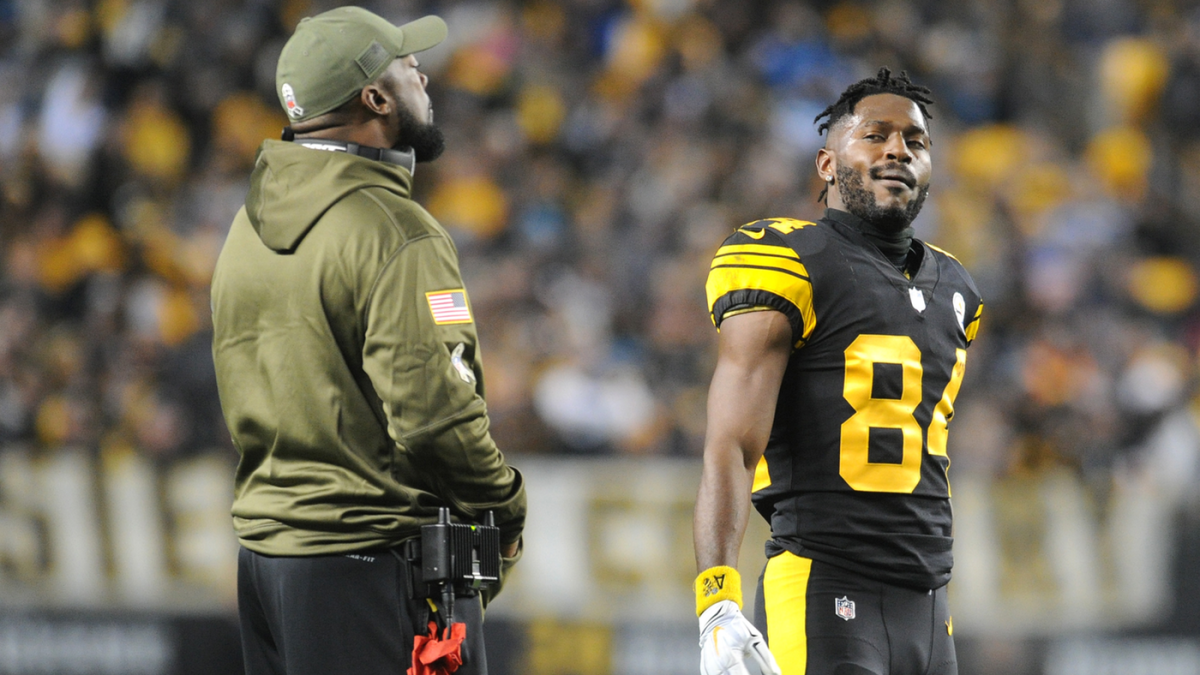 Antonio Brown was traded for third and fifth-round draft picks back in March. At that time, the Pittsburgh Steelers, the team that traded Brown to the Oakland Raiders, took considerable heat for trading Brown to Oakland without getting a first or second-round pick in return.

Less than a half a year later, you wonder what the Steelers would get if the trade to trade Brown now, in wake of Brown’s recent saga that has seen him threaten to retire over whether or not he will be allowed to wear his old helmet in 2019. It’s safe to say that they wouldn’t get close to what the Raiders gave them in March for the rights to Brown, who continues to be at the center of drama and controversy despite getting a fresh start in Oakland and again becoming the NFL‘s highest-paid receiver.

Oakland has a contingency plan after acquiring wide receivers  Tyrell Williams and J.J. Nelson this offseason, while also drafting camp darling Hunter Renfrow. This trio may be who Derek Carr may have to depend on this season, as Brown continues to miss practice time over a frostbitten foot and a helmet dispute.

Lost in Michael Silver’s revealing report of Brown’s current helmet dispute with the NFL are the new details about Brown’s current standing in Oakland. Based on Silver’s report, it appears that Brown is exuding the same actions in Oakland that the Steelers reluctantly tolerated in Pittsburgh. In the past, he earned a reputation as one of the NFL’s hardest workers (when he practices), but now Brown is again reportedly showing up late to meetings and other team functions. He is also reportedly not entirely focused on the task at hand when he does attend meetings.

“Brown, according to witnesses, typically glances at the screens of several tablets and his smartphone during meetings,” Silver wrote, “distracting himself by engaging in activities which include perusing his bank accounts and ‘liking’ photos on Instagram…”

On Friday, we broke down the entire timeline of the Brown saga and the windy road he took from Pittsburgh to Oakland.

The Steelers, meanwhile, have been enjoying life without the franchise’s No. 2 all-time receiver in career catches, yards, and touchdowns. Pittsburgh’s receiving corps, a group that underwent a needed makeover following the trade of Brown, continues to show signs of its potential. James Washington, who is battling to replace Brown on the depth chart, caught four passes for 84 yards and a score that included a nifty 48-yard grab in Pittsburgh’s win over Tampa Bay in their preseason opener. Zach Gentry, a rookie tight end out of Michigan who was selected using the fifth-round pick the Steelers acquired for Brown, caught his first NFL touchdown pass Friday night.

Pittsburgh received stellar play at the receiver position Friday night from unheralded players that included Johnny Holton and Tevin Jones, two young wideouts who are battling for a place on Pittsburgh’s 53-man roster. While Jones caught a touchdown pass late in Pittsburgh’s 30-28 victory, Holton’s 59-yard catch and run through Tampa Bay’s secondary proved to be one of the night’s main highlights while strengthening his cause to make the 53.

While JuJu Smith-Schuster has continued his evolution as one of the NFL’s premier receivers, the Steelers may have another rookie sensation on the horizon in Diontae Johnson. While Johnson has been slowed by an injury in recent weeks, the 66th overall pick in this year’s draft (the third-round pick the Steelers received in the trade for Brown), was off to a strong start in camp prior after vastly improving his conditioning following Pittsburgh’s rookie minicamp. The Steelers’ receiving room has also been buoyed by the addition of veteran wideout Donte Moncrief, who has quickly made a positive impact on the team both on and off the field.

Pittsburgh’s recent history of finding success in the draft at the wide receiver position is arguably unmatched by any other NFL franchise. This likely played a big role in their decision to trade Brown and it will certainly ease the weight of his loss.

Mike Tomlin, Brown’s coach for each of his nine seasons in Pittsburgh, recently talked to CBS Sports HQ to talk about Pittsburgh’s ability to replace elite wideouts in recent seasons.

Yes, this past weekend is a small sample size of the Steelers’ new life without Brown, and of Brown’s new life in Oakland. The Steelers will still go through some growing pains without Brown, who will likely not make good on his threat to retire even if forced to wear a league-approved helmet this season.