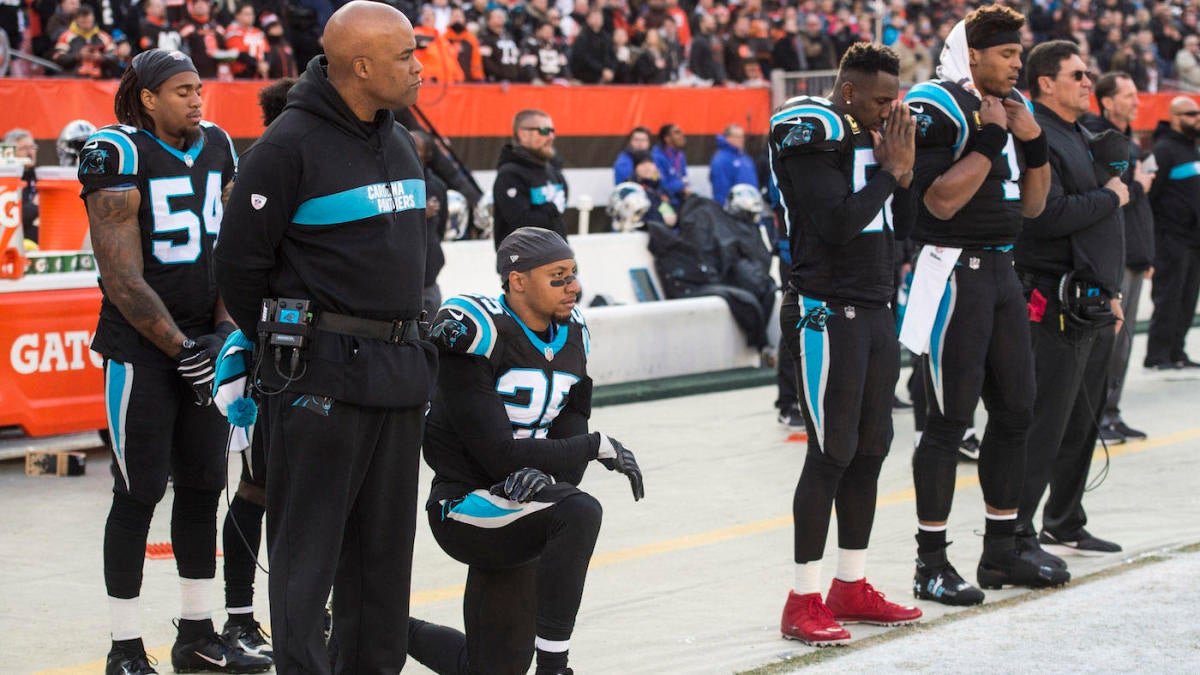 Eric Reid is making headlines for being drug tested by the NFL once again.

On Sunday, the Carolina Panthers safety tweeted that he’s already been tested twice during training camp this summer.

NFL teams reported to training camp in late July and the Panthers only have one preseason game under their belt. During that time, Reid has been tested twice, which leads him to believe that the tests aren’t so random.

Reid also claimed that he was tested seven times during the 2018 season, which was Reid’s first season with the Panthers. The veteran safety made headlines when he stood behind former teammate Colin Kaepernick in his collusion case against the NFL after both players knelt during the national anthem while they played in San Francisco.

Kaepernick hasn’t played in an NFL game since the 2016 season, and is maintaining that he his ready to return, should he get an opportunity..

Reid signed with Carolina in late September after the Panthers placed Da’Norris Searcy on injured reserve and were in need of some depth in the defensive backfield.

Reid registered 71 tackles (50 solo), three tackles-for-loss, and an interception last season. Despite only playing in 13 games, Reid posted the second-most tackles of his NFL career. Reid had 91 combined tackles during his rookie campaign with the San Francisco 49ers.