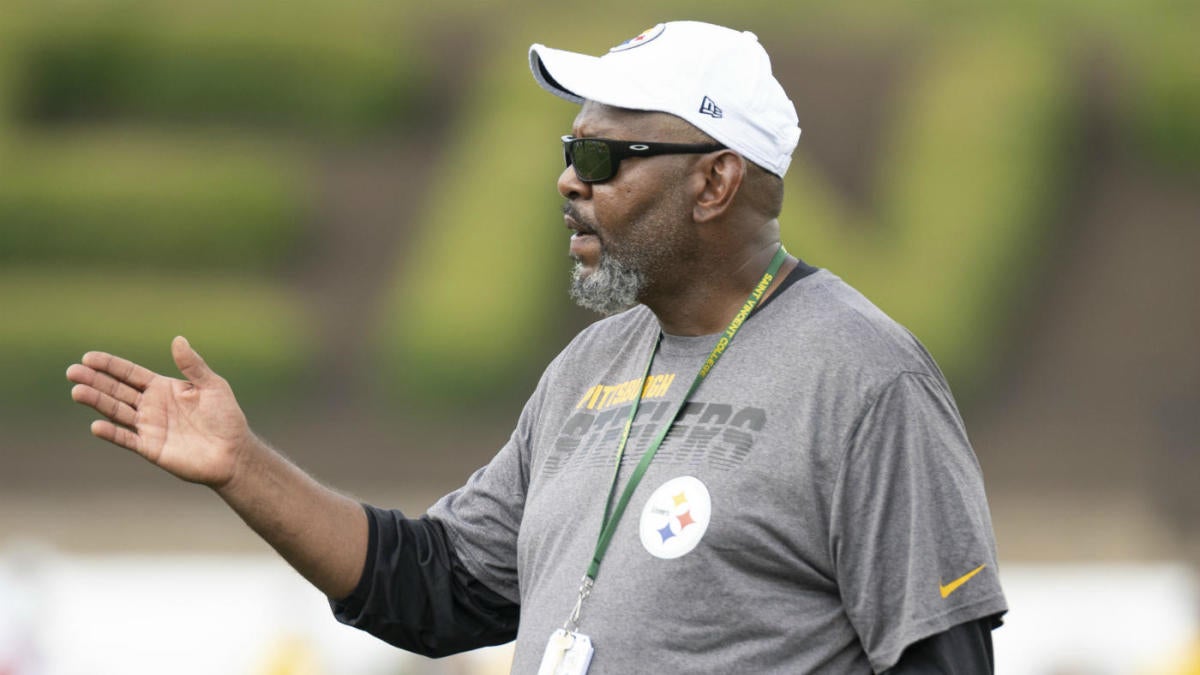 Darryl Drake was not a household name to the average NFL fan. But to those who live within the NFL community, Drake, a longtime NFL assistant coach who died Sunday at the age of 62, was regarded as a tremendously gifted and passionate man who left a significant impact on the game.

Drake, the Pittsburgh Steelers receivers coach, broke into coaching in 1983 following a brief pro career as an NFL receiver. He spent nearly a decade at Western Kentucky before becoming the wide receivers coach at the University of Georgia. One of the players he recruited to Georiga was Hines Ward, who looked back on the impact Drake had on his life shortly after the news of Drake’s passing broke on Sunday.

“He was the only reason I went to Georgia,” Ward told Mark Kaboly of The Athletic. “He was the guy I leaned on for advice just in life. He is one of the first guys to call me after winning the Super Bowl. I still can’t believe he’s no longer with us. We definitely lost a good one today.”

After a year as the offensive coordinator at Baylor, Drake would spend the next five seasons as the receivers coach at the University of Texas, with the title of associate head coach being added to his job title during in 2003. Drake would often cross paths on the recruiting trail with Freddie Kitchens, the Cleveland Browns current head coach who at the time was a young assistant at North Texas. Kitchens was one of several NFL coaches who paid their respects to Drake and his family on Sunday.

“I’m very saddened to learn of the passing of Coach Darryl Drake. The NFL coaching community lost a really good person that always took a great personal interest in the lives of the players he coached and the staff he worked with,” Kitchens said in a statement. “I’ve always considered Darryl a good friend. Our relationship goes way back to my days at North Texas when he was at Texas and our paths would often cross when we were recruiting kids at the same schools. I then had the pleasure of coaching with him on the Cardinals staff for five seasons. He was a really good coach and an even better friend. Our sincere thoughts and prayers are with Sheila, their three daughters and the entire family. Darryl will be missed by me and so many others that were fortunate enough to have their lives touched by him.”

Drake broke into the NFL in 2004, landing a job with the Chicago Bears as the team’s new receivers coach, a position he would hold for nine seasons. With Drake on staff, the 2006 Bears became the second team in franchise history to reach the Super Bowl. While Chicago’s official Twitter handle issued a statement on Drake’s passing on Sunday, several former Bears players, including tight end Greg Olsen, offered their own tributes to Drake via social media.

Drake’s next coaching stop took him to Arizona, where he would spend the next five years of his career. While his influence would help the Cardinals reach the 2015 NFC Championship Game, Drake would probably point to his time working with future Hall of Fame wideout Larry Fitzgerald the highlight of his half-decade in Arizona. Fitzgerald offered his thoughts on Drake on Sunday.

His final NFL stop took him to Pittsburgh, where he was tasked with the challenge of helping elevate the Steelers’ already formidable passing game. Drake did just that, as the Steelers led the NFL in passing yards last season. Drake’s top two receivers, JuJu Smith-Schuster and Antonio Brown, broke the franchise record for most combined receiving yards by a pair of teammates (2,273) in a single season. Brown led the NFL with 15 touchdown receptions, while Smith-Schuster, who honored Drake with the following message on social media on Sunday, earned team MVP honors after catching 111 passes for 1,426 yards.

One Steeler, in particular, who will look to carry on Drake’s legacy is Diontae Johnson, the man Drake said he basically “fell in love with” while spending time with him prior to this year’s draft (you can see Drake discuss Johnson shortly after Pittsburgh drafted him in the video at the top of this article). Johnson, a former standout receiver at the University of Toledo who has shown flashes of his potential this summer during training camp, paid homage to Drake Sunday via Twitter.

Drake’s passion for his job, and the way he inspired and influence the lives of everyone he came into contact with during his coaching career, is what makes his passing so difficult to absorb. Drake often said that getting a chance to positively influence the lives of young people was the best part of his job. That’s why so many players have taken to social media to express the gratitude for him in the hours after his passing.

The Steelers, following the news of Drake’s death, canceled practice on Sunday. They have also announced that they have canceled Monday’s scheduled practice. The Steelers will return to the practice field on Tuesday, and will undoubtedly have Drake on their minds as they look to continue preparations for the 2019 season. When the Steelers head back to Saint Vincent College to continue camp, they will see a memorial for Drake that was made by several members of Steeler Nation on Sunday, a symbol of the impact he had on everyone associated with the franchise.

One team that did practice Sunday was Baltimore, Pittsburgh’s arch rival in the AFC North. But before they did, the Ravens got together and said a prayer for the Steelers, Drake and his family.

“Our condolences and heartfelt prayers go out to the Drake family and Steeler organization with the passing of Coach Darry Drake,” Ravens head coach John Harbaugh said in a statement. “Darryl was a close friend of my Dad and loved by our family. He was the epitome of a man — husband, father, grandfather, coach, teacher, mentor, friend. He will be missed by all who knew him. Godspeed.”