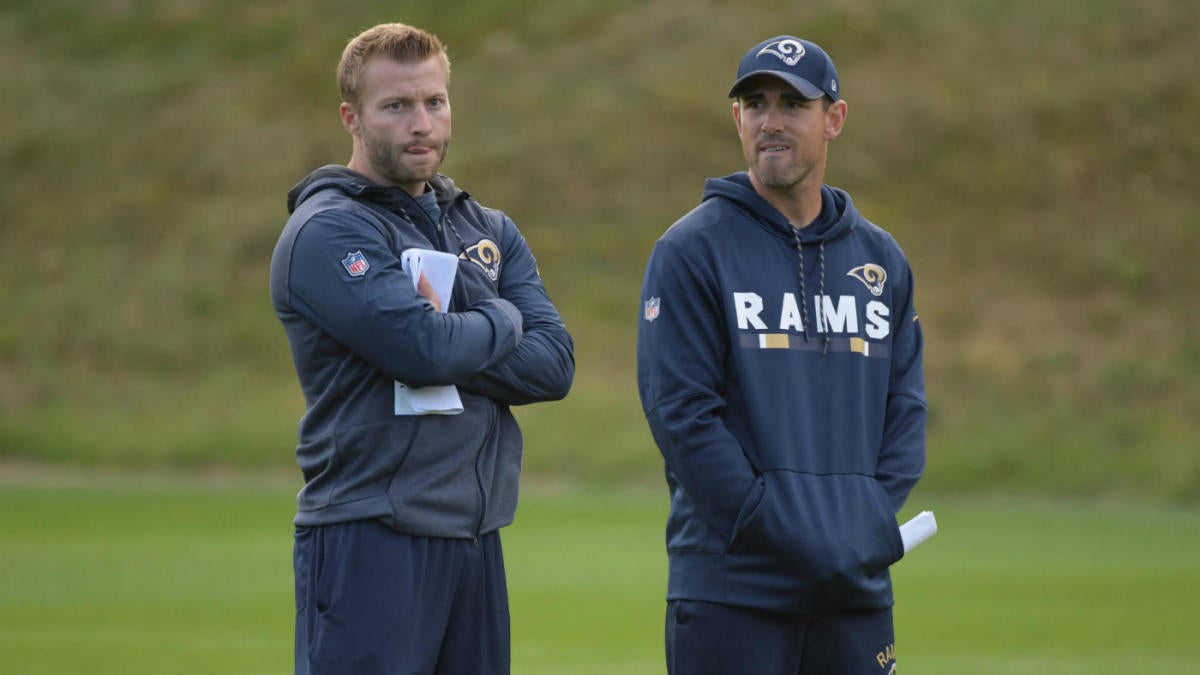 Try watching NFL games this season without hearing about the growing legion of quarterback-guru head coaches. I dare you.

The trend of another offseason is about to become the backdrop for another season, and the bond between these young coaches is stronger than ever. Sean McVay’s coaching tree with the Rams continues to sprout new roots, with Zac Taylor now running the Bengals and Matt LaFleur with the Packers. And while Kliff Kingsbury in Arizona has only tangential-at-best coaching links to that group, there are some lesser-known ties between him and some of these other rookie head coaches. They generally stay in touch – unless facing one another on the schedule – and will be comparing notes at least to some degree throughout their careers.

“There really is a camaraderie there,” Taylor explained, “but it’s really more because we all knew each other before we got to this level. Kliff and I played together in the CFL for three months and we used to go to the movies every day after practice. That’s where Kliff and I go back to.

“Matt LaFleur, I met at the combine when we were on the field coaching quarterbacks, and that’s where I met (Bears second-year coach) Matt Nagy, too. It was really just a quarterback grouping over last seven years; that’s how we got to know each other and some coordinators, and now head coaches. It just sort of happened that way.”

LaFleur and Taylor have been especially good sounding boards for each other in their rookie years since they don’t have to worry about playing. With the Bengals facing the Rams, Taylor hasn’t been able to call on McVay to the degree he would if they were not on the schedule (Cincy goes to L.A. in Week 8).

“It really goes back to us all knowing each other coming up, and it’s really cool to see LaFleur and I going through the same thing,” Taylor told me. “He’s one of my really close friends, so we do call each other. We’re in opposite conferences, and when you have a question about ‘How are you doing this?’ That’s an easy call to make, and you can be totally transparent, because there is no compromising.

“And with the Rams it’s a little bit different because we play them, you know. So after this season hopefully the Super Bowl would be the only opportunity to play them for a few years, so that would be nice to open the floodgates of communication with Sean a little bit. But right now, understandably, we keep it to outside of football conversations for the most part.”

The latest on new CBA talks

The NFL‘s ongoing negotiations with the NFLPA will be a constant subplot to this season. I got a chance to take the temperature of some of the players’ reps from various teams about the state of the collective bargaining agreement talks, and came away generally optimistic about the possibility of a deal getting done in 2020 – well ahead of the expiration of the current CBA.

While some in the media have been pushing the idea of a deal getting done before this season, that frankly never seemed realistic to any of the parties involved in the process that I have talked to, and it’s always been the most artificial of faux deadlines. As I first reported back at the combine in February, the fact that the sides had already laid down so much initial groundwork was already a major step, and the process continues to roll along at a steady clip.

There will be other obstacles to overcome, but the sense that that there is a deal to get done continues to permeate.

“It’s just good to see us being open to it, on both sides,” Steelers offensive lineman and NFLPA player rep Ramon Foster told me. “There are a lot of things that need to be changes – they know that and we know that, just on a lot of different levels. Of course always the biggest one is money – the split on revenue, and player safety and the tags. Not only that but things for guys like a JuJu (Smith-Schuster) or Ezekiel Elliott, who have outplayed their contracts, and protection of those guys.

“And let’s try to work this as a partnership, not like we are at war all the time. But of course when you talk money and numbers that tends to create a war and a hate to use that term, but that’s what it can be like with players versus owners. So we just have to work through that, but we all know that we have a good product out there and just work through it. I know there was a supposed timeline of trying to get it done, but from the PA standpoint there is no way we’re going to rush it, because this has to be right not only for our current players but retired players and the pre-93 guys.”

Both sides seem in agreement that with gambling money about to flood in and new broadcast deals on the horizon, now is not the time to kill the golden goose.

“No doubt,” Foster said, “because right now we’re hot, and that’s not always the case. And people talk about the popularity of the NBA and NFL … and sure everybody loves the NBA offseason, but when the NFL comes around America loves what we’re doing. And with that, the TV contracts are just huge and the gambling aspect of sports is going to be huge for everybody. So everybody can benefit from that and as you said there are a lot of dollars behind that, and we recognize that of course. Our owners and CEOs and investors in these teams recognize it too.”

Could a kicker trade shift power in NFC North?

I can’t help but wonder if what would be considered the most minor of an easily-overlooked transition – a trade for an inexperienced kicker – will end up shifting some power in an NFL division. Specifically, the NFC North.

The Ravens knew they had something special in camp in kicker/punter Kaare Vedvik, who has starred in two straight training camp/preseasons for them. He suffered injuries after being assaulted last summer, spending all of last season on the reserve/non-football injury list as a result. He wasn’t going to make their team with Justin Tucker on pace to be arguably the greatest kicker in NFL history, but the native of Norway made a big impression and Ravens brass, knowing the state of kicking can be dire, prepared to showcase him this summer.

As I’ve chronicled a few times, he was in demand, and after nailing four kicks in the preseason opener – including one from 55 yards – and also crushing two high punts over 50 yards, teams were sniffing around. The fact Baltimore got a fifth-rounder for him speaks volumes to his potential value, and the fact he landed with the Vikings and not the Bears is worth monitoring. Chicago’s kicking crisis has been well chronicled, and this kid might save the Vikings a roster spot if he fills both kicker and punter roles.

It’s another feather in the cap of Ravens exec Eric DeCosta and head coach John Harbaugh, a former special teams coach himself whose team continues to develop specialists. Can’t help but wonder, if Vedvik nails a few big kicks in a tough division, if others will have remorse at not jumping in.