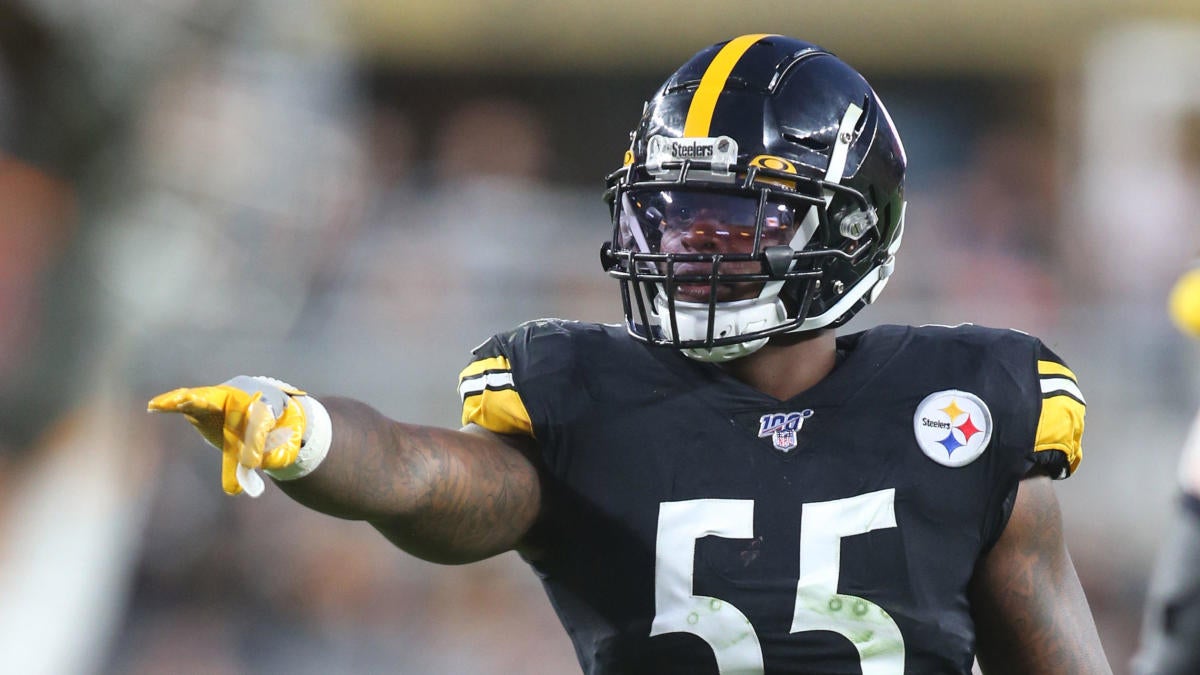 Ryan Shazier’s injury late in the 2017 regular season probably cost that Steelers‘ team a shot at appearing in the Super Bowl. Pittsburgh’s failure to adequately address Shazier’s continued absence in 2018 was one of the reasons why the Steelers missed the playoffs for the first time in five years.

Steelers GM Kevin Colbert made sure that Pittsburgh wouldn’t make the same mistake in 2019. Armed with the two picks the team received from Oakland in the Antonio Brown trade as well as the 2020 compensatory pick the Steelers will receive after losing Le’Veon Bell to the New York Jets, Colbert was able to trade up 10 spots in this year’s draft to select former Michigan inside linebacker Devin Bush, a reigning All-American as well as the 2018 Big Ten Defensive Player of the Year.

Bush, the first defensive player the Steelers have traded up to acquire in the first round since Troy Polamalu back in 2003, has made a splash in his first several months in Pittsburgh. After a strong minicamp, Bush continued to show why Pittsburgh was determined to make him a Steeler during the first two weeks of training camp. Bush, who is competing with veteran Mark Barron to be Pittsburgh’s starting left ILB when the regular season begins, has been calling out signals for the Steelers’ first team defense on a regular basis. He has also been showcasing his versatility by making plays in both run support as well as in pass defense.

Fittingly, Bush’s first preseason game came against the team that used to feature his godfather, Hall of Fame linebacker Derrick Brooks. Brooks, an 11-time Pro Bowler, five-time All-Pro and the NFL Defensive Player of the Year the season he helped lead the Buccaneers to their first Super Bowl victory, is the reason why Bush chose to wear No. 55 shortly after he was drafted by the Steelers.

Against the Bucs, Bush collected 10 tackles that included seven solo stops. His signature play came on the final play of the first quarter. With the Steelers (who allowed Jameis Winston and the Buccaneers’ first team offense to score a touchdown on the game’s first drive) on the verge of falling further behind, Bush and outside linebacker Ola Adeniyi combined to stop Arizona running back Andre Ellington on fourth-and-1 at the Pittsburgh 26. The stop helped set up the Steelers’ first points en route to a 30-28 victory.

Pittsburgh head coach Mike Tomlin rested him for the entire second half. It was at about that time that starting strong safety Terrell Edmunds, last year’s first round pick who accepted the 2018 Joe Greene Great Performance Award (the award given annually to Pittsburgh’s top-performing rookie) before the game, spoke glowingly about his new teammate.

“Man, he did great,” Edmunds said of Bush’s debut, per the team’s official website. “He was out there flying around, made a lot of plays, [was] supposed to have a pick-six right there, but he definitely is going to be a good fit for us, making the defense faster.

“We’re just out there communicating, having fun.”

Ah, the near pick-six, one of several plays Friday night that showed that Bush is still a rookie, after all. While his less-than-stellar moments Friday night included a missed sack opportunity and a few passes given up over the middle to Tampa’s tight ends, the play Bush was specifically asked about after the game was his missed opportunity to record an interception off of Bucs quarterback Blaine Gabbert. Bush simply said that he simply wasn’t ready for Gabbert’s pass, which smacked him in the facemask before falling harmlessly to the Heinz Field tuft. Rest assured that Bush will apply that situation to Pittsburgh’s upcoming preseason game against the Kansas City Chiefs.

While the Steelers are surely happy with Bush’s production in his first NFL game, Tomlin said that Friday’s game was more of a test to see how well Bush would communicate while calling Pittsburgh’s defense. Tomlin appeared to be pleased with what he saw — and heard — from Bush.

“I was less concerned with his productivity and more concerned about his demeanor. And I really liked his demeanor,” Tomlin said, per Jim Wexell of Steel City Insider. “He was present. It wasn’t too big for him. He handled the communication responsibilities associated with his job. He was alert, and those were good signs.”

Now, back to those Bush-Shazier comparisons. Bush has made it clear on numerous occasions that he isn’t trying to be Shazier, a two-time Pro Bowler who was in the running to be named the Defensive Player of the Year before sustaining his serious spinal injury in December of 2017. Bush instead wants to focus on creating his own name while utilizing his skillset to help the Steelers’ defense rebound after a disappointing 2018. At the same time, Bush does also understand that, while he can create his own niche in Pittsburgh, his skill set — similar to Shazier’s — could be the missing piece to Pittsburgh’s championship puzzle, a puzzle that was missing a few significant pieces during the 2018 season.

Bush is also grateful for Shazier, a fellow product of the Broward Country, Florida area who has continued assisting the Steelers in an unnamed role. Bush has called Shazier a “big brother” of sorts while attributing some of his early NFL success to the man he hopes to help replace in 2019.

“I watched [Shazier] a lot. I definitely did, especially when he first came out out of college,” Bush told 105.9 the X back in May. “He ran a super-fast time [at the 2014 NFL combine] and I’ve been watching him ever since. I already knew about him because we’re actually from the same place in south Florida. He’s just a big brother for me. He’s there whenever I need him. We text, we talk, we talk about life, we talk about football. He’s like, ‘Anytime you need anything, anytime you need to talk about anything, I’m willing to help and I’m here.'”

Shazier, like many of Pittsburgh’s veteran players, gets it. To be truly immortalized in Pittsburgh, you have to have played a role on a championship team. Shazier, even though he won’t be able to assist the Steelers with his on-field presence in 2019, is doing whatever he can to help bring a championship to Pittsburgh sooner rather than later.

Shazier and his older teammates have helped pass that mindset along to Bush, who was already an ultra-competitive athlete before stepping foot in Pittsburgh. While putting up great statistical numbers is nice, Bush knows that his rookie season — and possibly his career in with the Steelers — will largely be evaluated by whether or not the team adds to its collection of Vince Lombardi Trophies during his time in Pittsburgh.

While some rookies would shy away from this type of pressure, Bush is sprinting at it, full speed ahead.

“[The Steelers are] looking to win now and they’re not looking to win three years from now, and I like that,” Bush said of his new team. “I’m a guy that likes to win. I hate losing. I wanna help any way I can to their journey of winning and allow myself to grow as a player and to be able to keep winning.”

Bush’s goals for his rookie season?

“Win as many games as possible,” he said, with zero hesitation. “Get to the playoffs, and handle business from there.”