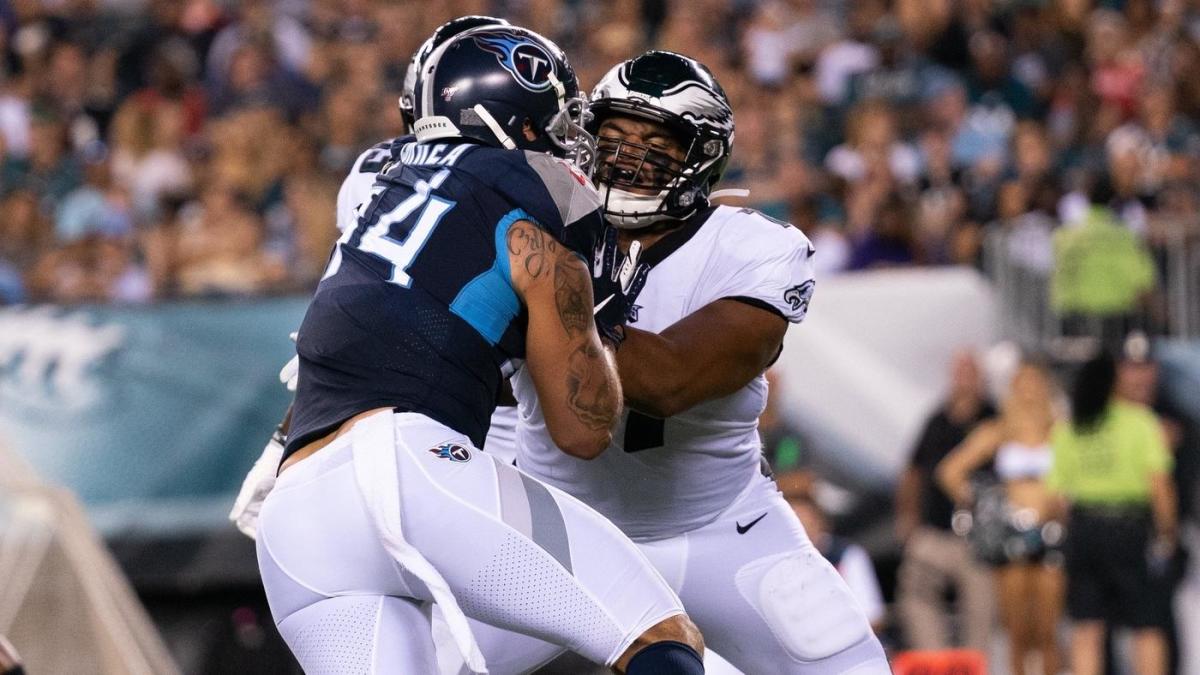 Andre Dillard has developed a mean streak throughout Philadelphia Eagles training camp, proving his worth since being selected by the team in the first round of this year’s NFL Draft. Dillard, who seemed to be carrying a chip on his shoulder throughout Monday’s camp practice, leveled Eagles safety Johnathan Cyprien on a block, which caused tempers to flare.

After the Cyprien block, multiple Eagles beat reporters tweeted at camp practice Derek Barnett took a few shots at Dillard as a quick fight broke out. Many of their Eagles teammates surrounded Dillard and Barnett, who was emotional after the practice.

Eagles head coach Doug Pederson and All-Pro center Jason Kelce, who had a off day, went over to console Dillard. With Pederson and Eagles general manager Howie Roseman talking with Dillard, he and Barnett eventually reconciled and made up.

Dillard has been impressive throughout Eagles camp, which translated into his preseason debut. In his first NFL game, Dillard didn’t allow a single pressure in 33 snaps against the Tennessee Titans‘ first and second team defensive linemen.

Dillard keeping the intensity at a 10-10-10 practice is an excellent sign for the Eagles, especially since the practice was a non-padded session. The “10-10-10” practices are light sessions and are meant for the players to work on their game on both sides of the ball.

The Eagles are clearly ready for camp to be over as they hit the dog days of the summer. Camp technically closes Tuesday before the Eagles host a joint practice with the Baltimore Ravens next week. They’ll need Dillard to continue that mean streak.