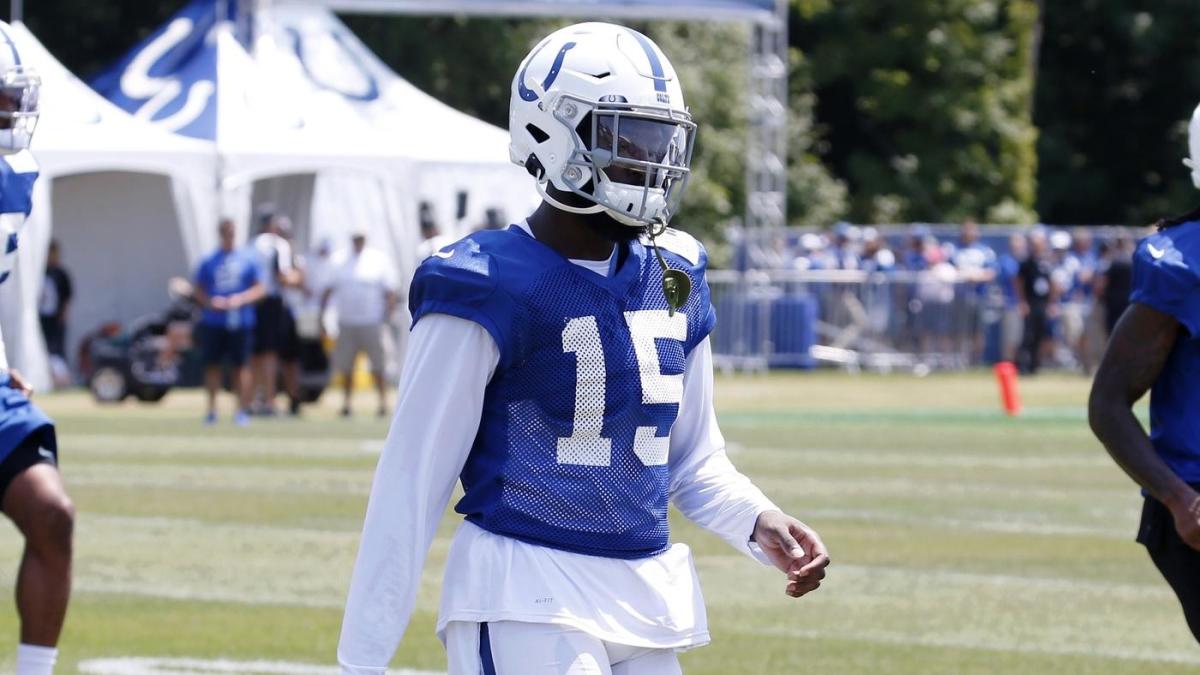 The Indianapolis Colts have gone through the majority of training camp without franchise quarterback Andrew Luck and second-round pick Parris Campbell, both of whom are going to be out longer than anticipated. Colts head coach Frank Reich won’t admit Campbell suffered a setback regarding the hamstring injury that kept him out for 10 training camp practices, but the Colts second-round pick won’t be returning to the field this week.

Campbell set an Ohio State season-single record with 90 receptions in 2018. He also tallied 1,063 yards and 12 touchdowns for the Big Ten and Rose Bowl champion Buckeyes. His statistics improved with each passing season.

Campbell was fifth in the country in yards per route run at 3.47, but only caught two passes of over 20 yards. Projected as a slot receiver in the NFL, Campbell’s 79 slot receptions were third in the nation and 939 slot receiving yards were fifth. Campbell averaged 11.8 yards per catch and 9.7 yards per target.

While Campbell is still working through his hamstring injury, Andrew Luck is out for the joint practices with the Cleveland Browns this week. Luck has participated in just three practices since April and has been out since July 28 with a calf injury. Luck isn’t concerned the injury will affect his preparation for the season, but remains cautious regarding any injury over the last few years.

“At times I do worry about it,” Luck said last week. “It can be frustrating. The arc of an injury, whether it’s a big surgical one or something you’re rehabbing through. But no, because I’ve improved. Maybe I’m not improving as fast as I want and missing things is no fun. It eats at you. But I do know at the end of the day if I’m getting the most out of myself, if I’m being the best I can that day, then that’s what I need to do.”