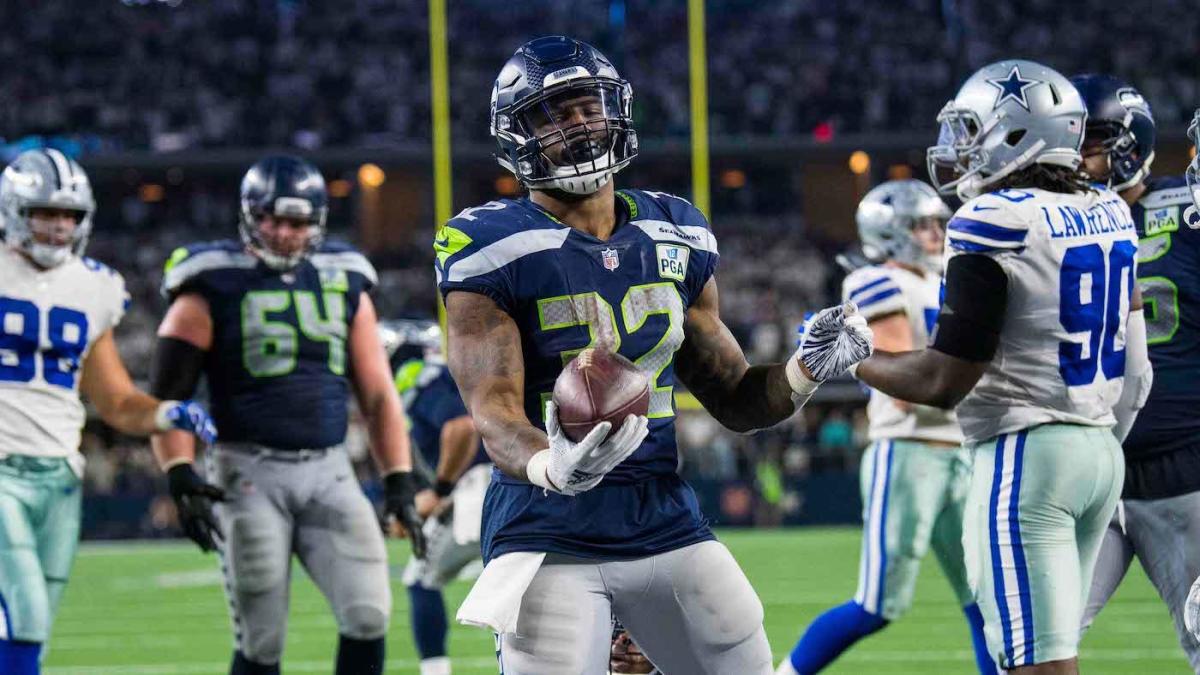 When considering the best running back groupings in the NFL, the Seattle Seahawks probably won’t make your list. But with how they plan on playing in 2019, they may just change your mind.

There are no secrets when it comes to the Seahawks’ offense, it survives and thrives on big plays created by the highest-paid arm in the NFL. Running backs Chris Carson and Rashaad Penny are both versatile weapons, but they are more of a side attraction in Brian Schottenheimer’s system. With a younger receiver corps that no longer includes Doug Baldwin, however, this offense should look a little different in 2019, and the running backs are going to be the ones who benefit.

Carson and Penny combined for just 29 catches last year, but expect that number to go up this season. Head coach Pete Carroll now wants to put them in situations where they get touches in the passing game.

“Both those guys have really good hands,” Carroll said of Carson and Penny on Sirius XM NFL Radio. “Chris may have the best hands on the team. He’s got great catching range and is really comfortable with catching the ball in all different kinds of positions. He’ll catch the ball more this year. For sure. That’s just something that we want to — just expand expand his role, which he’s capable of doing, we’ll play him more on third downs because he is such a capable guy. As a young starter a year ago, we didn’t want to put too much on him but he’s worked throughout the offseason to become that so he’s going to make himself a well-rounded player.”

Now that Carson has a couple of years in this offense under his belt, Carroll is going to give him added responsibilities — and there’s no denying that he’s earned it. The former Oklahoma State back broke out in 2018, and rushed for 1,151 yards and nine touchdowns. He has a pretty good sidekick in Penny as well, who rushed for 419 yards and two scores in his rookie season.

This is just another added layer to what is already one of the more explosive offenses in the NFL. It remains to be seen if the passing game can still be the Seahawks’ bread and butter with young wideouts like D.K. Metcalf, Tyler Lockett and Keenan Reynolds — all talented but relatively unproven. Expect Carson and Penny to step up in a big way for Russell Wilson and the Seahawks this season.