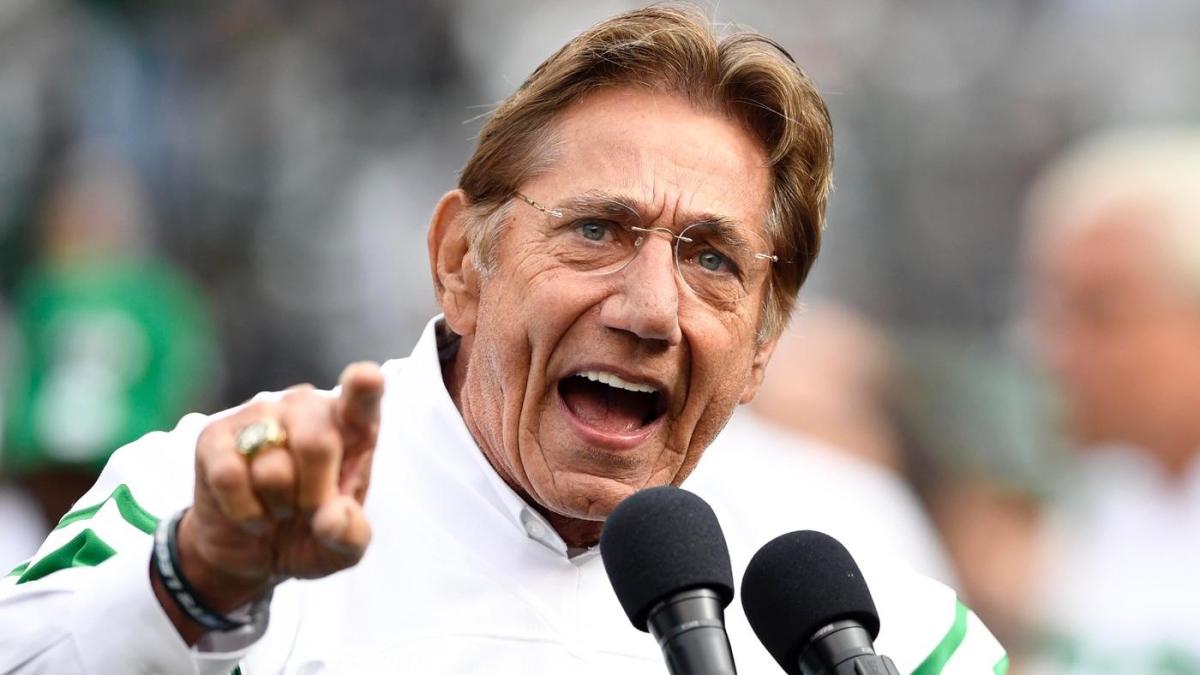 Joe Namath, 50 years after helping change the face of professional football, was back at Jets training camp on Monday. But Namath, the greatest player in franchise history, was not there to talk about the past, even as he sauntered around practice with his Super Bowl III championship ring dangling on his legendary passing hand.

Namath was at camp to talk about the team’s future, specifically the future of the team’s new young signal-caller, Sam Darnold, the former first-round pick who is entering his second season in New York.

“He gives a good vibe, a good feeling,” Namath said of Darnold, per ESPN’s Rich Cimini. “He’s respectfully humble. Physically, he can play as well as anybody. He just needs to keep polishing himself and the team needs to polish up.”

The Jets are looking to polish a lot of things up after sustaining a third consecutive losing season in 2018. New York started by firing Todd Bowles and replacing him with Adam Gase, an offensive-minded coach who won a Super Bowl as Green Bay’s quarterbacks’ coach in 2010. He was also Denver’s offensive coordinator when the Peyton Manning-led Broncos advanced to Super Bowl XLVIII.

New York’s biggest offseason splash came when they inked former Pittsburgh Steelers All-Pro Le’Veon Bell to a four-year deal that could reach up to $61 million with incentives. New York has also focused heavily on defense this offseason, signing free agent whale C.J. Mosley — a standout linebacker from Baltimore — to a five-year, $85 million contract. The Jets also used their first two draft picks on the defensive side of the ball, acquiring former Alabama defensive lineman Quinnen Williams with the third overall pick and former Florida OLB Jachai Polite with the 92nd overall pick.

The Jets’ success in 2019, however, ultimately comes down to Darnold, who was thrown into the fire during his rookie season in New York.

As a rookie, the former USC standout completed 57.7 percent of his passes for 2,865 yards with 17 touchdowns and 15 interceptions. The Jets were 4-9 last season under Darnold, who led a New York offense that finished 25th in the league in passing yards, 26th in rushing yards, 29th on third down efficiency and 30th in red-zone efficiency.

Darnold and the Jets’ starting offense (sans Bell, who watched the action from the sideline) offered a promising start in their first preseason game Thursday night against the Giants. After an incomplete pass on his first attempt, Darnold completed his next four passes that included a 32-yard completion to tight end Chris Herndon. Darnold capped off his only drive of the night with a 3-yard scoring strike to wide receiver Jamison Crowder, who was signed this offseason after spending his first four seasons in Washington.

While the Jets have tried to build a stronger team around Darnold this offseason, the young quarterback recently pointed to two things he feels has helped him develop into a better quarterback entering his second season.

“I think a lot of [his improved passing] stems from my hips,” Darnold said earlier this month, per the Associated Press. “I’ve been working on my hip strength, my hip flexibility throughout this offseason and throughout training camp. So as long as I just continue  to work on that and continue to grind through getting my hips stronger and more flexible and also stable, my arm will continue to get stronger.”

The intangible Darnold mentioned with regard to his growth?

“I think it just comes with confidence and going out there and knowing that I can do this,” he said. “It’s not that I didn’t know that last year, it’s just that, with this offense, I feel like I already know most of it, so I’m out there just going out there and spinnin’ it. Whereas last year I was still not super comfortable with all the guys, and getting in the huddle, feeling timid. I wasn’t really myself. And so I think this year, now that I’m stepping into that leadership role, I’m definitely a lot more confident and comfortable in myself.”

Confidence, like a pitcher in baseball and a goaltender/keeper in hockey/soccer, is a key ingredient to being a successful NFL quarterback. No one knows that better than Namath, who backed up his confidence and bravado with precise passing and near-perfect command of the Jets’ offense in New York’s history-making victory over the Colts in Super Bowl III. Namath’s tangibles as a quarterback aren’t the main reason why he’s in the Hall of Fame; how he got his team to believe that they could pull off the greatest upset in pro football history is.

And while not many people expect Darnold’s improved passing and confidence to lead the Jets to their second championship in 2019, Namath, like some of the Green and White’s fan base, can hope.

“Championship,” Namath said with a smile Monday when asked about his hopes for the 2019 Jets. “Expectations and hopes, those are two different things, you see. [I] hope we can win a championship, but I don’t know if that kind of talent is here right now. It remains to be seen.”