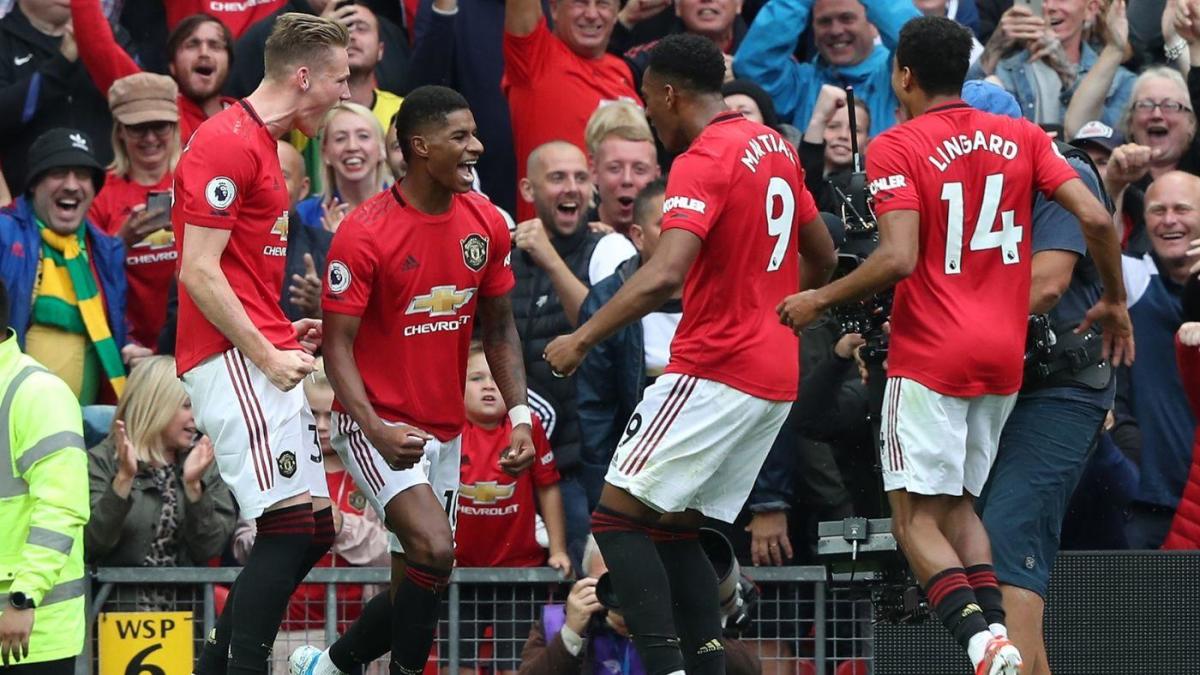 The Premier League season couldn’t have started better for Manchester United. On Sunday at Old Trafford, the Red Devils blasted Chelsea, 4-0, scoring three times in the second half to spoil Christian Pulisic’s debut for the London-based club. The Blues started strong, but once United got a first-half penalty kick and converted, the Red Devils finally clicked and poured it on in a surprisingly authoritative display. Here are three takeaways from the match:

So far, so good in attack for United

The big question entering this one was where would the goals come from? Romelu Lukaku is now at Inter Milan, and United is really without a true No. 9. Ole Gunnar Solskjaer opted for Anthony Martial and Marcus Rashford in attack, and between the two, they provided three goals.

Rashford scored a penalty kick in the first half, and it was Martial that made it 2-0 in the second half with this finish inside the box 65 minutes in. Credit to Andreas Pereira for delivering the ball into the perfect spot:

That was the start of three goals in 15 minutes to point it away. Just two minutes after Martial’s goal, Rashford got his second off a spectacular ball from Paul Pogba. Here it is:

New signing Daniel James then had a deflected shot find its way to the back of the net 81 minutes in to complete the dominant victory, sending new Chelsea coach Frank Lampard home with a loss that will be hard to swallow. When facing numbers in attack, United didn’t always do the best job creating opportunities, but on the counter they were merciless and have sent out a warning to the rest of the league with this result.

There were some promising signs for Chelsea

For much of the first half, Chelsea looked like the stronger side. The Blues hit the left post twice in the first half through Tammy Abraham and Emerson, and it felt like a goal was coming before the break. But when that first goal came from United, Chelsea fell off the map and was disorganized. With N’Golo Kante starting on the bench, the Blues never really had control of the middle of the field.

Despite what may be viewed as a weakened group of players in attack, Chelsea had more shots than United (18-11 on the night). There are some pieces to work with for the Blues, but there is no doubt that they have a lot of work to do.

Pulisic came on in the 58th minute for Ross Barkley, but it didn’t go too well. The 20-year-old from Hershey, Pa. didn’t receive a lot of quality passes and then turned the ball over on United’s third goal. As with any team, it’s going to take time for him to get adjusted, but this was a debut to forget. In the final moments, he had a chance to set up Olivier Giroud with a chance, but Pulisic skied his cross all the way across the field.

Here’s the moment he came on:

For United, it was a great start to the season and it erases some questions, while there are now more for Chelsea.

Premier League action continues next weekend, and you can watch the biggest games on fuboTV (Try for free).