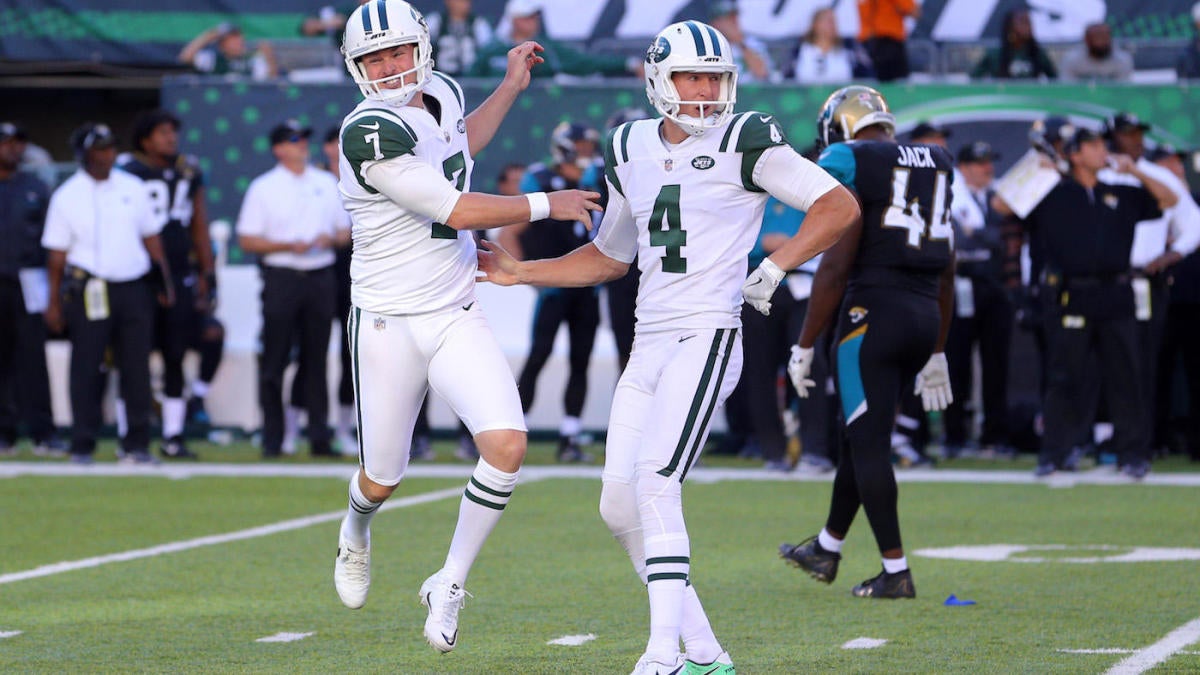 The New York Jets may have been on the search for a new kicker after Chandler Catanzaro’s preseason opener. Fortunately for the Jets, Catanzaro made that decision for them.

Catanzaro surprisingly retired from the NFL following a forgettable preseason opener in which he missed two extra points in the Jets’ 31-22 loss to the New York Giants Thursday night. Catanzaro missed a kick to the right and one to the left on his first two attempts before finally converting one with 14 seconds left in the game. He finished 1 of 3 on extra points and made his only field goal attempt, a 34-yarder, in the second quarter.

The Jets signed Taylor Bertolet to replace Catanzaro on the roster. Bertolet spent the spring of 2019 in the Alliance of American Football with the Salt Lake Stallions, hitting 9 of 14 attempts and going 4 of 7 on kicks over 50 yards. Bertolet has never kicked in a NFL regular season game and was actually signed by the Jets in 2018 to compete with Jason Myers for the starting kicking job.

Bertolet converted all four of his kicks in the 2018 preseason, but the Jets signed Myers after the Seattle Seahawks waived him in August. Myers went on to have a Pro Bowl season for the Jets, hitting 91.7 percent of his field goal kicks, including 6 of 7 from 50-plus yards out. Myers signed with the Seahawks in free agency, forcing the Jets to search for a new kicker.

Catanzaro spent the 2017 season with the Jets, hitting 25 of 30 kicks (83.3 percent) of his kicks and all of his extra points (29 of 29). In his five-year career, Catanzaro has converted 83.8 percent of his field goal attempts with the Arizona Cardinals, Tampa Bay Buccaneers, Carolina Panthers and Jets. He was 10 of 16 (62.5 percent) on kicks over 50 yards.