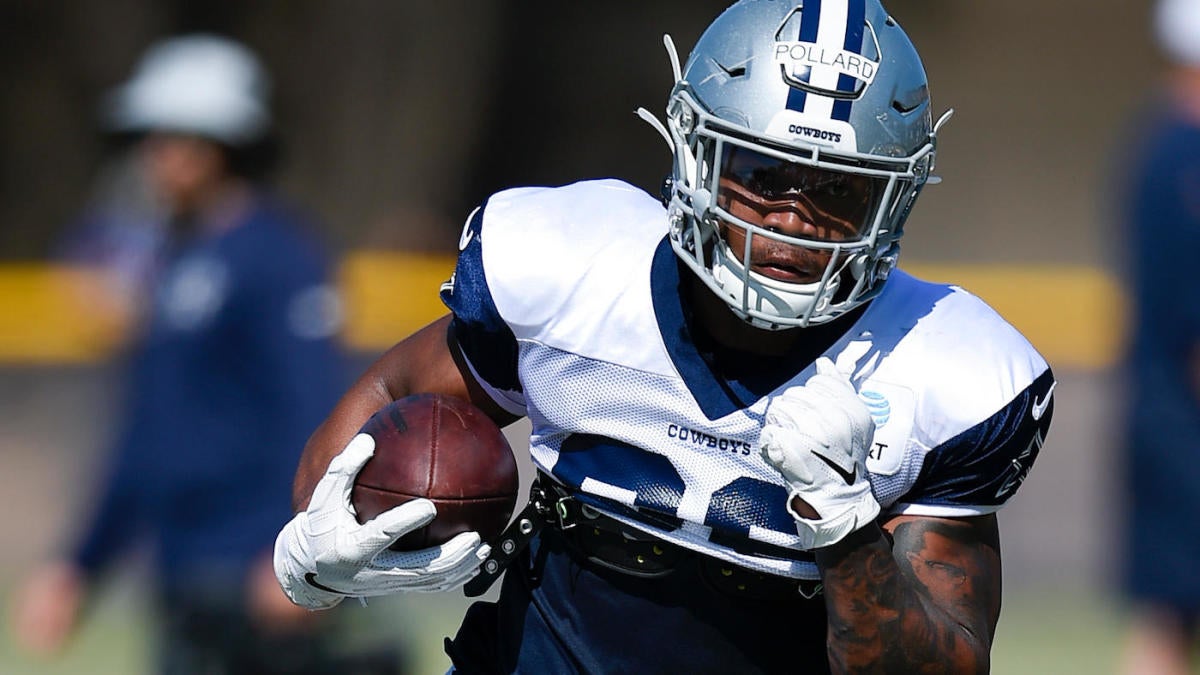 As Ezekiel Elliott continues his holdout in search of a new contract, the Dallas Cowboys are preparing in the event the superstar running back may not show up for the start of the regular season. Even if Elliott was in Cowboys camp, chances are he wouldn’t have played much of the preseason anyway (if at all).

The Cowboys are using Elliott’s absence to evaluate all the other running backs on their roster this preseason, with fourth-round draft pick Tony Pollard getting the first-team reps. Pollard had four carries for 16 yards in his debut, playing one series with the first team before being removed from the game for good (typical for many first-team players in Week 1 of the preseason).

Even though the sample size was small, Cowboys owner Jerry Jones is confident enough Pollard can be the No. 1 running back for Dallas until Elliott returns.

“I certainly thought he had a good account of himself,” Jones said, via David Helman of Cowboys.com. “He looks confident out there, we know he’s inordinately understanding of what he does and can do. We’ve seen him do it, we know he’s capable of, if he really needs to, carry the whole load.”

The Cowboys are certainly looking at all their options while Elliott continues his holdout. They signed Alfred Morris to a one-year deal earlier this month, who rushed for 790 yards and two touchdowns in two seasons in Dallas (2016 and 2017), averaging 4.3 yards per carry. When Elliott served his six-game suspension in 2017, Morris had 99 carries for 430 yards, averaging 4.3 yards per carry. Morris did not play in the preseason opener.

The Cowboys first-team offense played the entire first series of Saturday’s preseason opener against the San Francisco 49ers, giving Pollard the first crack at filling in for Elliott. Pollard, who had a nice four-yard gain on 3rd-and-2 in his short stint, has had a nice camp for the Cowboys.

Seventh-round pick Mike Weber (Ohio State) is another option the Cowboys are trying out at running back. Weber had six carries for 18 yards, entering the game on the second series. The Cowboys are giving Darius Jackson a look, but he had six carries for 16 yards later in the game with the second team. Dallas could also try a combination of Morris, Pollard and Weber until Elliott returns.

In his career at Memphis, Pollard had 1,292 receiving yards, 941 rushing yards and 25 all-purpose touchdowns as a wide receiver, running back and kick returner. Pollard, who entered the NFL Draft as a running back, had 78 carries for 552 yards (7.1 yards per carry) and six touchdowns for Memphis last year, along with 39 catches for 458 yards (11.3 yards per catch) and three touchdowns.

Pollard getting first-team reps with the Cowboys may be a blessing in disguise with his explosiveness once he gets the ball in his hands. If Elliott does end his holdout prior to the regular season, he and Pollard could form a dangerous one-two punch in the Cowboys backfield.