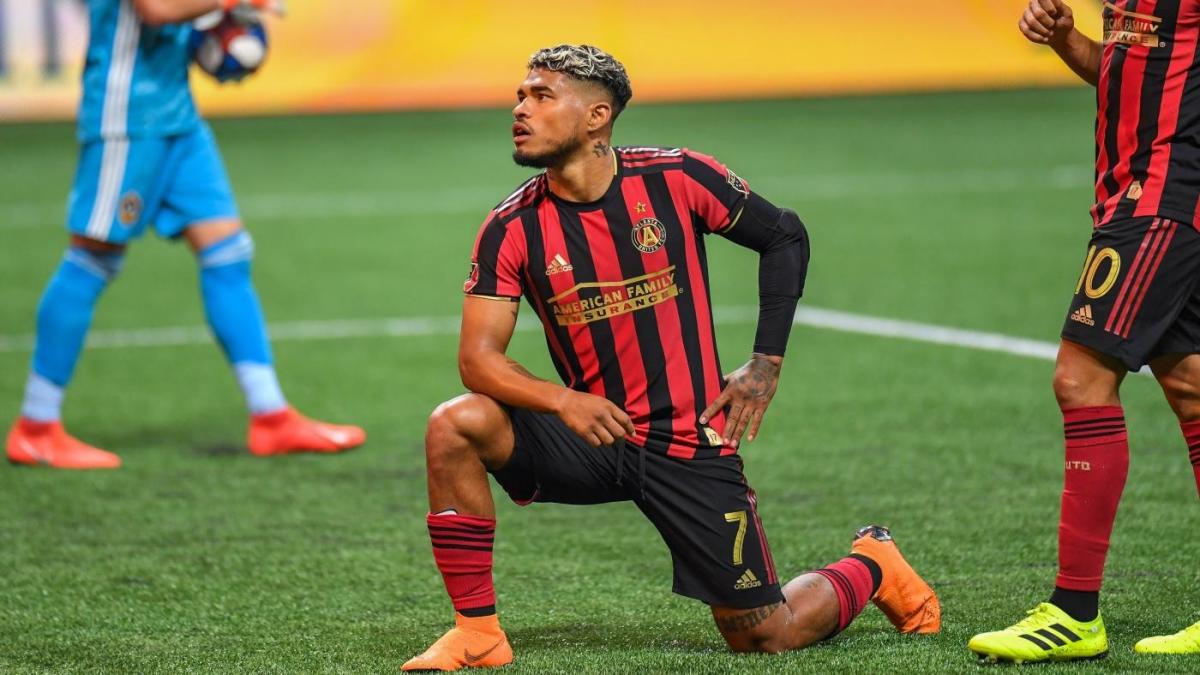 Josef Martinez has broken another MLS record. The Atlanta United star striker scored both goals in his team’s 2-1 win over NYCFC on Sunday to move into first place in the Eastern Conference, scoring in a record 10th straight league game. Martinez actually broke his own record of nine games, which he has done twice, with Portland Timbers star Diego Valeri also accomplishing the feat.

His first goal came in the 42nd minute on a delightful header where he got up, out-jumped his defender and beat Sean Johnson. Take a look:

Then in the 63rd minute, he made it 2-0 with a penalty kick. He has done away with his odd penalty run-up, instead finishing with pace:

In three seasons, Martinez has 79 goals in 88 games for Atlanta, which is an absolutely ridiculous rate of scoring. In league play, he is averaging just under a goal a game, and is out-pacing MLS leading goal scorer Chris Wondolowski by a landslide.