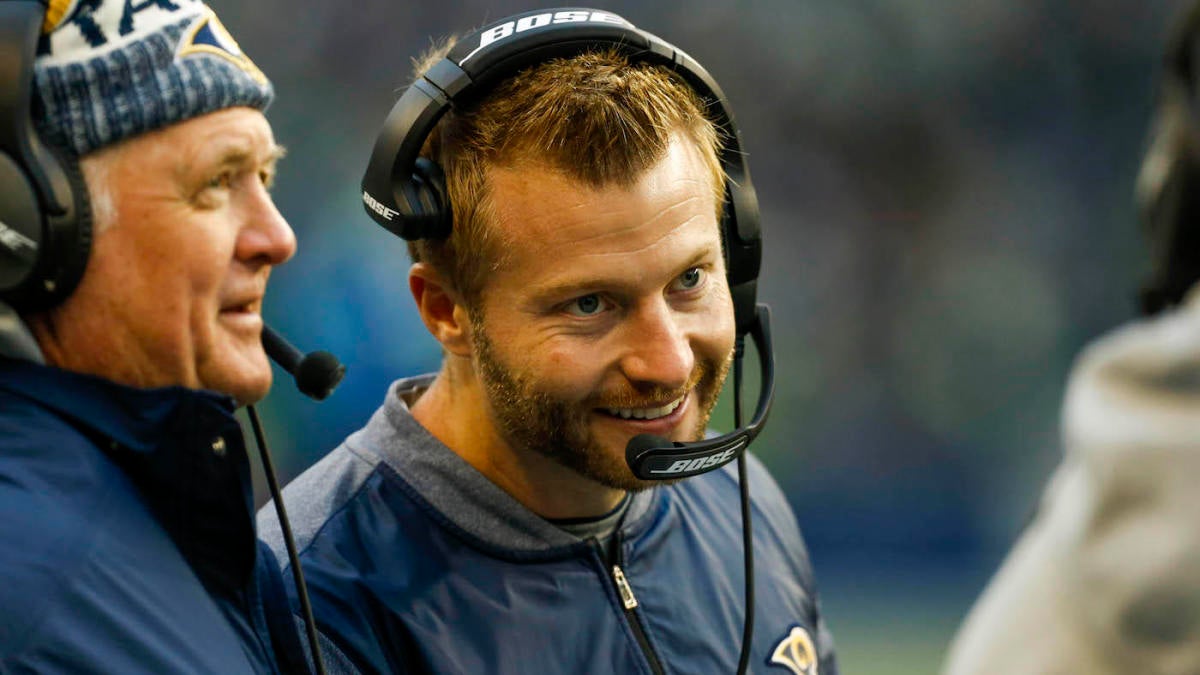 The Los Angeles Rams enter the 2019 NFL season coming off a Super Bowl loss to the New England Patriots. On Saturday night, they begin their NFL preseason schedule with a trip to Oakland to take on the Raiders. Kickoff is scheduled for 8 p.m. ET. The Raiders are 4.5-point home favorites, down one from the opener, while the over-under is 36 in the latest Rams vs. Raiders odds. Both teams recently released their first unofficial depth charts of the season, but a big performance on Saturday could drastically improve several players’ chances on both sides of making the 53-man roster. Will youngsters like Raiders receiver Hunter Renfrow or Rams safety Taylor Rapp make enough plays to help their teams win? Before you make your Rams vs. Raiders picks and NFL predictions for Saturday’s preseason games, be sure to see what SportsLine NFL guru Mike Tierney has to say.

Tierney has been a winner for SportsLine members in every sport, but the NFL is his specialty. An acclaimed sportswriter whose work appears in the New York Times and Los Angeles Times, Tierney has reported from seven Super Bowls. Now a SportsLine expert, Tierney was all over the Patriots covering in the Super Bowl, enabling him to finish the season with a sparkling 63-46 record against the spread. Anyone who has followed him is way, way up.

Now, Tierney has evaluated Rams vs. Raiders from every angle and locked in his strong pointspread pick. He’s only sharing it over at SportsLine.

Tierney knows that the Rams are benefiting from several late-round picks from the past two drafts. Sebastian Joseph-Day was a sixth-round pick out of Rutgers last season, but he’s currently listed as the starting nose tackle after an impressive training camp so far.

Wisconsin product David Edwards was a fifth-round pick this season and he’ll be tasked with protecting the blindsides of Blake Bortles and Brandon Allen most of the night. He’s the backup behind Andrew Whitworth at left tackle, and a clean pocket should give Bortles and company chances to pick apart a young Oakland secondary. The Rams are an even 4-4 in preseason games under head coach Sean McVay. L.A. beat Oakland, 19-15, in last year’s preseason.

However, just because the Rams have been the more successful franchise recently doesn’t mean they’re the best bet on the Raiders vs. Rams spread.

The Raiders have a backup quarterback battle brewing between Mike Glennon and Nathan Peterman, and that competitive intensity could help an Oakland passing attack that is completely revitalized. In addition to trading for Brown, the Raiders signed Tyrell Williams, J.J. Nelson and Ryan Grant this offseason while also drafting Clemson standout Hunter Renfrow in the fifth round.

The Raiders have spent seven draft picks in the first four rounds on defense the last two years and a number of those players will be fighting for position on the depth chart on Saturday. Undrafted free agent linebacker Jason Cabinda earned his way onto the active roster with 28 tackles last preseason and he should have playmaking opportunities behind a young and athletic Oakland defensive line.

Who wins the Raiders vs. Rams? And which critical X-factor makes one side of the spread hit hard? Visit SportsLine now to see the strong Raiders vs. Rams pick for Saturday, all from the acclaimed expert who went 63-46 on NFL picks against the spread last season, and find out.