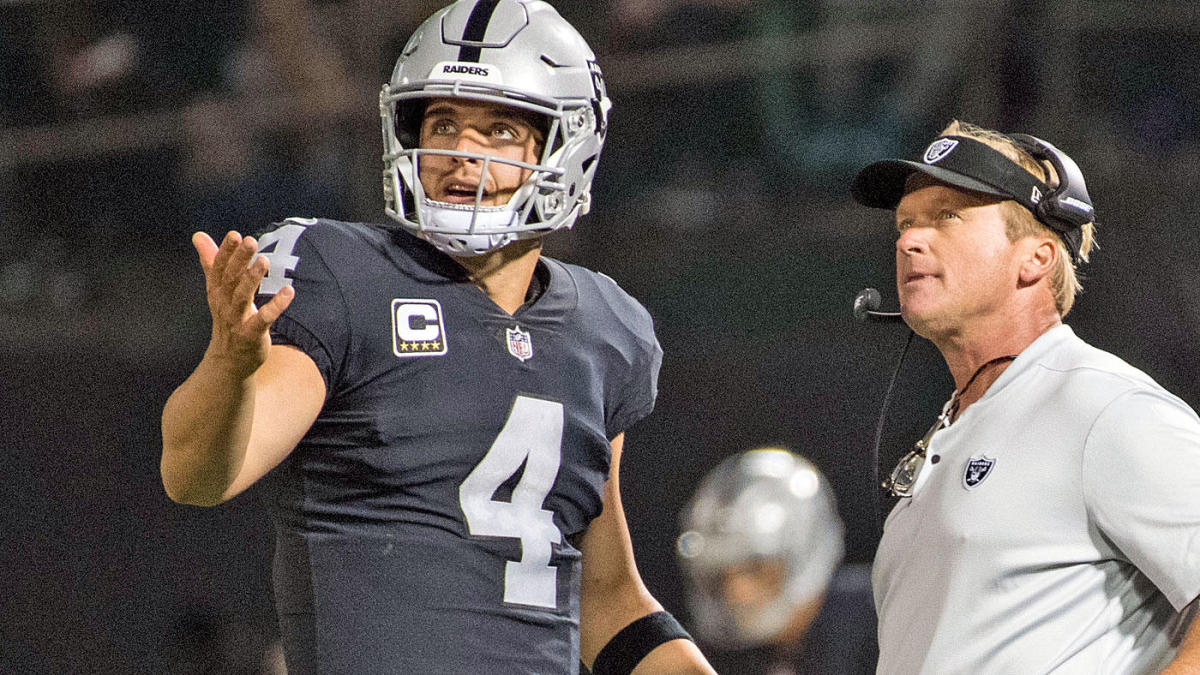 The 2019 NFL preseason begins for the Oakland Raiders and Los Angeles Rams on Saturday in the Oakland-Alameda County Coliseum. This is expected to be the last season that the Raiders play in Oakland with the newly-minted Allegiant Stadium in Las Vegas expected to be ready for the start of the 2020 season. Head coach Jon Gruden made big splashes this offseason, spending his three first-round picks on defensive end Clelin Ferrell, running back Josh Jacobs and safety Johnathan Abram while also trading for wide receiver Antonio Brown. Meanwhile, the Rams are coming off a Super Bowl loss to the Patriots and are hoping to use the preseason to establish depth with their starting lineup largely intact. Neither team’s starters are expected to play, which helps explain why Oakland is a 4.5-point home favorite in the latest Rams vs. Raiders odds, with the over-under set at 35. But before you make any Rams vs. Raiders picks, be sure to see the NFL predictions from SportsLine pro football handicapper Mike Tierney.

Tierney has been a winner for SportsLine members in every sport, but the NFL is his specialty. An acclaimed sportswriter whose work appears in the New York Times and Los Angeles Times, Tierney has reported from seven Super Bowls. Now a SportsLine expert, Tierney was all over the Patriots covering in the Super Bowl, enabling him to finish the season with a sparkling 63-46 record against the spread. Anyone who has followed him is way, way up.

Now, Tierney has evaluated Rams vs. Raiders from every angle and locked in his strong pointspread pick. He’s only sharing it over at SportsLine.

Tierney knows that Rams head coach Sean McVay has typically refrained from overworking his key players during the preseason, so don’t expect to see much, if any of Jared Goff, Todd Gurley, Brandin Cooks, Aaron Donald or Aqib Talib. However, the Rams have still gone 4-4 in the preseason under McVay and have plenty of young talent who should be able to take advantage of opportunities created by McVay’s offense and defensive coordinator Wade Phillips’ defense.

Goff’s new backup, Blake Bortles, has plenty of NFL experience after serving as the starter in Jacksonville the last five years. He should see plenty of snaps along with Rams rookie running back Darrell Henderson, who will be a key to Los Angeles’ success in 2019 with concerns over Gurley’s knee. Meanwhile, the Rams spent five draft picks on defense this offseason, and Taylor Rapp, David Long, Greg Gaines and company will all be eager to make memorable first impressions on Saturday.

However, just because the Rams have been the more successful franchise recently doesn’t mean they’re the best bet on the Raiders vs. Rams spread.

The Raiders have a backup quarterback battle brewing between Mike Glennon and Nathan Peterman, and that competitive intensity could help an Oakland passing attack that is completely revitalized. In addition to trading for Brown, the Raiders signed Tyrell Williams, J.J. Nelson and Ryan Grant this offseason while also drafting Clemson standout Hunter Renfrow in the fifth round.

The Raiders have spent seven draft picks in the first four rounds on defense the last two years and a number of those players will be fighting for position on the depth chart on Saturday. Undrafted free agent linebacker Jason Cabinda earned his way onto the active roster with 28 tackles last preseason and he should have playmaking opportunities behind a young and athletic Oakland defensive line.

Who wins the Raiders vs. Rams? And which critical X-factor makes one side of the spread hit hard? Visit SportsLine now to see the strong Raiders vs. Rams pick for Saturday, all from the acclaimed expert who went 63-46 on NFL picks against the spread last season, and find out.