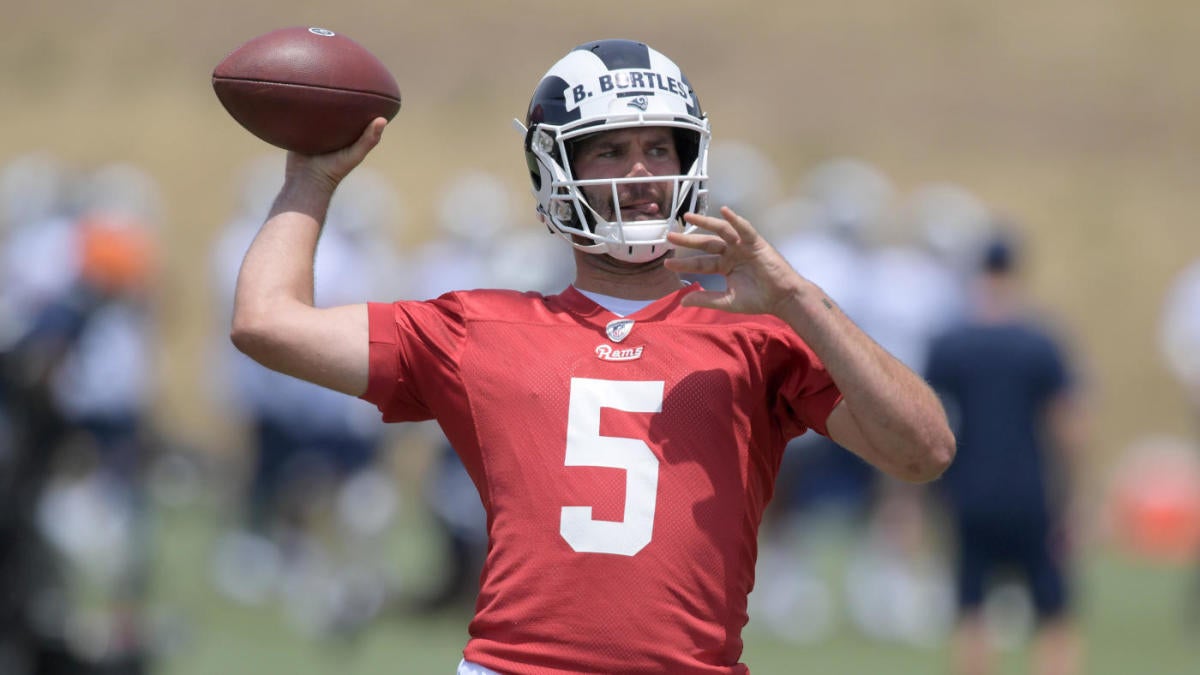 The first full weekend of the 2019 NFL preseason concludes Saturday evening with a trio of matchups that will lead to some tough decisions for NFL DFS players. After shattering multiple offensive records in 2018, the Chiefs will make their 2019 debut against the Bengals at 8 p.m. ET. Also at 8 p.m. ET, the defending NFC champions, the Los Angeles Rams, get their preseason underway against Jon Gruden’s Raiders. The evening concludes with a traditional NFC rivalry matchup between the Cowboys and 49ers at 9 p.m. ET. With all six teams expected to go deep down the depth chart in their preseason openers, you’ll want to see what Mike McClure has to say. He’s a professional DFS player with almost $2 million in career winnings and his top NFL DFS picks, optimal lineups and advice can help you crush your Saturday selections.

McClure absolutely rolled through the 2018 NFL season, cashing in the top 5 percent of tournaments on FanDuel and DraftKings multiple times. His optimal lineups cashed as high as the top 0.1 percent on FanDuel and as high as the top 1 percent on DraftKings. rostering Saints quarterback Taysom Hill on both sites Friday. The result? He threw for 80 yards and a touchdown and rushed for 45 yards on six carries. Anyone who has followed McClure’s picks has seen some huge returns. Now he’s turned his attention to Saturday’s games in Week 1 of the NFL preseason.

For Saturday’s action, where every player on FanDuel is $6,000 and every player on DraftKings is $5,500, one of McClure’s top preseason NFL DFS picks is Rams quarterback Blake Bortles. Bortles never lived up to expectations as the franchise quarterback in Jacksonville, but he gets a fresh start as the backup for the Los Angeles Rams. Sean McVay’s system is known to be extremely quarterback-friendly and Bortles should get several series as the Rams look to get him ready in case Jared Goff were to go down at any point.

Part of McClure’s optimal NFL DFS strategy for Saturday’s preseason action includes rostering Cowboys rookie running back Mike Weber, who should see extended action as Dallas looks for options during Ezekiel Elliott’s holdout. Dallas picked Weber out of Ohio State in the seventh round of the 2019 NFL Draft looking for more depth at running back.

Now, with Elliott’s status uncertain, Weber joins fellow rookie Tony Pollard as the backs who should see plenty of reps during the preseason. Expect Pollard to get most of the early reps, while Weber could get double-digit touches later in the game against the 49ers’ reserves, paving the way for big returns for NFL DFS players.

McClure is also targeting a player who could go off for massive numbers Saturday because of a dream matchup. This pick could be the difference between winning your tournaments and cash games or going home with nothing.

So who is DFS pro Mike McClure putting in his optimal NFL DFS lineups for Saturday night in Week 1 of the NFL preseason? Visit SportsLine now to see the full optimal tournament lineups from a professional DFS player who has almost $2 million in career winnings, and find out.