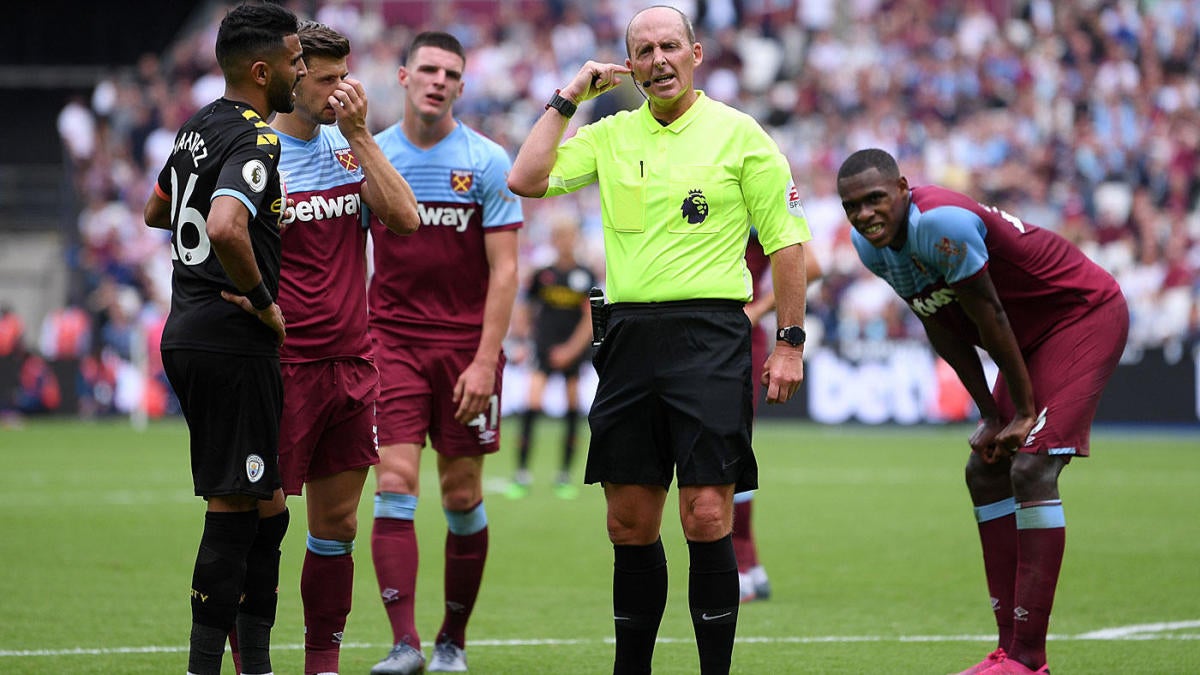 Manchester City’s 2019-20 Premier League campaign is, as expected, off to a flying start with a 5-0 win at West Ham, but the result isn’t what is making the most noise. The controversial Video Assistant Referee stole the show and delayed that game in a way that brought into question — is VAR good for the game? Raheem Sterling scored a hat trick, Gabriel Jesus scored the opener and Sergio Aguero had a second-half penalty kick initially saved, given again due to encroachment, and he made the re-take in the dominant display.

You can watch the best Premier League matches on fuboTV (Try for free).

There were numerous VAR incidents in this game, including a disallowed goal because an armpit was offside, a goal that looked off initially was reviewed and given, and we even had a penalty kick retaken because of players infiltrating the box too early. While City rolled and looked good in the process, it’s not what anyone will remember from this game.

Video assistant referees are to use VAR for “clear and obvious errors.” The problem? They aren’t.

The biggest example of this is when it was 2-0 in the second half, with Sterling being played into the box before assisting Jesus. The review determined that Sterling’s armpit was off. Yes, seriously. Take a look:

That’s not what VAR is for. Had that goal been given and not reviewed, nobody would have complained. Now, in retrospect, it didn’t make much of a difference in regards to the final score, but it’s the principle of it that has come into question and has taken away from what was a dashing display from Pep Guardiola’s side. So far, not so good for VAR in the Premier League.

City had its way as expected

Man. City dominated the ball, looked creative as can be and put five of its nine shots on frame away, surpassing Liverpool’s 4-1 win over Norwich City on Friday to move into sole possession of first place.

The visitors were quick on the counter to punish the Hammers, with City following up Jesus’ opener with this fine strike from Raheem Sterling. Check out the perfect pass from Kevin de Bruyne to send Sterling into the box:

With 15 minutes to go, Sterling got his second with this lovely finish off a pass from Riyad Mahrez. The goal was reviewed and looked set to be overturned, but it was then confirmed, much to the delight of Sterling. Here it is:

West Ham has a lot of work to do

Expectations are high for the Hammers after bringing in Sebastien Haller and Pablo Fornals, but Manuel Pellegrini’s team offered very little against a far superior opponent. The pieces are there for this team to push for seventh or eighth place, but they’ll have to stop shooting themselves in the foot with careless play at the back, poor-timed passes and other issues. A strong defense was obliterated like so many others by City, and know it will be about keeping up the effort and regaining confidence. Nobody expected West Ham to get anything from this game, but they didn’t even come close.