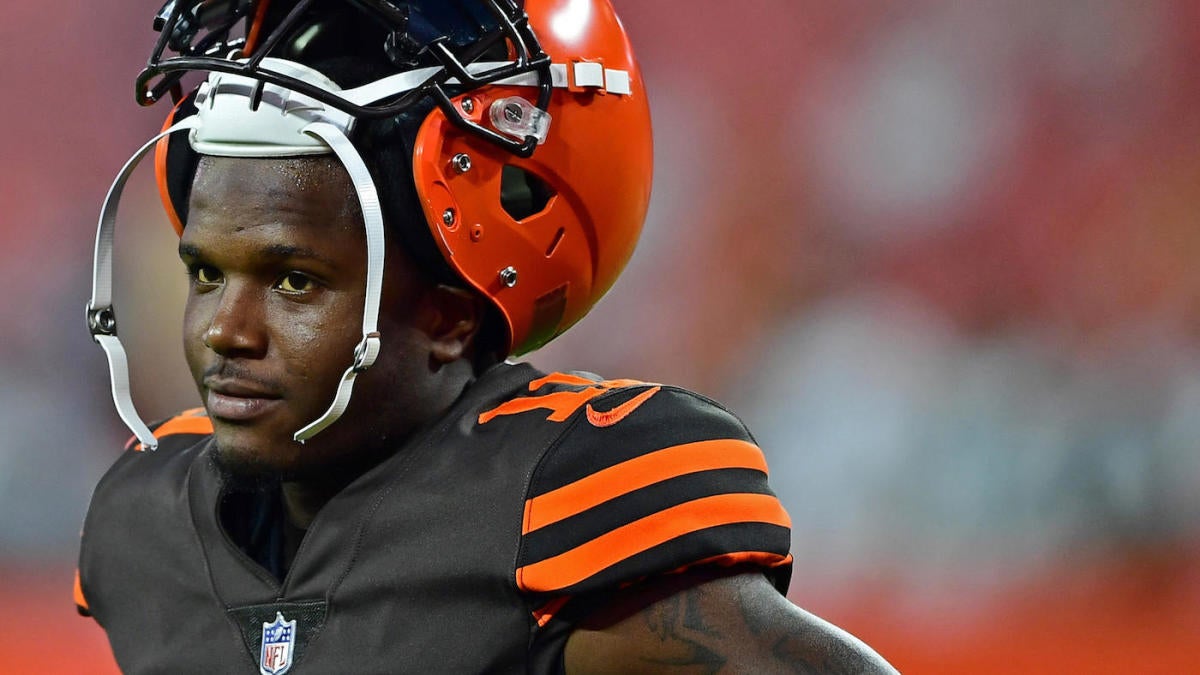 The 22-year-old isn’t having the best start to his young NFL career after being selected in the fourth round of the 2018 draft by the Cleveland Browns, and it’s probably best he grab the wheel and swerve his car into the correct lane. Looked upon to be a big part of the offensive arsenal this coming season, Callaway has instead been suspended four games for violating the league’s substance abuse policy.

It was initially believed the punishment stemmed from a 2018 incident in which the former Florida wideout was cited for marijuana possession while also driving with a suspended license, but it turns out the penalty is due to a separate incident altogether — per Mike Garofolo of NFL Network — which makes for two consecutive summers in which the Browns have had to deal with a transgression of his. A third may end up costing him his job in Cleveland, because new coach Freddie Kitchens is already at the boiling point.

Those are strong words, but Kitchens wants to be clear that he supports Callaway — albeit within reasonable limits that also happen to be shrinking quite rapidly.

“He knows what he has to do, so we’ll evaluate the situation as it goes forward,” Kitchens said. “But, yeah, if you talk about my relationship with Antonio, I’d say, ‘Yes, I like the kid.’ I think he’s a good person. Sometimes people lump these sort of things into being a bad person.

“This is a great kid now, so we’re going to support him until he proves us otherwise. He knows what he has to do, though.”

It’s a sentiment mirrored by general manager John Dorsey, who made it clear he’s “disappointed” in Callaway, noting there has been a “direct conversation about where we stand” that has also taken place.

For his part, and for what it’s worth, Callaway has taken full accountability.

“I take full responsibility for my actions,” Callaway said in a formal statement. “I made a mistake and I own that. I have taken steps to make myself better and I appreciate the Browns standing by me and supporting me during this time. I know there’s nothing I can say to regain trust.

“It will all be about my actions.”

Callaway also suffered a high ankle sprain in the Browns’ preseason opener, and has that to work through as well.

It remains unclear if Callaway will now escalate to Stage 3 of the league’s substance abuse program, where another misstep will lead to a penalty much more severe than a four-game ban. A violation in Stage 3 would see Callaway suspended for 10 games, and unlike Stage 1 or Stage 2 — which remain in place for 90 days and 24 months, respectively — Stage 3 is indefinite and for the remainder of a player’s career in the NFL. From there, Callaway would face an indefinite suspension for further violations, as seen recently with wide receiver Josh Gordon and defensive end Randy Gregory. Although the latter two have been clinically diagnosed with addiction and/or mental illness(es), the league remains strict when it comes to the policy in question — if not completely tone-deaf, at times.

This isn’t the case with Callaway, however, who appears to simply make the wrong decision much too often. The Browns are still being supportive of him, for now, but don’t expect that to continue if he doesn’t get his act together, and fast.