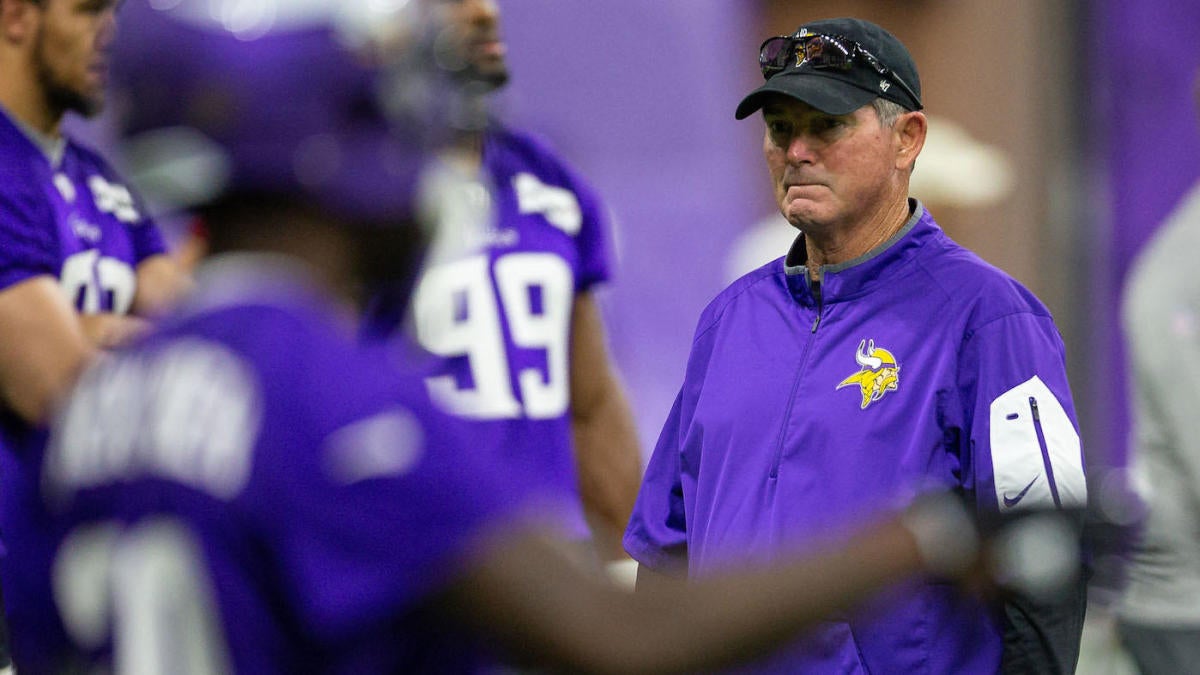 The Minnesota Vikings took an unexpected step backwards in 2018, but after some changes to the coaching staff, they are expecting big things in 2019.

Mike Zimmer is still the head coach, George Edwards is still the defensive coordinator — but former Vikings quarterbacks coach Kevin Stefanski is entering his first full season as the team’s offensive coordinator. John DeFilippo was fired after an embarrassing 21-7 loss to the Seattle Seahawks on Monday Night Football, and it quickly proved to be the right move, as Minnesota exploded for 41 points under Stefanski the following week in a blowout win over the Miami Dolphins.

Stefanski brought some creativity to this offense in the final three games of the 2018 season, and it’s a trend that expected to continue into 2019. He will also be aided by Gary Kubiak. The veteran offensive-oriented coach was hired earlier this offseason to be an assistant head coach as well as an offensive advisor.

The Vikings put quite a chunk of change into quarterback Kirk Cousins and their main objective is to take this offense and turn it into one of the most explosive in the NFL. As far as the defense goes — the Vikings want to make sure they can continue to be one of the more dominant units in the league.

Sean Mannion, who was signed by the Vikings this offseason, is currently in the lead to back up Cousins. While Kyle Sloter and Jake Browning are both intriguing prospects, the 27-year-old Mannion has the upper hand when it comes to experience. He’s the only one out of the three who has actually played in a regular-season game, but his second-string status could be temporary.

Sloter made some waves in past preseasons with the Denver Broncos and Vikings. In the preseason finale last year, he completed 11-of-15 passes for 130 yards and a touchdown in a 13-3 win over the Tennessee Titans. Browning could be another hidden gem. While he went undrafted last April, Browning threw for 12,296 yards, 94 touchdowns, and 34 interceptions during his time at the University of Washington.

Laquon Treadwell is a player to watch this season. The Vikings declined his fifth-year option in May, which means 2019 could be his last year in Minnesota. He finds himself pretty far down the depth chart and can be considered the No. 5 wide receiver right now. Directly in front of him is Chad Beebe, who went undrafted last year out of Northern Illinois. He played in three games in 2018 and made four catches for 39 yards. The Vikings are pretty high on this kid, and he could be their most dangerous secret weapon entering 2019. Another receiver that found himself high up on the depth chart was Jordan Taylor. Taylor spent the last few seasons with the Broncos before earning a one-year contract with Minnesota this offseason. He’s only made 29 catches in his NFL career, but his 6-foot-5 frame offers the Vikings a potential presence in the red zone.

The Vikings made a couple of nice additions along the offseason line as well. Veteran offensive guard Josh Kline was acquired via free agency and he can come in and make an immediate impact. The Vikings are also expecting big things from the No. 18 overall pick in the 2019 NFL Draft — Garrett Bradbury. He may be the best interior lineman in this rookie class, which is big when it comes to keeping a pocket passer like Cousins upright.

Rookie running back Alexander Mattison earned the right to back up Dalvin Cook and he could carve out a role for himself in this offense. The Boise State back rushed for 2,829 yards and 33 touchdowns during his college career and he was named First-Team All-Mountain West last year. Cook has not played a full 16 games yet in his two seasons, so Mattison could see some quality reps in 2019.

The Vikings’ depth chart on the defensive side of the ball is pretty much set when it comes to starters. This unit has a lot of star power, which is why they should expect to be one of the best in the league.

Minnesota dodged a bullet this offseason when four-time Pro-Bowl linebacker Anthony Barr backed out of his verbal agreement with the New York Jets and returned to the Vikings. He’s a big part of this unit — one that definitely would have forced the Vikings to take a step back if he decided to leave.

One position to keep an eye on is safety. While everyone knows how good Harrison Smith is, Anthony Harris is currently slated to start alongside him. He started nine games last and put up career-high numbers all across the board: 46 combined tackles, six passes defensed and his first three career interceptions. Behind Harris and Smith is where things get interesting though.

Derron Smith is currently listed as Harrison Smith’s backup. He’s had a couple of short stints with the Cleveland Browns and Cincinnati Bengals, but most recently played for the San Antonio Commanders in the Alliance of American Football League. Jayron Kearse is the other backup safety, who made 32 combined tackles and two passes defensed last season. Behind them are two rookies — Marcus Epps and Isaiah Wharton.

Epps was the second of three sixth-round picks the Vikings made in April. He made 325 tackles and nine picks during his highly-productive career at Wyoming, and while he may be a little smaller, there’s no doubt he can play.

As for Wharton, he played cornerback at Rutgers, but he made the switch to safety for the Vikings after going undrafted last April. He’s a warrior and started all 48 games in college — something he wants you to know.

“I played in one of the best conferences and divisions in college football, and I started all 48 games for a reason,” Wharton said, via NJ.com. “Obviously I’m durable, I do the right thing all the time. That’s why I was a team captain. I’m hungry. I’m an underdog. I have a chip on my shoulder. You’ll be surprised when you do the right thing how far it’ll get you. When I get to the next level I’m going to do the right things, and I’m going to take someone’s job. Because you know if they’re bringing me in, I have to take someone out. So that’s the mindset I have.”

Derron Smith and Kearse naturally have more experience than the two rookies, but they also have had their chances. At least one of these four backups is going to be cut, and it’s going to be interesting to see who can stand out among the rest.

Abdullah is clearly the first-string returner, but it would be interesting to see if Beebe can take over punt return duties when the regular season rolls around.