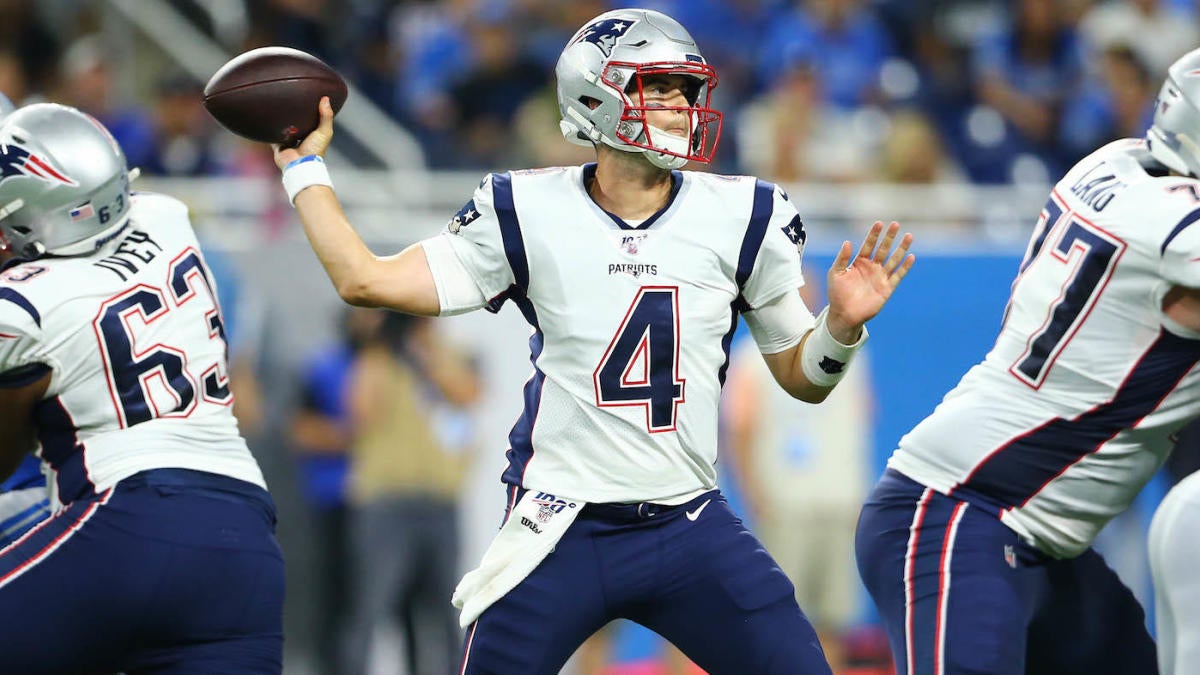 After winning three of the last five Super Bowls, there really isn’t much that’ll have the Patriots lose much sleep. If there were one thing that would give the organization pause, however, it is the underrated concern of a lack of up-and-coming young talent at key positions on the roster.

We all know Tom Brady’s age, but even franchise pillars like safeties Devin McCourty and Patrick Chung, along with receiver Julian Edelman and linebacker Dont’a Hightower, are all getting up there. That crew has headlined this second leg of the New England dynasty, but the shelf life of them being foundational pieces may be almost up. We’ve already seen one figurehead of that group in tight end Rob Gronkowski call it a career (for now) earlier this offseason and McCourty also flirted with retirement following Super Bowl LIII.

Because this group is on the back nine of their run, it puts a greater emphasis of importance on the young talent that’s coming up through the system in Foxborough. As the Patriots were able to open up the 2019 preseason by handing the Detroit Lions a 31-3 smackdown, there were some youngsters who turned in some pretty promising performances.

Again, this is preseason, so take all this with a grain of salt, but it was a step in the right direction for the Pats at some key positions.

Let’s start with the most important position on the field. Jarrett Stidham, who was taken by the Pats in the fourth round of the 2019 NFL Draft out of Auburn, really played well after taking over the reins from veteran backup Brian Hoyer, who got the start. Stidham completed 14 of 24 passes for 179 yards and a touchdown, while showing poise in the pocket. He didn’t seem lost in the complex Patriots offense, had the wherewithal to throw the ball away when he needed to and at least should have had one more touchdown to his credit that was dropped. He did fade a little bit towards the end of the contest, which could have either been due to fatigue or the lack of reliable weapons around him.

“I think the more I’m just doing it, the more comfortable I feel, and that sort of thing – and Josh (McDaniels) has been extremely good in the meeting room,” Stidham said after the game. “He’s a great teacher. I’m just trying to take as much in from him and Tom (Brady), and Brian (Hoyer), and Mick (Lombardi) as much as I can and just really trying to improve every single day.”

Stidham has impressed so far in camp and his development will be worth watching, especially with Tom Brady’s contract situation beyond 2019 being up in the air.

The jury is still out on whether or not he can be the heir apparent to Brady, but Brian Hoyer, who completed 12 of 14 for 147 yards and two touchdowns, played like a guy who was looking over his shoulder for the backup role on New England’s roster.

New England’s third-round pick Chase Winovich had a solid homecoming in his debut. The former Michigan Wolverine was able to provide solid pressure totaling 1.5 sacks and three total tackles. On his solo sack, the 6-foot-3, 250-pounder had great timing, sliding underneath his blocker to get at the quarterback.

“I felt like I had a good get-off, had the edge, so I slipped it,” Winovich said of his first sack. “I was worried I might’ve been a little low at first, so I was looking around for the penalty, but it wasn’t. I was like, ‘OK, alright! We’re good!'”

The Patriots’ first-round receiver didn’t play a ton, but when he was on the field, the Arizona State product flashed his potential. He hauled in both of his targets for 36 yards in the win. The first grab showed off his hands on a comebacker, diving for the ball toward the sideline. His second grab, however, was arguably more impressive as he was able to rise up over his defender and make the turnaround catch.

Harry didn’t see any real action after he came up limping following that catch. He was dealing with a hamstring issue, which does beg the question why he was out there in the first place. In any event, it was a solid (albeit brief) showing from what promises to be a key piece in the Patriots offense.

We tried to warn you about Jakobi Myers. The undrafted receiver out of NC State has been impressing all training camp (catching the eye of Tom Brady) and was able to carry over that success into the preseason opener. He finished his night with a game-high six catches for 69 yards and two touchdowns, one from Hoyer and one from Stidham.

Meyers is a big slot receiver that has eased into the offense seamlessly. While the departure of Gronkowski has been the major story focused on this offseason offensively, New England also saw Chris Hogan and Cordarrelle Patterson leave, putting even more targets up to grab for the likes of Meyers.

“I want to be great and I want to be in a position where they can depend on me, trust in me on tough downs,” he said. “At the same time, we have a lot of great players on our team and all I have to do is listen. If I’m doing what they tell them to do, then I’ll just stick around.”

He added: “I don’t want to say [the strong preseason debut] doesn’t matter, but I have to keep proving to my coaches that I deserve to be here. I’m not on the team yet. I’m trying to make sure I can stay here and continue to be here. That’s really who I’m trying to prove a point to, not really to people who didn’t give me the call.”