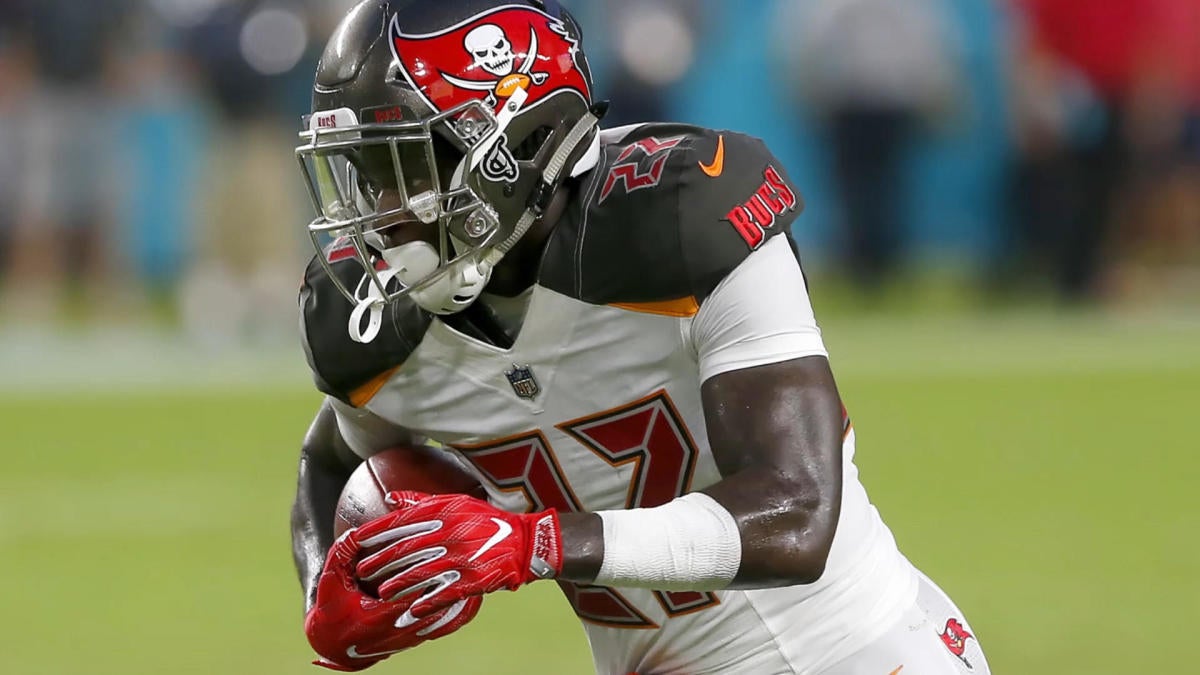 A new era gets underway for the Pittsburgh Steelers on Friday evening when they take on the Tampa Bay Buccaneers at 7:30 p.m. ET in the preseason opener for both teams. Key offensive pieces Antonio Brown and Le’Veon Bell have officially moved on, so NFL DFS players will be studying Pittsburgh’s revamped depth chart and looking for value picks who will put up big numbers in the exhibition setting on Friday. In the second game of the evening, Vikings vs. Saints, there are plenty of intriguing quarterbacks such as Teddy Bridgewater, Taysom Hill, Sean Mannion and Jake Browning who could all see significant playing time. Before making the call on players such as these and setting any NFL DFS lineups for Friday’s NFL preseason action on a daily Fantasy site such as DraftKings or FanDuel, you’ll first want to see what Mike McClure has to say. He’s won almost $2 million as a professional DFS player and his top NFL DFS picks, lineups and advice can help you predict how Friday night’s preseason action will play out.

McClure absolutely rolled through the 2018 NFL season, cashing in the top 5 percent of tournaments on FanDuel and DraftKings multiple times. His optimal lineups cashed as high as the top 0.1 percent on FanDuel and as high as the top 1 percent on DraftKings. He’s made some spot-on selections in the preseason thus far as well, picking Falcons quarterback Kurt Benkert (185 yards, TD) on both sites for the Hall of Fame Game. He also rostered the Ravens‘ defense on Thursday of Week 1. The result? They blanked the Jaguars and recorded four sacks and two INTs. Anyone who has followed McClure’s picks has seen some huge returns. Now he’s turned his attention to Friday’s games in Week 1 of the NFL preseason.

For Friday’s action, where every player on FanDuel is $6,000 and every player on DraftKings is $5,500, one of McClure’s top NFL DFS picks is Steelers wide receiver James Washington. He only caught 16 passes for 217 yards and a score in 2018, but six of those catches and 129 of the yards came in two of his final three games. And Washington had one of the top overall performances in the 2018 preseason when he exploded for an incredible 5/114/2 line against the Packers, so he’s capable of putting up massive numbers in this setting.

Part of McClure’s optimal NFL DFS strategy for Friday includes rostering Bucs running back Ronald Jones. Jones, a second-round pick out of USC in 2018, had high expectations put on him entering the league last season. Ultimately he fell well short of those, appearing in just nine games and taking only 23 carries on the season.

But new coach Bruce Arians has had positive reviews of him in the preseason, and a clean bill of health and a new offensive system might be just what he needs to get him going. Regardless, expect Tampa Bay to give him plenty of looks on Friday against the Steelers as the new staff looks to gauge what they have in the talented second-year back before the regular season gets underway.

McClure is also targeting a player who could go off for massive numbers Friday because of a dream matchup. This pick could be the difference between winning your tournaments and cash games or going home with nothing.

So who is DFS pro Mike McClure putting in his optimal NFL DFS lineups for Friday night in Week 1 of the NFL preseason? Visit SportsLine now to see the full optimal tournament lineups from a professional DFS player who has almost $2 million in career winnings, and find out.