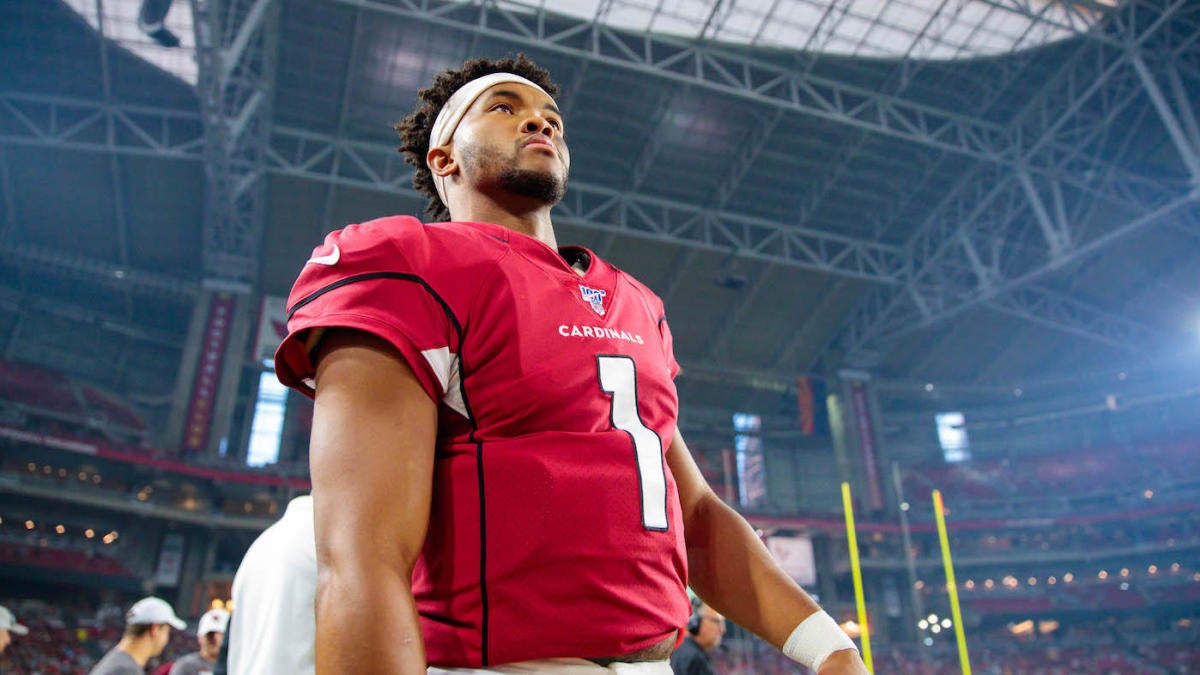 The No. 1 overall pick in the 2019 NFL Draft played just one drive in the Cardinals’ exhibition opener against the Los Angeles Chargers, but that was enough to preview what Arizona is getting out of their new franchise cornerstone.

After Chargers running back Austin Ekeler fumbled at the Arizona 2-yard-line, Murray took the field in the shadow of his own end zone and went on a 10-play drive. He showcased his mobility and ability to release the ball from different arm slots. Murray completed 6-of-7 passes for 44 passing yards before the Cardinals were forced to punt it away.

Murray’s lone incompletion was to KeeSean Johnson, who stepped out of bounds making him an ineligible receiver. On that play, Murray was flushed out of the pocket, but he was able to escape pressure and deliver a strike to Johnson in-bounds, despite it not counting due to the receiver’s infraction. The former Oklahoma quarterback was sacked on his final taste of game-action on the night on a play where the Chargers had a clean lane to Murray.

“I was definitely itching for more,” Murray said of his first game-action in the NFL. “I thought I was going to get at least two drives, but, I mean, it is what it is. [Head coach Kliff Kingsbury] did say we might get to play a little more next week, so we’ll see however long that is, but I understand. We’re just getting ready for the regular season.”

When asked if he tried to convince Kliff Kingsbury to get back out there, he said, “I just asked him if we were done twice and he said, ‘Yeah, we’re done.'”

While Kingsbury did limit his rookie quarterback in the opener, he did like what he saw in that brief showing, saying “I think he made quick decisions. That’s what we’re looking for. Operated well and took care of the football.”

Murray could follow in the footsteps of running back Saquon Barkley who earned the NFL‘s 2018 Rookie of the Year award on route to helping his fantasy football owners win their leagues. CBS Fantasy Senior Editor Jamey Eisenberg recently named Murray one of his breakout picks at quarterback for the 2019 fantasy season.

“I admit, I have a little bit of a crush on Murray as a Fantasy option, and I have since he was selected No. 1 overall in the NFL Draft by Arizona,” Eisenberg said. “Murray might be small at 5-foot-10, which could lead to him being an injury risk. But the upside for him in Kliff Kingsbury’s offense could be amazing. The Cardinals are going to run a lot of plays, and Murray will have the chance to run as well. Remember, he had over 4,000 passing yards and 1,000 rushing yards last season at Oklahoma, so the potential for a big season is there. He’s worth drafting as a No. 1 quarterback in all leagues, and I expect him to finish as a top-10 passer in 2019.”

Next up for Murray and the Cardinals is an exhibition with the Oakland Raiders on August 15.